Traffic jams can be indirectly attributed to employers 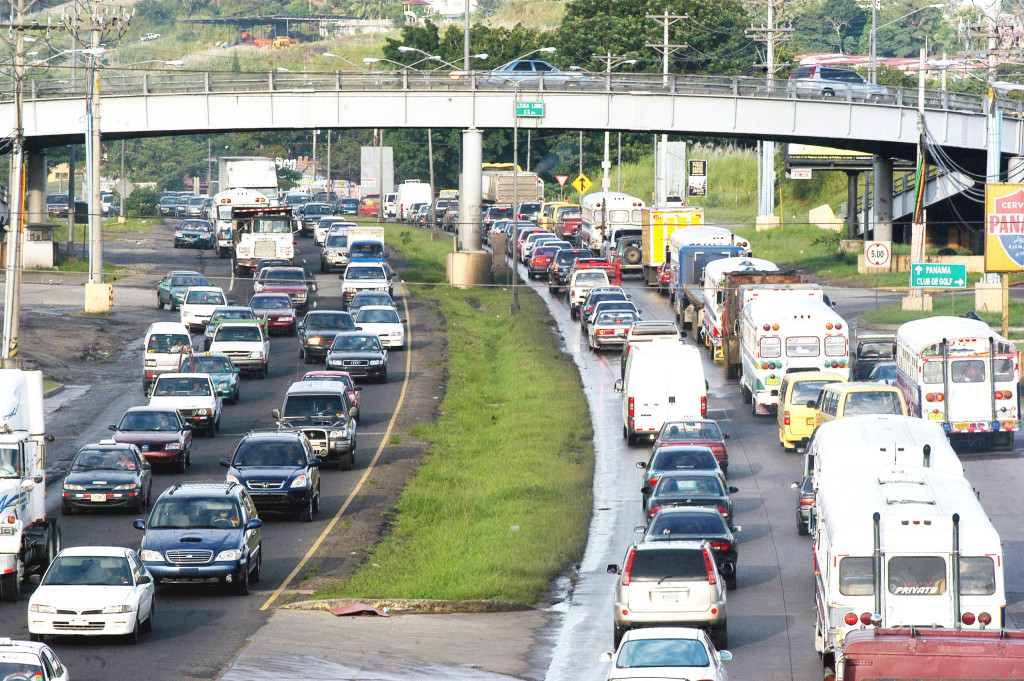 Are you tired of traffic jams? Why do we have traffic jams? To put it bluntly, because the only one who suffers the real cost of traffic jams are the masses. The only people that suffer are the middle-class and the poor. The rich can use helicopters or be driven in fully functional mobile offices.

I just got back from Panamá City, Panamá in after attending a dear aunts funeral. I landed in the Tocumen International Airport in Panamá about 3:00 PM. The traffic leaving the airport was horrendous. I had not been in Panamá for 5 years. The traffic has always been bad.

While flying in it was amazing how different the skyline is after just 5 years. I was just amazed at my country of birth having a skyline that rivaled Houston, New York, or Shanghai. I wondered who could possibly be living and working in the thousands of units in the center of the city. Did the masses suddenly get large pay increases? Did the masses start getting paid their real worth. Of course not.

As my cousin drove through the traffic jam I started asking a slew of questions. My cousin is an admeasurer for the Panamá Canal. He determines how much each ship will pay to transit the canal. The amounts are mind boggling. The Canal workers have prized jobs. They get U.S. type wages. However the masses make very little. Five hundred dollars a month for a secretary is not unheard of.

Canal Workers and some professionals can generally afford to live in or close to Panamá City. Most others cannot. They must live many miles away from town. The roads to get into town are congested. Congestion can begin as early as 4:00 AM. Some may spend three hours in their cars trying to travel under 60 kilometers or so. Some areas have toll roads. Some of the toll rates would be equivalent to more than half a user’s daily income. As such many of these roads are empty, driven mostly by those with nice or luxury cars.

Panamá has a severe case of traffic jams. But throughout the world including here in the United States, the masses are forced into this condition on a daily bases. It causes stress. It robs time away from our loved ones. It cheats us of a life that should be much better.

If the cost of systemic traffic jams were being placed on those who are ultimately responsible for them, we would have better roads, better public transportation, and better paid employees. How?

60 minutes interviewed Apple’s Tim Cook. They covered major corporations keeping their money overseas in order to avoid U.S. taxes. They spoke about lack of skilled workers in the United States in the same context. What they failed to cover is how successful tax avoidance by corporations and the wealthy are making lives miserable.

When the wealthy and corporations fail to pay taxes, it cripples education, infrastructure, health care, and much more. And yes, it causes traffic jams.

The masses cannot afford to live close to the employers. They are forced to commute to serve the rich and their employer on their own dime. In other words, the employer implicitly forces them to live far away from their place of employment and the time necessary to go serve that employer is not compensated but required.

When we fix traffic jams, we would have likely fixed most of our problems. Let us get busy for 2016.

I covered this topic on Politics Done Right and had quite a bit of interesting callers.