The immorality of ‘Pro-Lifers’ on ACA Medicaid Expansion is palpable 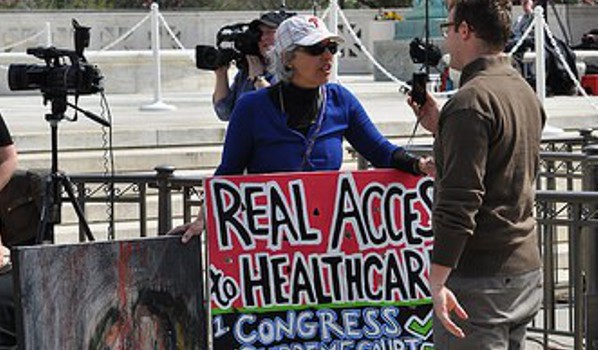 States dominated by the so called ‘Pro-Life’ movement are knowingly killing many of their own. Is that a harsh statement? It absolutely is. When it comes to the lives of our fellow Americans, our relatives, our friends, our acquaintances who are dying because they lack healthcare that would be there with the stroke of a Red State governor’s pen, political correctness is inappropriate.

First the numbers. By refusing to accept the Medicaid Expansion to the Affordable Care Act, Red State politicians have sentenced up to 17,104 to death for the lack of health care insurance. Texas alone, my state, is killing up to 3,035 of its citizens every single year. Luckily, Louisiana elected a Democratic governor who is intent on throwing GOP Governor Bobby Jindal’s immoral policy to the curb as he begins the process of instituting the Medicaid Expansion in his state.

What makes the policies of the Red State governors so immoral and egregious is that the cost to cover these uninsured citizens is zero dollars for the first three years of the implementation of the Affordable Care Act. After three years the state is only responsible for 10% of the cost.

Even if the states did not want to ever pay the 10% after three years, the moral thing would be to accept the program to keep thousands of citizens from dying prematurely for the first three years. Ironically. states never seem to have problems finding monies to give tax credits to corporations for what generally result in unrealized economic gains for the population at large.

It is easy to run around claiming you value life. In order to value life, you must value the living.