Rachel Maddow has been digging beyond the rhetoric of a  mass movement on the Democratic side and has a rather stark warning that should be heeded. It is a reality not mentioned likely because lower voter turnout usually bodes well for the more conservative candidate. In the case of Clinton v Sanders, the party’s silence is likely probative.

Maddow has been consistently raising concerns about this issue. Roland Martin recently scolded the Democratic Party for not registering millions of voters in Texas, Georgia, and other states with a high percentage of unregistered likely Democratic voters. 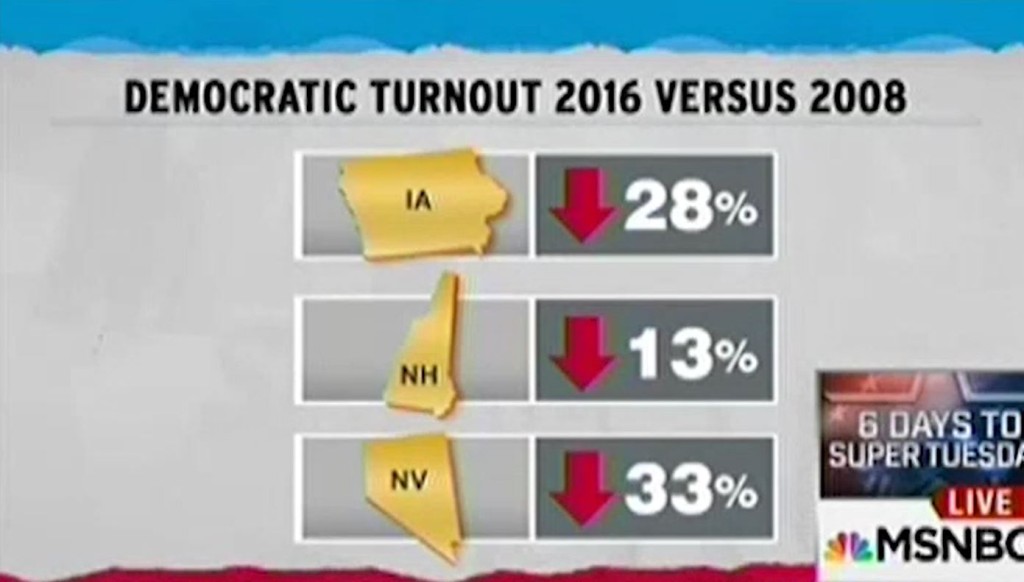 Rachel noted that early voting is down 50% in Texas from 2008 for Democrats. Of course 2008 had one of the most vibrant Democratic Primaries in Texas between Barack Obama and Hillary Clinton.

“Falling well short of the voter enthusiasm from that year is not a good thing for the Democratic Party this year,” Maddow said. “Whatever you think of the comparative merits of the Republican field and the Democratic field right now, the Republican field is consistently making more people turn out to vote. They are setting records. Democrats aren’t getting anywhere near their records. If the Democrats cannot fix that by November that will be an ominous sign for the general election. And it is therefore something that the Democratic Party and both their candidates should start having both an explanation for and a ready plan to fix it as part of their basic pitch for electability.” 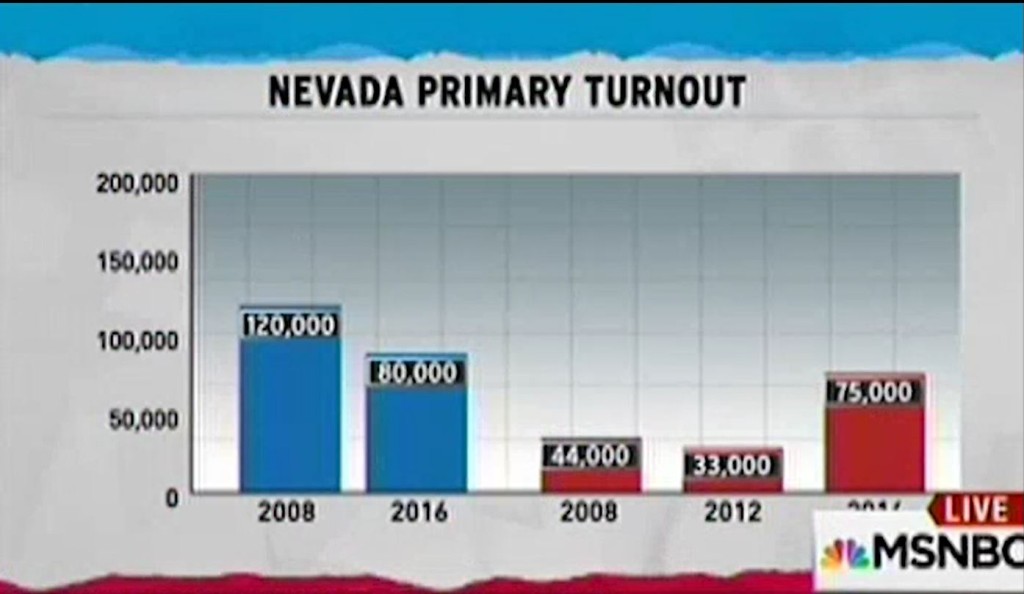 Rachel showed the chart above which illustrates the problem facing Democrats so far in the 2016 primaries. If voters stay on the sidelines then they would deserve the government that others elect for them.