Russ Towers, a gay Texas Republican and Lamar county clerk, was defeated by a woman with an extensive criminal record in the Republican primary. Was this a case of uninformed voters or voters willing to entrust a county's fiscal well-being to someone with several criminal offenses?

Lamar County is about 100 miles northeast of Dallas in very conservative East Texas. It is a beautiful area of Texas. It is an area of Texas, where many Houston cyclists enjoy for the piney woods and folks that are simply very amiable and hospitable.

The problem is that one can be amiable and hospitable even as generations of prejudice destroy logical thinking. This is likely the trap that Russ Towers fell into.

Russ Towers is an openly gay man. He returned to Paris, Texas,  a Lamar County town to be close to his family. He was hired by then county clerk Kathy Marlowe to work elections and voter registration. Soon thereafter he was appointed to lead the newly created office, the Office of Election Administrator. When Kathy Marlowe retired, Towers was appointed to the County Clerk position.

Towers said he was appointed because of the experience he had at the County Clerk's office as well as the rapport that he built with both the voters and the elected officials. In fact, this gay man was appointed by a unanimous vote by Lamar County commissioners, all Republicans. They all knew Towers is gay.

To keep his position, Towers had to run in the 2016 primaries. Given that there were no Democrats are running, the winner of the Republican Primary would effectively be the Lamar County Clerk. Russ was challenged in the Republican primary by Ruth Sisson.

Who is Ruth Sisson? 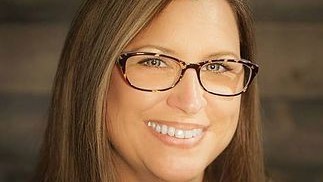 Ruth Sisson campaign
In her campaign platform, Ruth Sisson promises to “sustain the quality of Lamar County with integrity and family values.”

Ruth Sisson is an interesting character. According she has a rather extensive Criminal and Civil case history. She has been arrested several times. Sisson's civil and criminal history was described by the Texas Observer as follows:

Although Sisson has been arrested at least three times, records show that nine of the 12 theft cases against her were dismissed after she paid restitution. In the other cases, she pleaded guilty or no contest and was ordered to pay fines and court costs.

In addition to civil and criminal woes, public records search on Sisson turned up evidence of possible racism. In 2010, Sisson’s sister-in-law accused her of making harassing phone calls and using a racial slur, according to Lamar County sheriff’s records. The county clerk hopeful denied making the calls — in which she allegedly called her sister-in-law a “nigger lover” — and no charges were filed.

In 2009, Sisson kicked her daughter out of the house before reporting her as a runaway, sheriff’s records show. A woman who worked for Sisson later told deputies she was angry that her daughter had a black boyfriend.

Russ Towers never hid his sexuality. In fact, after the Supreme Court affirmed the right of same-sex couples to get married he was interviewed and made it clear he would be abiding by the Supreme Court's decision.

Ruth Sisson campaigned on a family values platform. Does her record give the impression that family values are her strong points? It seems people selectively define family values on a case by case basis in Lamar County.

By all accounts, Russ Towers performed excellently for the county. In fact, several appointments are probative. It could not have been easy for Lamar County judges to appoint him.

Ruth Sisson will be responsible for a budget of $500,000. For someone who could not keep her finances straight, for a woman who had to be sued for payments, it is difficult to understand why Lamar County residents would allow her to serve.

The answer is twofold. The first is a conservative culture that allows one to lie to oneself in order to abide by outdated and irrational tenets. The second is utter ignorance. While the Texas Observer detailed who Ruth Sisson really is, the local newspapers did not print anything with regards to her poor judgment and proclivity for financial irresponsibility.

The County Clerk race became the family values woman against the gay guy. In any conservative county in Texas, the bias is obvious. Towers came within 150 votes or so of winning. Inasmuch as he feels the sting of an unjust loss, the numbers say even the most conservative parts of Texas are becoming more progressive.

Towers was demoralized after the race. He said he has given up on politics. I urged him to stay engaged. After-all, that is exactly what a 'status quo' driven plutocracy wants. They want the masses to be so beaten down that only the elites selected few or their puppets hold positions of power.

I did not want this story to take on a political party aspect. But later I decided to ask Towers a few questions about his relationship with the Republican Party. I received his answers earlier today. He said the following

Well said Russ Towers. While this loss is painful, the story is a story that will open the eyes of some. It will move people one step closer to rationality. Your loss will play a part in a future win by you or by someone who shares your LGBT values, your beliefs, and your being.