Bernie Sanders will take it no more

It was bound to happen. While the two major candidates left in the Democratic Party presidential primaries were giving the semblance of being nice to each other, it had to come to a boil.

Many claim that the differences between the policies of Hillary Clinton and Bernie Sanders are minimal. As such, they argue, coalescing around the “only outcome” would be a foregone conclusion and if Bernie Sanders plays nice, that would be the case.

The delegate math for Bernie Sanders is next to impossible barring a Hillary Clinton implosion or the materialization of the political revolution Sanders is attempting. Sanders’ recent wins, including the near-record turnout in Wisconsin, may be giving him hope that the spark is about to hit gasoline-soaked hay.

The problem is that one never knows at what point a stressed electorate will throw conventional wisdom to the wind. Is the American electorate at a tipping point?

It’s clear that Republicans have already tipped. The reality is that they went over the cliff with the election of President Barack Obama, and the representatives they send to Congress and state legislatures prove it. Their two presidential frontrunners prove it. Anyone who believes the Republican establishment can reign in the horses has not engaged their grassroots.

It’s easy to see why the Democratic establishment thought that even a flawed candidate could easily win and history could be made: The Democrats could elect America’s first woman president. 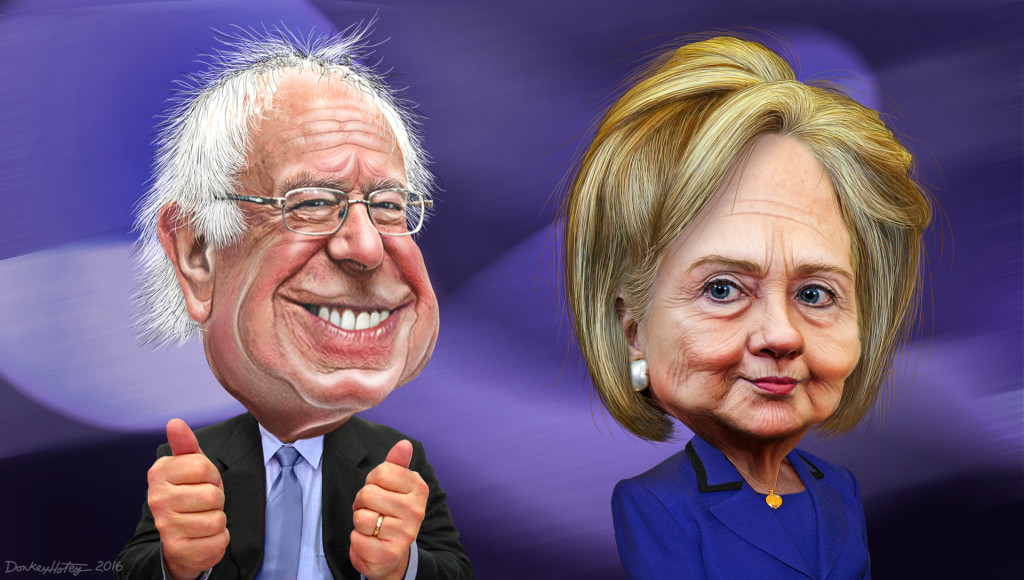 But the status quo is not as formidable as it used to be. Fewer people get scared by propaganda. A plurality of the populace no longer believes the traditional mainstream media. And while money in politics is still important, both Bernie Sanders and Donald Trump redefined its sources.

Trump proved the fungibility of money as he used the media to get $2 billion of free coverage. With his record-breaking crowdsourcing, Sanders proved that message and sincerity have value.

Hillary Clinton has to be wondering if her party will tip as the Republican Party did. From a probability standpoint, it’s unlikely. From a mathematical point of view, it is still possible.

Clinton sharpened the scalpel. She decided she could no longer treat Bernie Sanders with kid gloves: It had to be death by a million cuts. While Bernie Sanders hammers her for her chumminess with the wealthy and wonders where her allegiances lie, she inferred he was unqualified for the presidency and questioned his allegiance to the Democratic Party.

This week Sanders decided not to take it anymore and responded harshly. He said aloud what many believe he felt all along but was not willing to say for the sake of party unity.

“She has been saying lately that she thinks that I am ‘not qualified’ to be president,” Sanders said at a recent rally. “Well, let me, let me just say in response to Secretary Clinton: I don’t believe that she is qualified, if she is, through her super PAC, taking tens of millions of dollars in special interest funds. I don’t think that you are qualified if you get $15 million from Wall Street through your super PAC.”

Sanders also mentioned trade agreements and her support for the war in Iraq, and these are things that he has said before. This time, it was the tone that was different.

Both Hillary Clinton and Bernie Sanders want to win. Sanders genuinely believes he can win, and more importantly, he believes he needs to win. The conviction is palpable. It is the closest he has been to the type of government he wants. He can taste it and he believes Americans may be freeing themselves to do so as well. After all, many believe they have nothing to lose.

While Democrats have been basking in the civil war occurring in the Republican Party, they should have been looking in the mirror. Here is a reality: There is not a whole lot of difference between ideologies on the right. Even their outcast Donald Trump has acquiesced to their most draconian tenets. The difference between the establishment Democrats and the ideological Democrats is a wide gulf connected by a thin sheet of ice. It seems like that sheet is cracking and about to break.

It would be ironic if Trump is the one who reaches the magic delegate number—and Democrats end up with a contested convention.

I covered this subject on my Politics Done Right show. I received very good calls from both Democrats and Republicans with very interesting perspectives. Check out the show here.