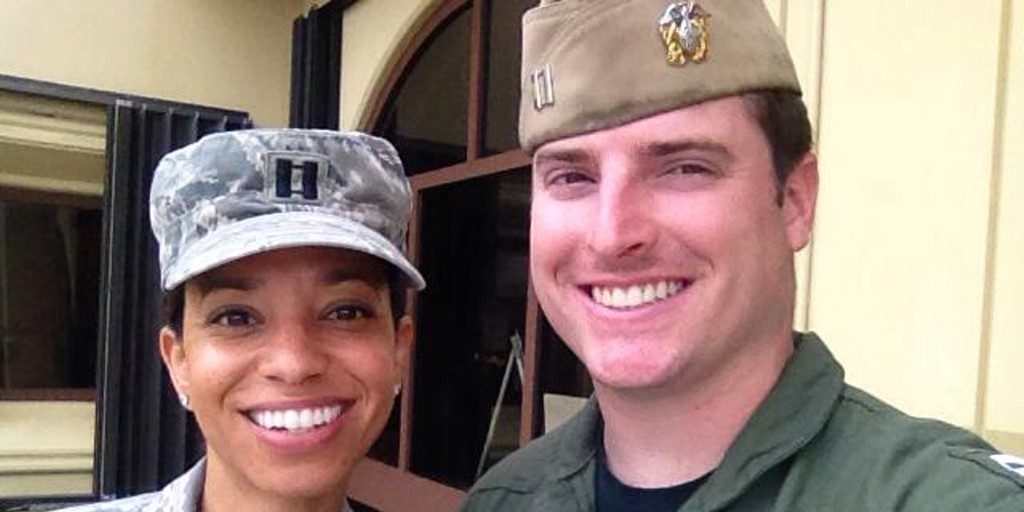 Lt. Jack McCain usually keeps a pretty low profile on social media, but after an Old Navy ad featuring an interracial couple received racist backlash last week, the Navy helicopter pilot threw in his two cents — and then some.

McCain, son of Arizona Republican Sen. John McCain, tweeted photos of himself and his wife, Capt. Renee Swift McCain, an Air Force Reserve officer who is black, both in uniform and at their 2013 wedding, with a message for any haters: "Eat it."

"The mere fact that this is a conversation in the year 2016 is disheartening enough, and why this type of response — like the one aimed at Old Navy — merits conversation," McCain told Navy Times Tuesday.

It is actually refreshing in these Donald Trump days, to see members of his party come out against prejudice. While no one should believe Republicans are inherently prejudice, it is time for those that believe in the melting pot that has made who we are to speak up loudly and clearly.

It was evident Jack McCain wanted to rub it in.  He tweeted the following.

I hope this one burns too, you ignorant racists. Here is us on our wedding day. @Reneeitchka pic.twitter.com/1VSd2gqH9W

I was just in @OldNavy this weekend! Bought something for me and my husband. #LoveWins pic.twitter.com/fE5s97yDny