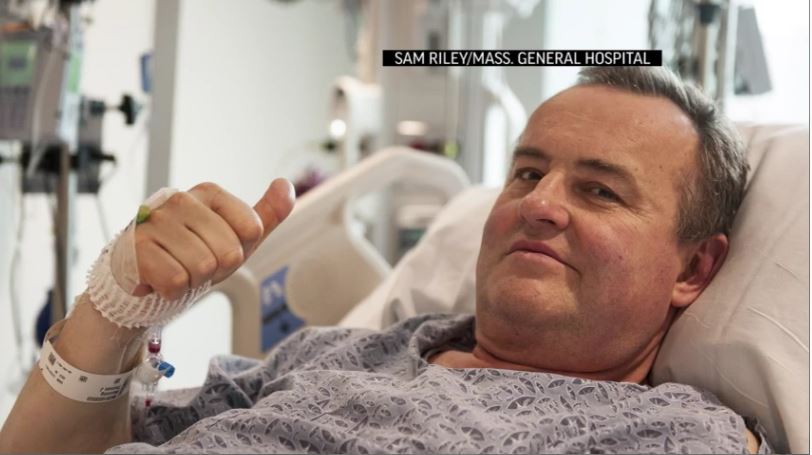 Doctors say the U.S.' first recipient of a transplanted penis is recovering well from the delicate surgery. In a statement, Thomas Manning, the recipient, said he's filled with hope for others who have suffered genital injuries. AP

Surgeons in Boston have performed the first penile transplant in the United States, a procedure that soon could help severely wounded troops, surgeons at Massachusetts General Hospital said Monday.

Thomas Manning, 64, whose penis was removed in 2012 due to penile cancer, is recovering well and showing no signs of rejecting the transplant, his surgeons said.

“Today I begin a new chapter filled with personal hope and hope for others who have suffered genital injuries, particularly for our servicemembers who put their lives on the line and suffer serious damage as a result,” Manning said in a statement.

Zubik v. Burwell was supposed to be an epic showdown over the power of religious objectors to limit the rights of others. A sequel to the Court’s 2014 decision in Burwell v. Hobby Lobby, Zubik involved regulations expanding women’s access to birth control that the conservative justices appeared to endorse in Hobby Lobby — even as they struck down a more direct method of providing contraceptive coverage to working women.

At oral arguments, however, the four remaining conservatives seemed to have a change of heart. Even Justice Anthony Kennedy, the justice who signaled the loudest in Hobby Lobby that he would tolerate the kind of regulations at issue in Zubik, appeared openly hostile towards the Obama administration’s arguments. The case seemed to be barreling towards a 4-4 non-decision. If conservative Justice Antonin Scalia had not died last February, it is all but certain that the case would have ended in a crushing defeat for the administration and for many women who hoped to benefit from the administration’s birth control rules.

Public Health: A Single-Payer Plan From Bernie Sanders Would Probably Still Be Expensive

Bernie Sanders’s chances at enacting a “political revolution” are all but gone. But that doesn’t mean his policy agenda won’t continue to be felt in this election or future Democratic platforms.

One of his signature proposals is to move the country’s health care system to a government-run, single-payer system. Last week, Hillary Clinton nodded in that direction, suggesting that she would be open to allowing Americans older than 50 to buy into the government Medicare program that currently covers those 65 and older.

Oklahoma GOP Does an About-Face on Medicaid Expansion

The state’s overwhelmingly Republican state lawmakers are considering the Oklahoma Health Care Authority’s proposal to move 175,000 people off Medicaid and into Obamacare’s subsidized private insurance markets, making room for new Medicaid enrollees. If state lawmakers and the Obama administration approve the plan, the federal government will cover 90 percent of the cost — reviving the state’s struggling Medicaid program with an influx of federal Obamacare dollars.

To fund the state’s 10 percent slice of the bill, the plan calls for a $1.50-per-pack tax on cigarettes.

[source: Oklahoma GOP Does an About-Face on Medicaid Expansion]

Many families are "middle class" and still don't make enough to get by. And these numbers don't take into account the decline in quality of life that many families have experienced. Americans work more hours than citizens of any Western European country, a burden that keeps them away from their families, friends, and personal activities. A robust middle class is the ladder that leads out of poverty.
[source: What's Killing the American Middle Class?]

Will America have a Revolution in 2016?

America is ripe for a revolutionary shakeup of the Duopoly and Democrat Alan Grayson and Republican Paul Nehlen are the Patriots ready to lead the revolution.