Single payer is the only solution with other cost controls 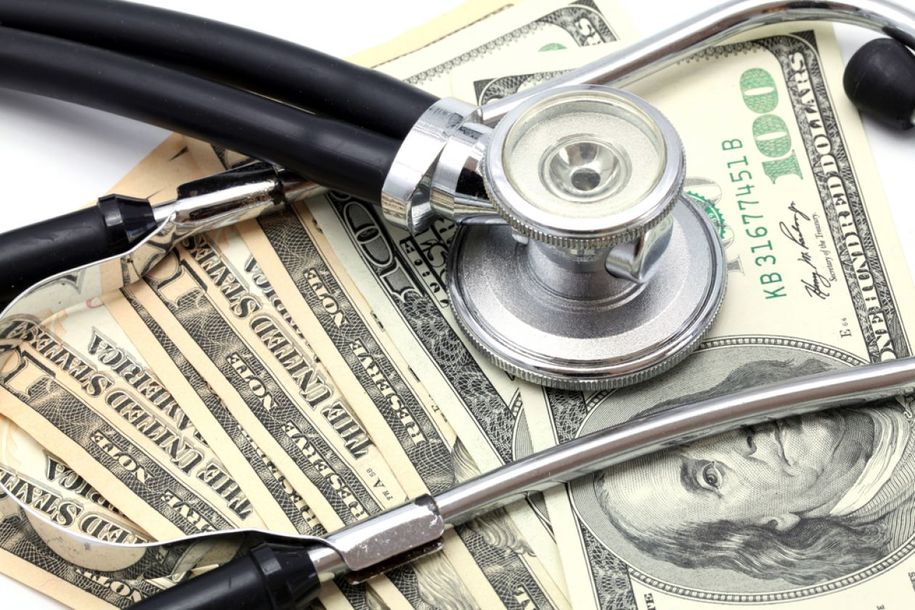 I hate it every time I must see a doctor. The problem is that as we get older, we tend to frequent the health care system a bit more than when we were teenagers or young adults.

A few months ago I blogged about my high blood pressure scare. It spiked to 240+/140+. I was told I could have stroked out.  I was given two little pills that dropped the pressure. The doctor asked if I had a headache. I told him I had a slight one. He told me I needed to have a CT Scan. The CT Scan was a newer smaller machine that did the job in less than 5 minutes. I spent less than two hours in an ER mostly waiting for the pressure to fall. I was the only patient in that ER.

The bill for the CT Scan and the two little pills was $5,000 that I must pay out of pocket. This means I am out about $10,000 so far this hear in health care cost (including insurance premiums). This is a direct transfer of wealth from the middle-class to the stockholders of the private emergency room that took care of me. In health care, there is little ability to shop around during an emergency. Even in non-emergency situations, recent studies suggest consumer shopping around does little to control cost.

Fast forward to this week. My doctor is still trying to regulate my pressure. I am seeing him on average every three weeks. Every visit cost about $100.00. The doctor put me on a third medication. He told me instead of going to standard drugstores like Walgreens or CVS; I should go to Costco. Moreover, he told me to purchase the 90 day supply of each drug as if I had no insurance. The 90 day supply of three drugs were much cheaper than the drugstore 30 day supply of two drugs with insurance.

But here is the kicker. A lot of people were not at the pharmacy at Costco, so I asked the specialist to run the drugs with my insurance. I could only purchase the drugs in 30-day increments (insurance policy). And even the cash price for that 30-day supply for two drugs was more than the 90 day supply for three drugs.

The problem is health care does not work like an optimized market for the patient. It is efficient for the stockholder. Again, drugs and healthcare services are priced in a multitiered manner to bring the maximum profit the economy can provide. When a patient is in need of health care, shopping around is not only obscene but diminishes the value of life to one’s economic prowess.

My experience is likely occurring hundreds of thousands of times if not millions of times every day. Most people simply acquiesce to the system. They likely feel impotent. That is what our national psyche has devolved to. We believe we are at the will of the plutocracy even if many do not call it so.  In our current reality, that is likely true. You see, we have been methodically conditioned to have a select few doing our thinking and directing our actions.

It seems like Americans are starting to see the light. A recent Gallup poll points out that the majority of Americans now want a single-payer healthcare system.

PRINCETON, N.J. — Presented with three separate scenarios for the future of the Affordable Care Act (ACA), 58% of U.S. adults favor the idea of replacing the law with a federally funded healthcare system that provides insurance for all Americans. At the same time, Americans are split on the idea of maintaining the ACA as it is, with 48% in favor and 49% opposed. The slight majority, 51%, favor repealing the act. (Gallup)

What must we do to ensure that legislation matches the needs of the people? We must stop fearing revolutionary change that directly impacts the plutocracy. All candidates in primaries must be given a litmus test — single-payer, paid family leave, and all the social services that make society reflect —

We the People of the United States, in Order to form a more perfect Union, establish Justice, insure domestic Tranquility, provide for the common defence, promote the general Welfare, and secure the Blessings of Liberty to ourselves and our Posterity, do ordain and establish this Constitution for the United States of America.

Getting health care services should not difficult at all. The hoops one must go through to get affordable coverage is still stressful. Obamacare was a start. It is now time to go all the way. Irrespective of which politician is elected, it is imperative that the grassroots assert their numerical power to have their will asserted.

Listen to the Politics Done Right episode that covered this topic. My guest was Tim Danahey of the Tim Danahey Show.