Kansas is currently in a sad state economically by all accounts. 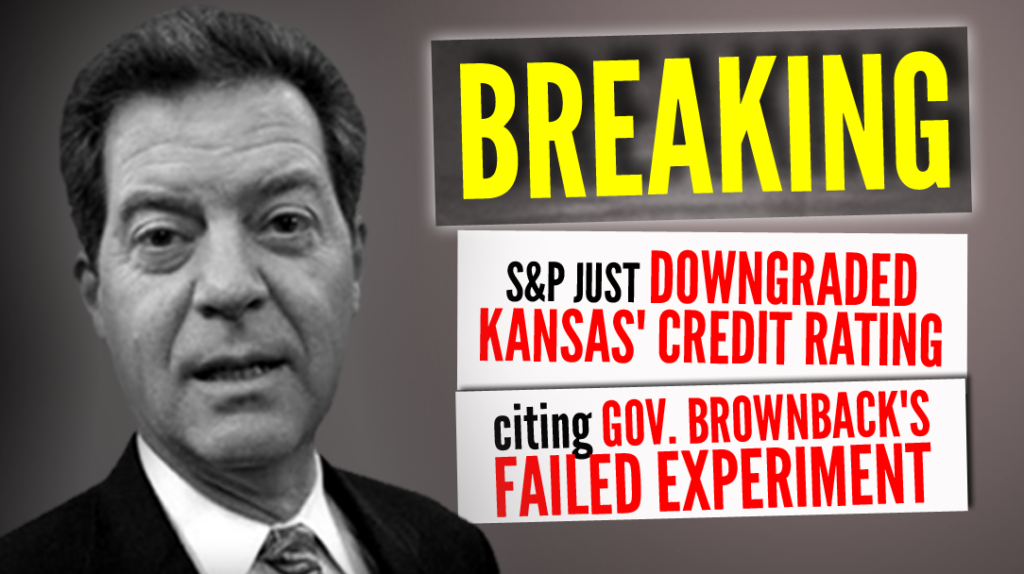 I read an article on Mother Jones recently titled “A Brief History of How Kansas Republicans Destroyed Their State” that gave the chronology Kansas’ economic destruction. They subtitled it, ‘Kansas experiment in small government created a big mess. The first paragraph of the article said it all.

In 2012, Kansas Gov. Sam Brownback launched a “real live experiment” in conservative governance. He slashed income taxes for top earners and eliminated them for more than 330,000 small businesses, promising the cuts would be “a shot of adrenaline into the heart of the Kansas economy.” Instead, the result has been disastrous. By the end of 2015, the state had lost nearly $3 billion in revenue and was behind most other states in job growth. And when the courts challenged the constitutionality of the bare-bones budgets, Brownback and his allies launched an all-out war on the state’s judges.

The article also gives a chronology of Brownback’s attempt to make the court his puppet by threatening its funding.

How bad has the conservative economic ideology been? Real bad.

Supply-side economics, voodoo economics, trickle-down economics or whatever you want to call it has never worked. Ronald Reagan’s economy was built on a subliminal Keynesian economy shrouded by debt, the semblance of a recovery. This was articulated best by Texas Senator Lloyd Bentsen when he said, “If you let me write $200 billion of hot checks every year, I could give you an illusion of prosperity, too.”

Kansas had the opportunity to change course back in 2014. In fact, Democratic candidate Paul Davis was in the lead right up to the election. But polls do not matter. Voters do. And most Kansans did not come out to vote. In effect, they voted for Brownback’s policies with their absence from voting.