George Will has had it with the GOP. He is done with the party.

George Will bolts the GOP 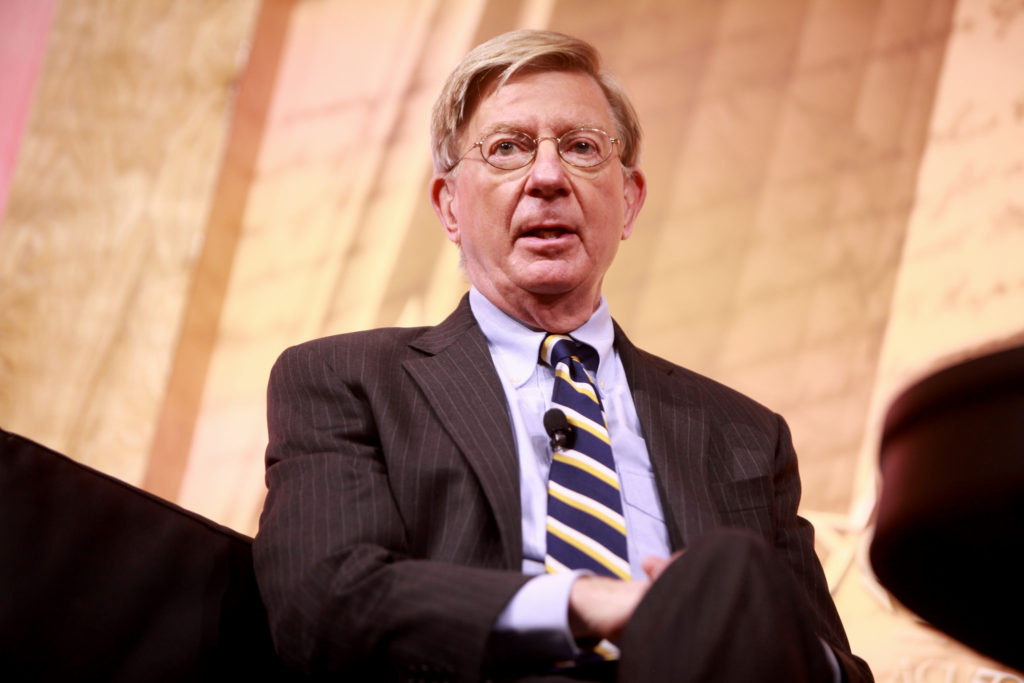 The Republican Party is in turmoil. One of their stalwarts is leaving the party. CNN reports George Will's departure from the GOP as follows.

Washington (CNN) conservative commentator and columnist George Will says he is leaving the Republican Party because of Donald Trump -- and he's advocating that others do the same. In a speech at a Federalist Society luncheon Friday, he told the audience, "This is not my party," according to PJ Media, a conservative news website. The Pulitzer Prize winner confirmed to PJM in an interview after his speech that he had left the party and was now "an unaffiliated voter in the state of Maryland" before switching the subject. PJM reported that Will cited House Speaker Paul Ryan's endorsement of Trump is one of the reasons why he decided to leave the party. Will didn't say whether he'd vote for either Democratic presumptive nominee Hillary Clinton or a third-party candidate, such as Libertarian Gary Johnson.

One would expect more real conservatives to bolt as well. It is evident that they see Donald Trump as a clear and present danger to their brand. One wonders why they did not bolt when Tea Party characters like Louie Gohmert became the face and character of the party.