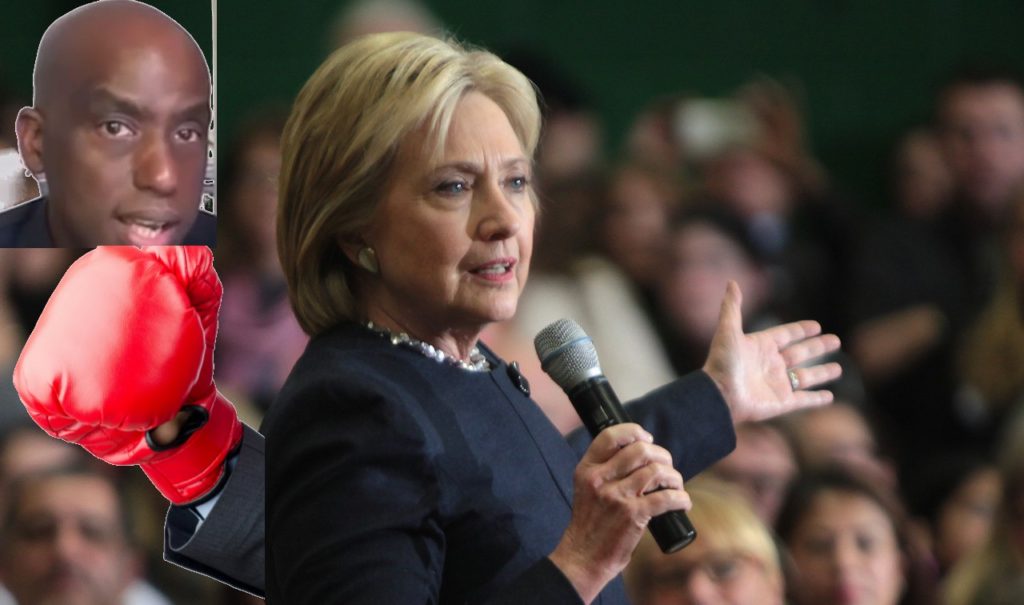 When one blogs and when one has strong opinions, is willing to challenge conventional wisdom, attempts forward-looking beyond the current polls, one must be ready to take arrows head on and in the back. I wrote a front page DailyKOS article titled “Hillary Clinton must adopt a Sanders style agenda or risk Trump outflanking her” that created a storm.

I never made any attempt at hiding that I am a Bernie Sanders supporter. At the same time, I try to be respectful by challenging Hillary Clinton on policy or her actions.

A few Kossacks accused me of being misogynistic. That was unfair. Every critique I made on Hillary Clinton and her campaign, I would have made to a man executing as she is now.

I make every attempt to attenuate the taught bias most men have towards ascending women. I always make that intentional effort not only because I have an assertive daughter, but because it is the only way we will extricate the cancer of sexism. As a black Caribbean Latino, I think I can empathize. Ironically, I discussed this on my Politics Done Right show on the Coffee Party Network this weekend. Here is the clip.

I am also concerned that many viewed the article in a different context from my intentions. I know of no real liberal Democrat, who wants a Donald Trump presidency. I don’t. I wrote this article out of that fear.

I know that Hillary Clinton is up in most polls both nationally and in the necessary states. I also know that the polls in many of these battleground states are close. I know that Donald Trump is adapting Bernie Sanders’ populist message in a form that could be appealing. I know many of Bernie Sanders constituents are independents that are attracted to his message.

Hillary will get virtually all of the Democratic vote, but that is not enough. Donald Trump will get most of the Republican vote.  42% of Americans classify themselves as independents. If Trump’s message down the stretch resonates with them, it is game over.

Again I know Hillary Clinton is ahead now. Many politicians have lost sure things after being ahead because they are unable to entertain the possibility that the electorate simply is seeing things through different lens. I am humble enough to know that I don’t know. And for that reason, a Sanders style agenda that works with independents and is a superset of what Hillary Clinton supporters voted for, should begin. Too many Democratic ‘strategists’ have lost us elections we should have won. Please take the Trump threat seriously irrespective of the polls.