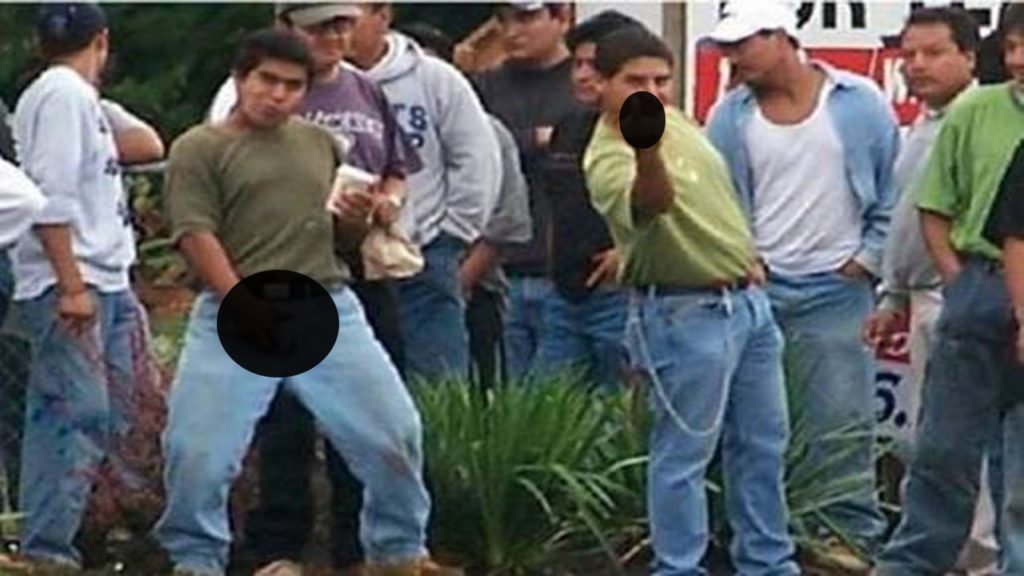 Donald Trump is cancer. But then we all knew that. Today it saddened me that I had to call out a friend as he was oblivious to what he was becoming. My friend was distributing the following chain email. I wondered if he realized it was professionally prepared with all the underlying subliminal messages to expose the worst of nativist human carnality. I include the entire chain letter with the hope that it inoculates the reader going forward. Here are the facts to refute the email intended for either low information Americans or those that want information to fit their biases.

Where do I start? The email extols the virtues of the European immigrants as pure hard workers. This is true but they also had their vile criminals like the Cosa Nostra, the American Mafia. No one blames all Europeans for the criminals among them. Here is a fact, the crime rate among immigrants including undocumented immigrants is less than the population at large.

The email speaks about a unified America fighting in Europe. Really? We should remind Americans of the travails of the Tuskegee Airmen, a squadron of disrespected black Americans aviators who lost fewer bombers than the average squadron.

The email speaks about immigrants abandoning their language. There were exclusive German-speaking towns in the Texas Hill Country for decades. The pattern is no different than second generation Latinos fully versed in both of their languages.

Note the depiction of undocumented immigrants as vile retrogrades in the picture. Note the upside down American flag below the Mexican flag. And why not address the original ‘illegal immigrants’ to this country.

It is simply false that undocumented immigrants are a drain on social services or to the economy in any way. In fact the opposite is true as reported by The Hill.

The Congressional Budget Office in 2007 answered this question in the following manner: “Over the past two decades, most efforts to estimate the fiscal impact of immigration in the United States have concluded that, in aggregate and over the long term, tax revenues of all types generated by immigrants—both legal and unauthorized—exceed the cost of the services they use.”  According to the New York Times, the chief actuary of the Social Security Administration claims that undocumented workers have contributed close to 10% ($300 billion) of the Social Security Trust Fund.

Finally, the aggregate economic impact of illegal immigration is debatable, but any claim that they’ve ruined the country doesn’t correlate to the views of any notable economist. An open letter to President George W. Bush in 2006, signed by around five hundred economists (including five Nobel laureates) stated the following:  “While a small percentage of native-born Americans may be harmed by immigration, vastly more Americans benefit from the contributions that immigrants make to our economy, including lower consumer prices.”

I sent the following response to my friend and the other recipients that may be retransmitting this racist nativist crap.

You agree with a stereotypical racist interpretation of what undocumented workers look like in the aggregate? Wow. Let me just state a fact. The first illegal immigrants to this land were people from across the pond who pilfered, murdered, and stole in the process of colonizing. I am a legal immigrant from Central America who empathizes with undocumented immigrants because I took the time to understand the genesis and causality of the conditions that created them, conditions many of our international policies are partially responsible for. Unlike the first illegal immigrants whose morality was not in conflict with pilfering, murder, and deception, our current undocumented immigrants mostly want a job. That this vile chain letter chooses to use those who would abuse our system as the template speaks more about the author than the undocumented immigrants themselves. Those wallowing in this type of rhetoric, who generally claim Christianity, should ask – What would Jesus do?

SHAME on you all who support this crap and pass along this crap in support.

I thought my friend would have at least considered my words and self-analyze. Given that I thought I knew this man as a decent and moral conservative man with differing opinions but with a modicum of humanity, unlike Trump. But again, Trump’s message is nourishment to for all the recessive bad thoughts in many. Instead of getting the respect I expected, he responded as follows.

And shame on you for denigrating the laws of lawful immigration which you apparently followed to leave your homeland to come to a country which you must have believed offered greater opportunities for you and ultimately your family.  Regardless of your belief that believing in adherence to law is crap I am proud to expect immigrants are welcome who want to legally enter this country and gain citizenship and the benefits available to AMERICANS.

Notice he virtually ignored my response as it inconveniently does not fit. To all my documented immigrants, your Americanism is no less than a born American except that you cannot be president which we must change in short order. Our undocumented immigrants are no more illegal as our original settlers were. Now let’s get busy fixing immigration instead of fomenting racist nativism that is detrimental to us all.

My friend prefaced the chain email titled “The Statue of Liberty” with “Too bad our elected officials didn’t pen an opinion piece such as this lady did.  Just shows the difference in expectations from past to present.”

PLEASE READ THIS.   IT IS OUR HERITAGE.

This was written by Rosemary LaBonte to the editors of a California newspaper in response to an article written by Ernie Lujan who suggests we should tear down the Statue of Liberty because the immigrants of today aren’t being treated the same. 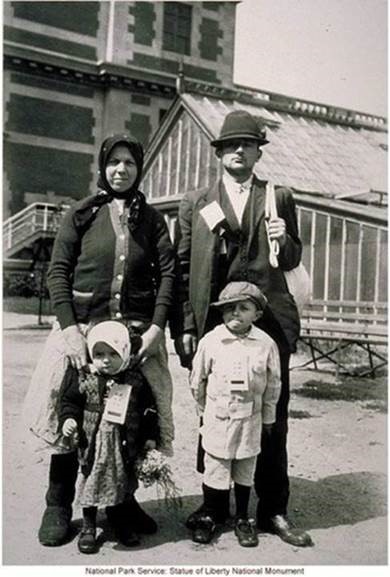 Maybe we should turn to our history books and point out to people like Mr. Lujan why today’s American is not willing to accept this new kind of immigrant any longer.  Back in 1900 when there was a rush from all areas of Europe to come to the United States, people had to get off a ship and stand in a long line in New York and be documented. 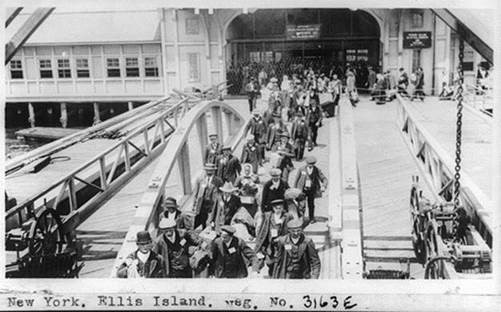 Some would even get down on their hands and knees and kiss the ground.  They made a pledge to uphold the laws and support their new country in good and bad times.  They made learning English a primary rule in their new American households and some even changed their names to blend in with their new home. 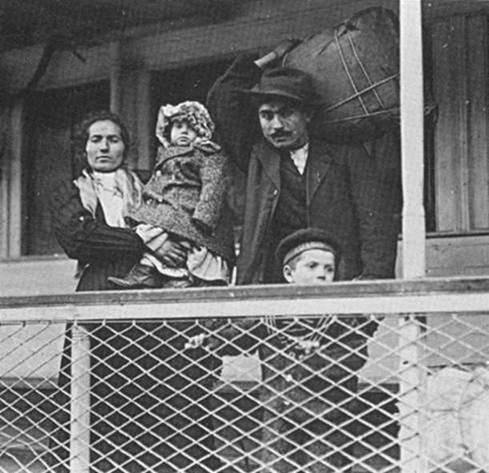 They had waved goodbye to their birth place to give their children a new life and did everything in their power to help their children assimilate into one culture.  Nothing was handed to them.  No free lunches, no welfare, no labor laws to protect them.  All they had were the skills and craftsmanship they had brought with them to trade for a future of prosperity. 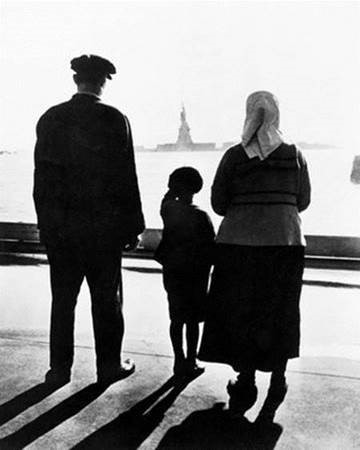 Most of their children came of age when World War II broke out.  My father fought alongside men whose parents had come straight over from Germany, Italy, France and Japan.  None of these 1st generation Americans ever gave any thought about what country their parents had come from.  They were Americans fighting Hitler, Mussolini and the Emperor of Japan.  They were defending the United States of America as one people. 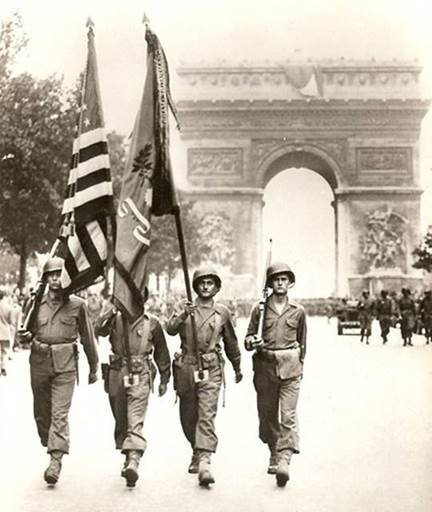 When we liberated France, no one in those villages were looking for the French American, the German American or the Irish American.  The people of France saw only Americans.  And we carried one flag that represented one country.  Not one of those immigrant sons would have thought about picking up another country’s flag and waving it to represent who they were.  It would have been a disgrace to their parents who had sacrificed so much to be here.  These immigrants truly knew what it meant to be an American.  They stirred the melting pot into one red, white and blue bowl. 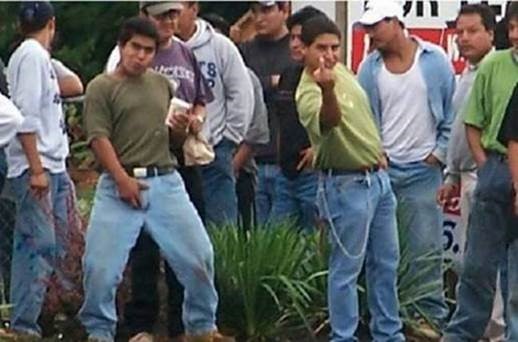 And here we are with a new kind of immigrant who wants the same rights and privileges.  Only they want to achieve it by playing with a different set of rules, one that includes the entitlement card and a guarantee of being faithful to their mother country.

I’m sorry, that’s not what being an American is all about.  I believe that the immigrants who landed on Ellis Island in the early 1900’s deserve better than that for all the toil, hard work and sacrifice in raising future generations to create a land that has become a beacon for those legally searching for a better life.  I think they would be appalled that they are being used as an example by those waving foreign country flags. 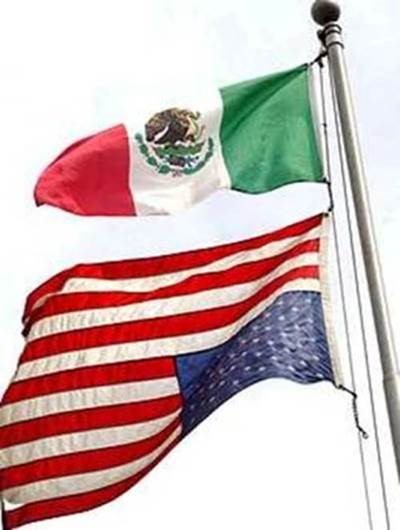 And for that suggestion about taking down the Statue of Liberty, it happens to mean a lot to the citizens who are voting on the immigration bill.  I wouldn’t start talking about dismantling the United States just yet.

KEEP THIS LETTER MOVING.  FOR THE WRONG THINGS TO PREVAIL, THE RIGHTFUL MAJORITY NEEDS TO REMAIN COMPLACENT AND QUIET.
LET THIS NEVER HAPPEN!
I sincerely hope this letter gets read by millions of people all across the nation!