Many simply do not understand Black Lives Matter and its tactics. 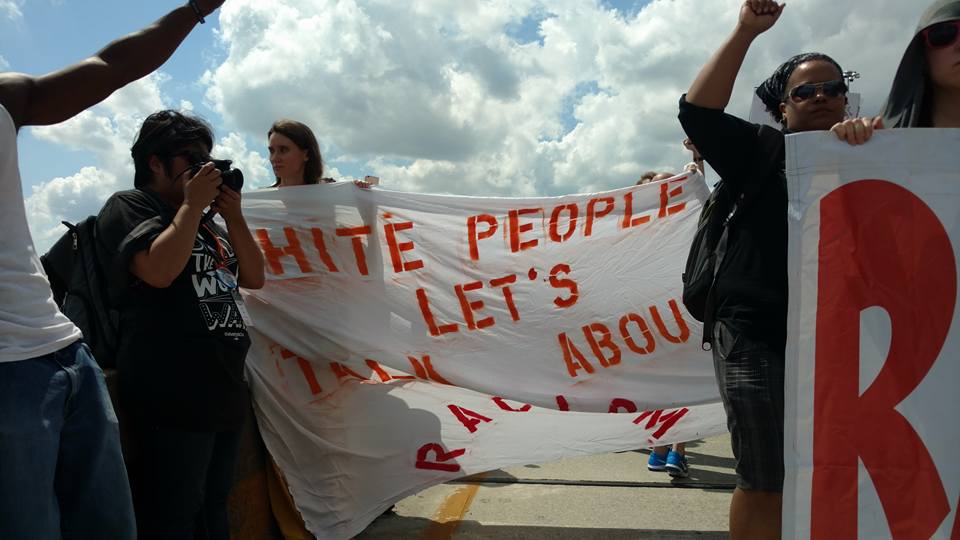 Black Lives Matter (BLM) is the new no-nonsense civil rights movement. Decades after the America’s legacy civil rights movement, methodological change is a must. It is not pretty. To some, sometimes it is downright scary. To me, it is the requirement for attention that forces justifiable change.

America is in the midst of many internal battles. Income inequality affects us all in the aggregate. The corrosive nature of money in politics affects us all. The destruction of the environment affects us all. We are all comfortable fighting those battles irrespective of who we are.

There are certain wrongs that only affect some of us. Many are unable to empathize with those. Many fail to see through the eyes of the aggrieved. The Black Lives Matter movement is the ultimate result of that reality. Black Lives Matter in-your-face nature tells society as a whole that it will make you uncomfortable until society does right.

Netroots Nation 2016 held its convention in St. Louis, Missouri this year. Many attendees participated in a BLM rally and marched in commemoration of the one-year anniversary of Sandra Bland’s death. They also walked to the location and lit candles for a young woman who was a victim of yet another murder-by-cop.

Several black women spoke at the rally. They centralized mostly on black women killed by the police because they intimated that the movement concentrated thus far on black men gunned down by the police. They had a poignant message however for many in the crowd, specifically the Netroots Nation visitors, specifically white people. They thanked them for being there but wanted much more.

These BLM women wanted them to speak up more. They did not want placation or tacit acknowledgement of the problem. They wanted engagement. One of the women said that she feels the pain when any killing occurs irrespective of who it is. She wanted that reciprocity.

How many more graphic killings of black bodies does the majority of white America need to see before they believe there is a problem? What will it take for the majority of white people to understand, to see through the eyes of a black person, their daily realities? What will it take for white people to stop using the many other problems in the black community as a justification for willfully denying black people’s reality? When will our media stop given credence to every study that attempts to deny the problem and thus justifies doing nothing by using subjective police data when the reality is self-evident — More ‘white bodies’ in the movement.

A white friend of mine told me she was going to a BLM rally a few weeks ago. A few weeks after I asked her how was it. She said she did not go and gave me an excuse I did not quite believe. I pressed her, and she said she was concerned about being the only white person there and was concerned that she would be treated as if she did not belong there.

I told her that while both her fears were possibilities, change requires discomfort. Some protesters, in fact, fear a less than committed or sincere participant. They are not into those that are acquiescing to the latest fad. Others just view others suspiciously until one establishes trust. The trust-building period can be uncomfortable and requires at times one party to suck-it-up for the better good of society. Here is an inconvenient truth. Black people have been sucking-it-up in many instances simply for survival. I pointed this out in the piece I wrote a while back titled “I was Trayvon Martin when I came to America.”

I was on a Coffee Party USA conference call recently. The call consisted of about 25 white people genuinely concerned about the racial strife in the country. I think I was the only black person on the conference call. I heard good people genuinely wanting to do what is right. When asked what they could do, the first response I gave them was to attempt to see the world through my eyes. You see we have already been forced to see the world through yours and to a large extent have adapted. I told them that every minority feels an initial discomfort when they are first immersed into an environment of pure whiteness. They survived. Every white person immersing into a different environment will survive as well. Moreover, they will complete the loop of reciprocity to see through the eyes of the other. They would have done their part to really engage. They would indeed become part of the solution. More ‘white bodies’ in the struggle will cause the chain reaction, the peer pressure needed to solve the police brutality problem that afflicts black and brown bodies and many of the other moral ills that afflict society at large.