Donald Trump is doing all things necessary to lose an election.

Donald Trump is trying to lose 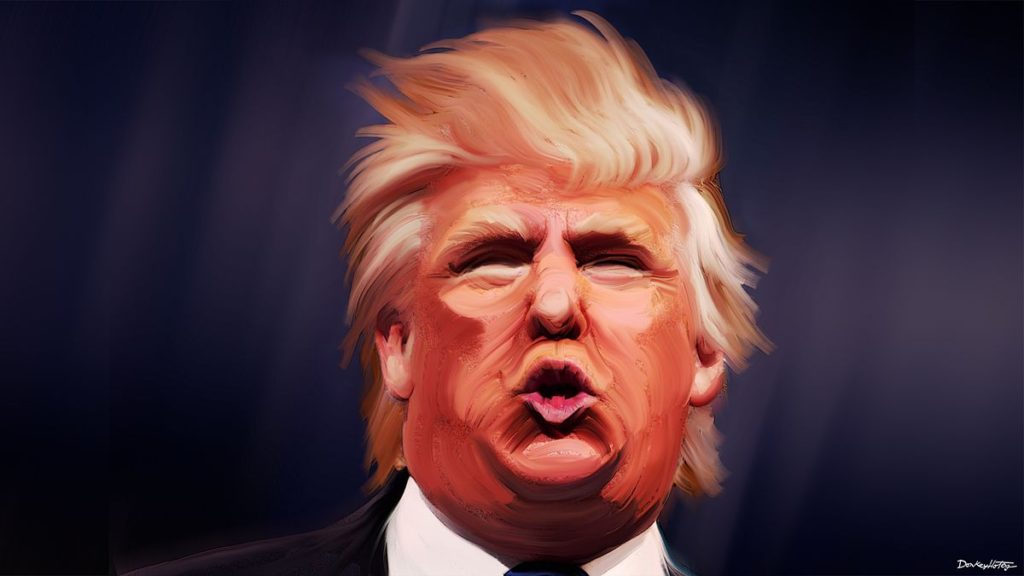 I am starting to believe that Donald Trump does not want to be President of the United States based on his actions. He said in the past that he could shoot someone and still keep his voters. However, he is smart enough to know that those are not the voters that he needs to put him over the top. As such one would expect him to woo new voters that are just as angry as his core audience for various good reasons.

Donald Trumps recent Russia-centric utterances are not only disturbing to many in the political sphere but would otherwise have the faux-patriotic wing of the Republican Party up in arms. His attack on Khsir Khan, the father of a fallen Muslim hero, is allowing a dialogue that will likely educate many soft bigots on real Muslims as opposed to the caricature Trump has made of them.

Trump either wants to lose or as noted in Daniel Dale's article titled "Is Donald Trump OK? Erratic behaviour raises mental health questions," he may be mentally ill.

There is an elephant in the election. It was tiptoed around for a full year by Republicans and Democrats and the media alike. And then, on Wednesday, Michael Bloomberg hoisted it onto the stage of the Democratic National Convention. His plea for Hillary Clinton: “Let’s elect a sane, competent person.” The compliment barely disguised an extraordinary allegation. The billionaire former mayor of New York City was suggesting that Donald Trump is not sane himself.

Bloomberg’s remark was a sign of a quiet shift over the last month in the mainstream discussion of the Republican presidential nominee. Once unmentionable, questions about Trump’s mental health have started to bubble into respectable American forums as he has inched closer to the nuclear codes of the world’s mightiest military while behaving stranger than ever.

It’s a delicate thing to ask, but the fate of humankind is at stake. Is Donald Trump … OK? “Donald Trump is not of sound mind,” conservative Stephen Hayes wrote two weeks ago in the Weekly Standard. “Have we stopped to appreciate how crazy Donald Trump has gotten recently?” liberal Ezra Klein wrote last week on Vox.

He “appears haunted by multiple personality disorders,” conservative David Brooks wrote last week in the New York Times. “We can gloss over it, laugh about it, analyze it, but Donald Trump is not a well man,” Stuart Stevens, chief strategist to Mitt Romney’s 2012 campaign, wrote last week on Twitter.

The article is a good read and should be taken seriously. It is deeper than just narcissism. Donald Trump is a clear and present danger and if Americans make a mistake, it affects us all.