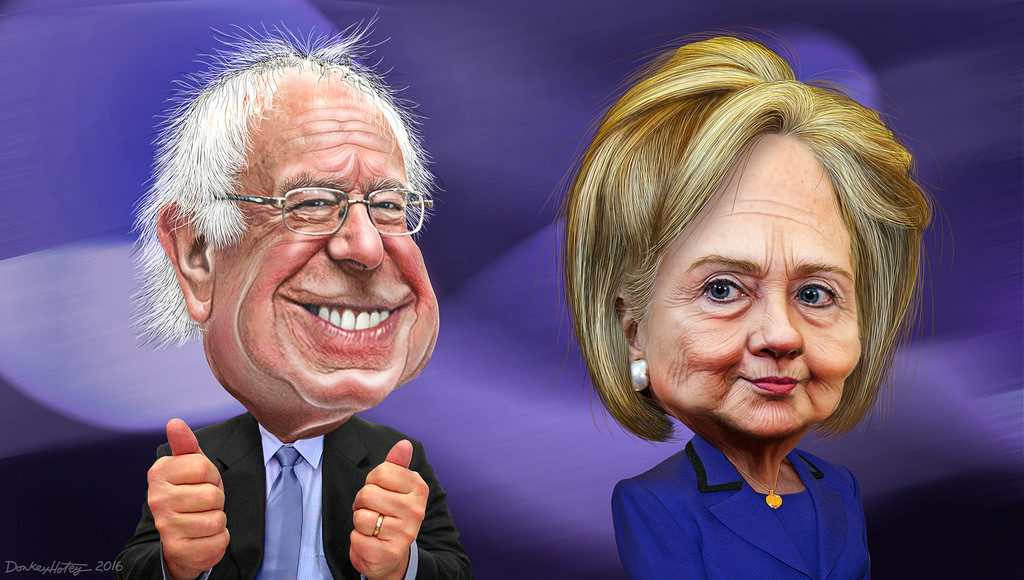 I was a supporter of the values espoused by Bernie Sanders before I even knew who Bernie Sanders was. I would wager that most Sanders fans had that nascent seed, just needing some external nutrition to have it germinate.

Unlike the 2008 election (where I initially supported Sen. Hillary Clinton before I jumped on Sen. Barack Obama's train), my support for Bernie Sanders was instantaneous. He articulated the fundamental beliefs of the moral left in no uncertain terms.

During the Democratic primaries, I wrote extensively about Bernie Sanders and Hillary Clinton, pointing out their flaws and their strengths. It was clear that Bernie Sanders made us dream of what a more fair America could be, while Hillary Clinton told us about the America she thought she could bring to fruition. Her America seemed too unambitious—a place where we did what the corporatocracy allowed, instead of demanding change from the corporatocracy. After all, the corporate state is our creation.

As Bernie inspired us by talking about what could be, Hillary moved ever so gradually toward his rhetoric. Some may see that as disingenuous, but I see it as a positive. All we have is the utterances of politicians. It is up to us to ensure politicians' statements get codified into law. Politicians, whether Bernie or Hillary, should never have our blind faith.

Hillary Clinton ultimately won the Democratic nomination to be president of the United States, and many Bernie Sanders delegates are upset. They believe the establishment robbed them of the opportunity to have a real progressive in the White House. Many Sanders delegates are justifiably angry with the concerted effort by the plutocracy (read: Democratic National Committee, the corporate media, and the corporatocracy) to ensure a Clinton victory. Wikileaks exposed the “collusion” between the corporate media, the DNC, and, indirectly, the Clinton campaign. Neither I nor any engaged Bernie Sanders supporter needed to be informed by Wikileaks, as all of this was inferred from the start of the Sanders campaign. But Bernie Sanders is a big boy, and he knew what he was up against.

Any establishment does what it needs to do to survive, and the natural order is to do what it takes. It is incumbent on those who understand that change is necessary to win the hearts of those who are comfortable, yet still harmed by establishment politics. Bernie Sanders did not accomplish that task. We did not accomplish that task. Change is a slow process that requires dedication, humility, and perseverance.

I walked and rallied in two big parades in Philadelphia during the Democratic National Convention. The first was an amalgamation of every group on the left, from “No TPP,” to Planned Parenthood, to Black Lives Matter, to climate change activists, and more. The second was a huge Bernie Sanders parade that extended for almost a mile. The passion in both of the parades and their respective rallies was palpable. I spoke to dozens of people along the way. The most impressive thing is how educated these folks were on issues, and the passion and conviction they had. While most were Bernie Sanders supporters, I ran into many Hillary Clinton supporters in both parades as well. This passion, this acknowledgment of issues that affect us all, must get past the choir and into the masses. That is how we extend and expand the revolution.

Inside of the Democratic Convention, there were many legitimate issue-driven protests, mostly on war and TPP, by Bernie Sanders delegates and Code Pink. They felt they were not sufficiently heard in the platform and rules committees. When Sen. Merkley spoke out against the TPP, I raised my “No TPP” sign along with dozens of delegates from the Texas delegation, and hundreds throughout the massive Wells Fargo Center. Interestingly, a media that usually blows these types of protests out of proportion covered so few that most of my friends watching on TV were unaware of most of the protest happening throughout the Democratic Convention. Yes, they saw some coverage of the protests on the streets, but scant coverage on the inside. Speculate now!

After the long primaries, after the debates, after the convention, I decided to honor what Bernie Sanders asked his delegates and those they represent to do. I decided to honor my word. From the beginning, I said I would vote for and support the legitimate winner of the Democratic nomination. Hillary Clinton and her campaign, along with her helpers in the corporate media (and the corporatocracy) did what it took to win the nomination.

I am not voting against Donald Trump. I am voting for Hillary Clinton as the better choice. I am voting for Hillary Clinton because I think of all viable candidates running she will appoint acceptable Supreme Court justices. Some of us have the privilege and wherewithal to withstand a presidency that would hurt women, hurt those with pre-existing health conditions, hurt those who recently acquired health insurance, reinstitute trickle-down economics on steroids, and more. But I am voting for Hillary Clinton because I am committed to more than the purity of my values. I am committed to the practical realities of my family, friends, neighbors, and other fellow Americans. I must see through the eyes of the many I was unable to convince that the political revolution could be here now.

Make no mistake: I continue to believe in the political revolution. I will continue to play my part. The day after Hillary Clinton is elected president, I will be watching to ensure she is living up to her commitments. If she doesn’t, it is incumbent on us all to react. And most importantly, it is important for us to remain engaged, and for her to know that we are engaged—so that she thinks twice before deceiving us.