It is much more than just gay marriage. It is about economics.

The concept of marriage equality more than a gay thing 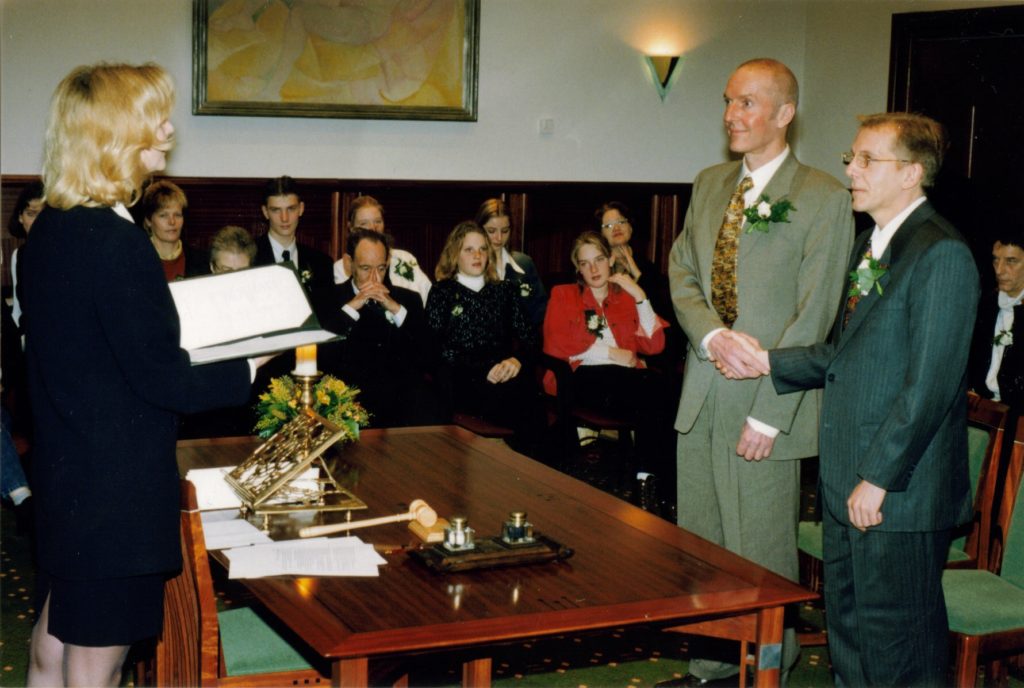 This morning I received a message from one of our Coffee Party USA Newsroom monitors about a prescient message from one of our readers. The message touched me because unlike many notes that we receive and read in the social media ethos and listen to from a politically charged narrative, this message shows that candidates and the laws they support have a real, measurable socio-economic impact.

Following is the entire well-written note he sent us in its entirety.

A message to the millennial LGBT’s I see on my feed bashing Hillary on a daily basis by re spewing the republican lies and propaganda about her & vowing to vote for Jill Stein or write in Bernie….

My husband Steve & I have been together over 26 years now, & btw it’s been less than 3 years that I’ve been able to call him that, and though it’s about so much more than the money, we’ve saved over $42,000.00 in that short of time by being able to file taxes as a married couple, and by having him on my health insurance.

We’ve been waiting & fighting for that equality since before most of you were born.

Your third party or write in vote only helps elect Donald Trump, check your history books, when was the last time one of those won a presidential election?

You often quote that Hillary stated that she was against marriage equality, she did, but that was years ago when just about every other liberal politician had to say that too just to get elected, btw we’ve received more equality in just 7 years under our current president who also evolved on marriage equality.

Though you don’t hear about it much in the so called liberal media, Trump vows to appoint supreme court justices that will overturn marriage equality, says he’s ok with the anti LGBT law in North Carolina & other states & has selected the countries most hateful anti LGBT Governor as his running mate.

Often the younger generations thank Steve & I for helping pave the way for acceptance & equality, as we appreciate & thank the ones that came before us.

To see you, however inadvertently it might be, help pave the way back to the 50’s is just unfathomable to me, I’m closing in on 60 years old & really don’t want to have to start over from square one.

Robert illustrates an important point. Discrimination has a measurable cost to the aggrieved. A woman who does not have the choice to control her own body, her reproduction, is more than a moral issue, it is an economic issue. People of color who were redlined and unable to get affordable home loans were denied the ability to build wealth other’s could.

The people we elect and the laws they pass have an effect on us all. Failing to learn the impact of a candidate’s rhetoric and policy positions can affect a society for generations.