Pharmaceutical companies are lying to us all about why the price of their drugs is so high.

Pharmaceutical drugs are overpriced because of greed 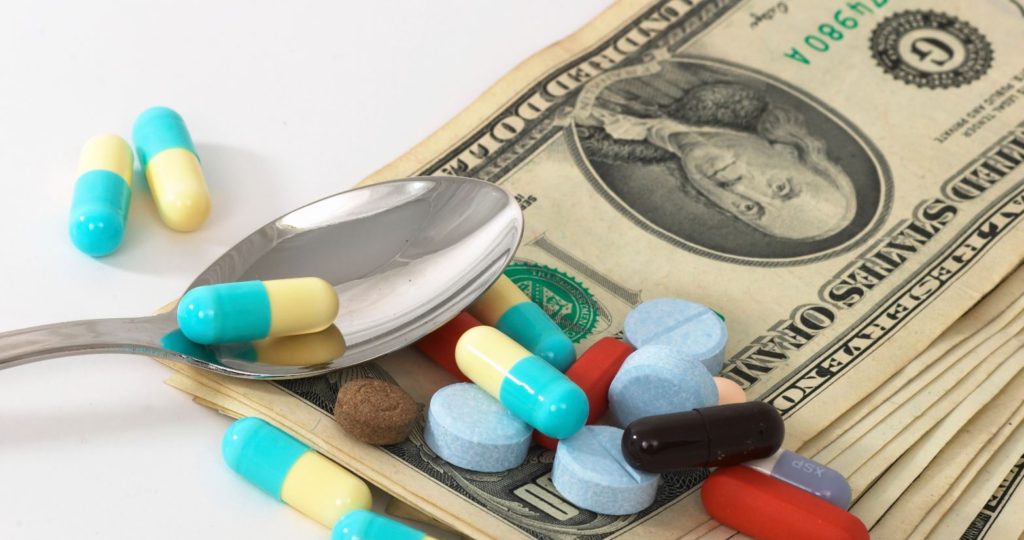 The lie we are told is that we pay high drug prices to ensure a pipeline of new drugs. The reality is government currently funds most new drugs.

Item #5 is shocking. It says the price one pays for their drugs is independent of the cost of developing and manufacturing the drug. Instead, drug companies price the drug at whatever the 'market' will bear. This is unlike what any other country in the world does.

The classic example is the 400%+ price increase recently on the EpiPen. The EpiPen went from $100 to $600+ in five years. The profits did not go to create new drugs. It went into increasing the CEO's salary from $5 million to $19 million and increased company profits. And of course one cannot forget Turing Pharmaceuticals CEO Martin Shkreli %5000 increase of the drug Daraprim.

The reality is that taxpayer dollars are more responsible for new medicines than are the pilfering pharmaceutical.

Although drug manufacturers often cite research and development costs when defending high prescription prices, the connection isn’t exactly true, Kesselheim and his team found, citing several studies. Most of the time, scientific research that leads to new drugs is funded by the National Institutes of Health via federal grants. If not, it’s often funded by venture capital. For example, sofosbuvir, a drug that treats hepatitis C, was acquired by Gilead after the original research occurred in academic labs.

“Arguments in defense of maintaining high drug prices to protect the strength of the drug industry misstate its vulnerability,” the authors wrote, adding that companies only spend 10 percent to 20 percent of their revenue on research and development. “The biotechnology and pharmaceutical sectors have for years been among the very best-performing sectors in the U.S. economy.”

It is time to regulate drug companies. After all, many of their products are subsidized by us all. The few owners of these companies profit from what we paid for.