Will the news of Angelina Jolie divorcing Brad Pitt supersede a presidential election?

There is an important presidential contest taking place. Watching trends on Facebook & Twitter tells what interests many of us. Results are decidedly bleak.

A few days ago one of our Coffee Party USA News Room volunteers sent me the following Facebook message.

WTH is going on with Facebook? We've got bombs in New Jersey and New York and an ISIS-claimed stabbing in Minneapolis and THIS is what's trending on Fb. Mainstream media has been covering it all day but regular joes on facebook aren't talking about it. Does anyone else find this strange? 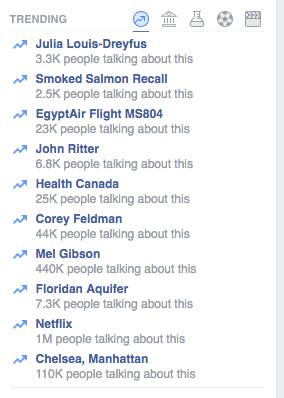 We are in an existential election. Not existential in the sense of the existence of America but of the increase or erosion of the moral base of the values of America. It is a serious election. Many of us in the political bubble are sometimes oblivious to everyday Americans and what make them tick.

Following are the Twitter and Facebook trends at the time of this post, about an hour after TMZ broke the Angelina Jolie and Brad Pitt divorce news. 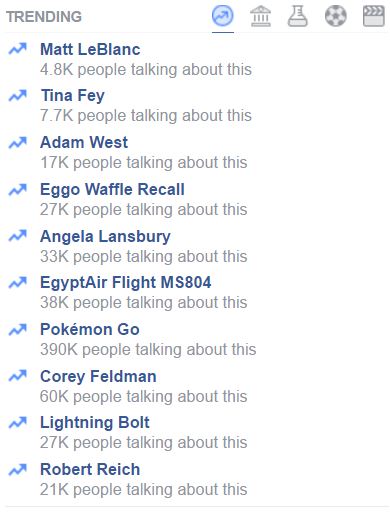 The President just addressed the United Union with a major globalist speech. The New York bomber story is still unfolding. A police officer in Tulsa killed an unarmed black man in cold blood after his car broke down. Hillary Clinton seems to be recovering in the polls over a dangerously close election that could elect Donald Trump, a man with fascist proclivities. Only Robert Reich,  Trump's son Skittle analogy, and George H.W. Bush appear in the political realm as trending.

One must ask why Americans show so little interest in issues that are so important to them. It follows the concept of Bread and Circus. Old empires used to control their populous by giving them just enough bread to survive and then sedate them with entertainment. We upped the ante. We have relatively cheap food and a lot of reality TV.

We must change. We must find a way to communicate the importance of being politically engaged. We can define trends within our social media spheres. If enough of us do more than lament and activate we all, individually and collectively can make a difference. Promote more truthful political stories. Add your personal twist when you share them. Tell people why you think it is important. Register to vote. And do not forget to vote.