Donald Trump and Republicans were gung-ho on repealing Obamacare during the election. They may be surprised to note that those they promised to help financially will be decimated more so than others by any attempts to repeal the law reopening the door for a rather large Democratic win in 2018.

Obamacare is the Republican healthcare solution they had supported before Obama adopted it. He passed what they couldn’t, and they will sacrifice their voters to undo it.

Obamacare is a market-based solution to healthcare insurance. So why would they repeal a law helping a Republican type solution instead of the most logical and efficient solution, a single-payer system?  — because they do not want President Obama to be the father of America’s path to a universal healthcare system.

One reason Republicans may be eager to repeal Obamacare is that they figure it won’t affect too many of their constituents adversely. They may want to look more closely at the enrollment data. And maybe an electoral map, too.

More than 20 million people now get insurance through programs of the Affordable Care Act. These people are spread across the country. This means, naturally, that plenty of them live in states that were key parts of President-elect Donald Trump’s majority in the Electoral College, or they have at least one Republican senator, or both. This makes them of high political importance to the GOP. 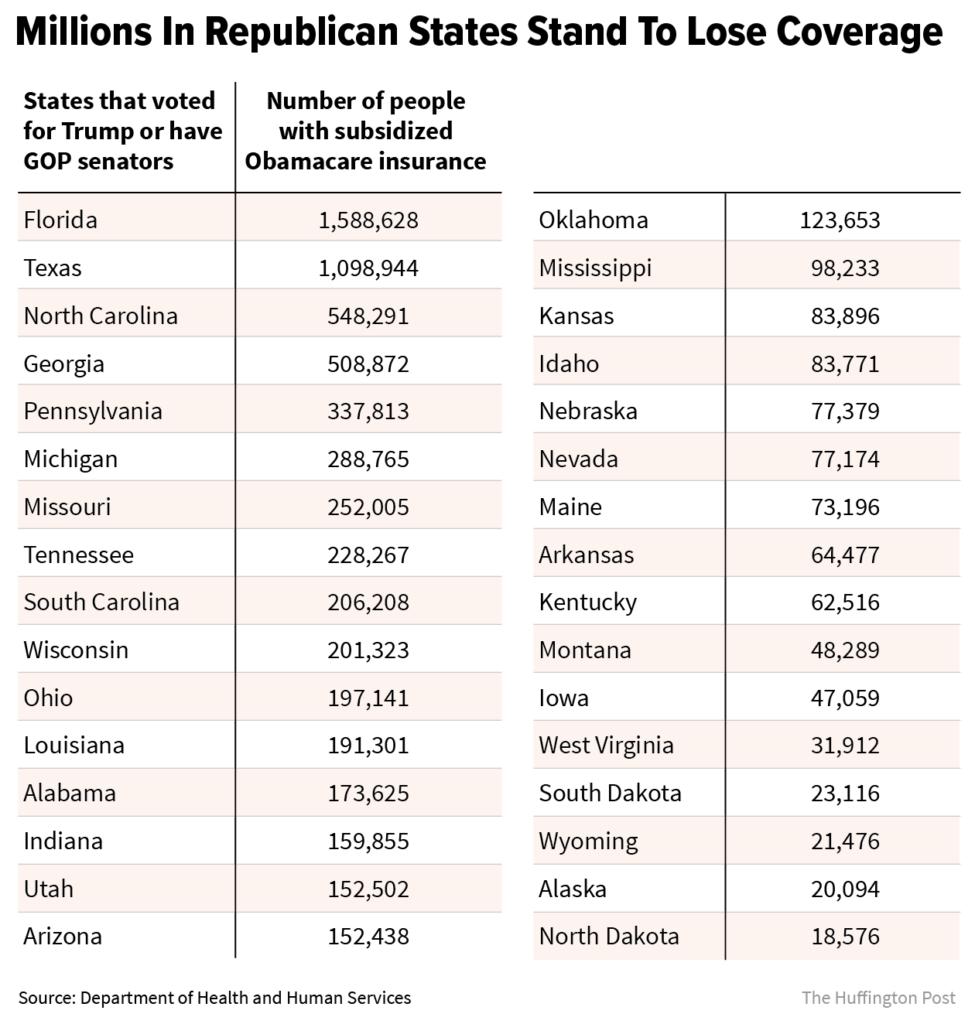 Interestingly, the numbers only include people getting financial assistance with Obamacare. It does not include those who purchase on the exchanges without subsidies or those who buy insurance on the open market.

Republicans can talk about repeal and replace as much as they want. The reason Obamacare was difficult to pass is because of the complexities needed to keep a viable but unnecessary private health insurance network afloat. Any repeal would affect both constituencies, the people in their districts and the insurance conglomerates that need their government welfare, Obamacare subsidies, to keep the price affordable and the insurance companies solvent and profitable.