Donald Trump is packing his cabinet with incompetent people and mobilizing a boldface propaganda team. Two typical panel discussions, one on CNN and the other on Fox News illustrate why we will have four years where Americans will not even know how bad things are given a complete disregard for truth even with evidence present.

Donald Trump's disregard for the truth was not only an election phenomena. It will continue throughout his presidency. His spokespeople are making that clear.

The two clips in the video are probative. Don Lemon challenged Trump's spokesman, Paris Dennard, about calling Donald Trump's win a landslide with the evidence that in the last ten elections, Reagan, George H.W. Bush, Clinton, and Obama all won the Electoral College by larger margins. He only did better than George W. Bush who by 5 and 35 Electoral College votes respectively. 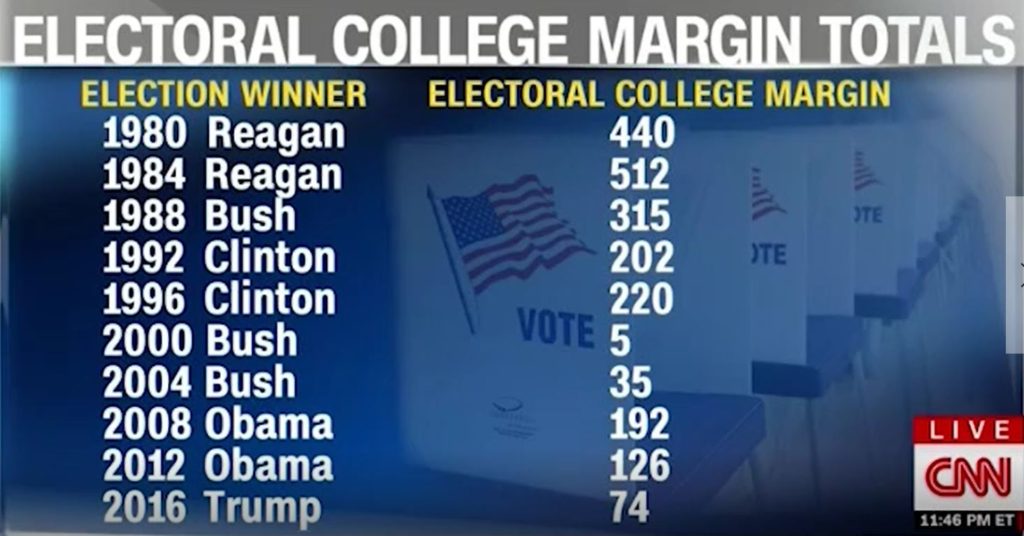 That did not phase Paris. He continued to state that Trump's win was a landslide.

Donald Trump's campaign manager, Kellyanne Conway did the same thing with a tweet.

Pollster Nate Silver sent two tweets to dispel the notion of a landslide or blow out.

Trump won in the 44th biggest landslide out of the past 54 elections. Pretty epic. https://t.co/TFouy56v2A

Another Trump spox, Katrina Pierson, attempted to give credence to Trump's spin that he won the popular vote if one removes illegal votes from the totals. Fox News Megyn Kelly quickly dispelled that notion.

"He should stick to the facts," Megyn Kelly said. "Why isn't it enough that he won the Electoral College?  Why does he have to make up information that he also won the popular vote which he lost?"

Mo Elleithee, a Former DNC spokesman, pointed out that the three instances of election fraud Pierson alluded to were all Trump supporters, poetic justice.

While lies are never right, we accept it during the election cycle as hyperbole. When it is time to govern, the truth is important both domestically and internationally. Republicans more so than Democrats have taken lying to levels never seen before. Facts are now debatable, narratives on climate change, government takeover of healthcare, death panels, death taxes, clear skies, etc. that are diametrically opposed to reality.

More now than every, vigilance is a must. It is clear the mainstream media is normalizing Donald Trump with the expectation of access and more. It is up to us all to keep our sphere of influence informed factually and spread the knowledge broadly.