Chris Hayes destroyed the “Obama’s War on Christmas” myth that Trump’s surrogate Corey Lewandowski pushed on Fox News. It took under two minutes in a bite-size snippet short enough to hold the attention span of the easily distracted. We should make thousands of these on every misinformed subject.

Right Wing Republican leaders’ assumption that they have a low-information base predicate that they will fall for any provably false narrative. So far it has been successful. One wonders if one distilled the story as Chris Hayes did in this very short and easy to watch segment whether it could wake many out of their dystopian fog.

“It’s that time of year again,” said Chris Hayes. “Egg-nog, mistle-toe, colorful decorations, and the wild conspiracy theory, known as the ‘War on Christmas.” If you are unfamiliar and I suspect you are not, it’s a liberal plot to ban the sacred Christian holiday and it is worse than you thought. But tonight, good news, reports are coming in that victory has been achieved on the War on Christmas. Last night Donald Trump confidant and former campaign manager Corey Lewandowski brought us the good word.”

Hayes then pointed out that Lewandowski will play a prominent role in the Trump administration. He also noted that Donald Trump peddled the same nonsense.

“This is actually something that President-elect Trump peddled during the campaign,” Hayes said. “That it was not okay to say a Merry Christmas under President Obama. Everyone was forced to say Happy Holidays instead.” 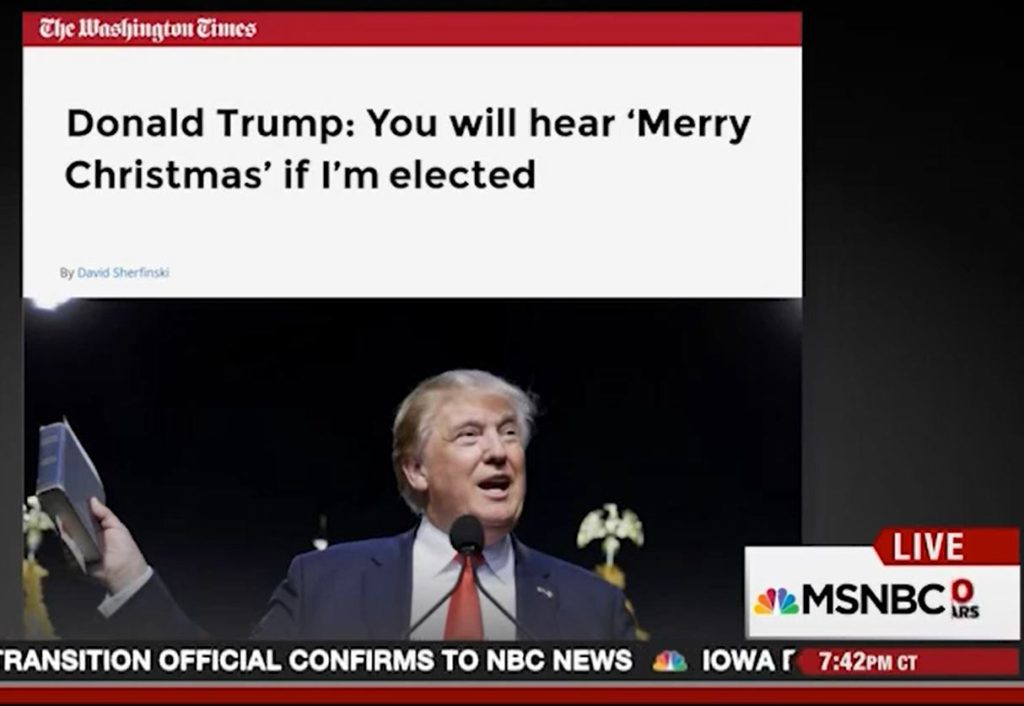 Chris Hayes said that they went to the video vault to see if they could corroborate the Trump narrative.

“We looked into it to see if we could find evidence of the President personally waging this war,” Hayes said. “A warning, you may find this video Christmasy.”