When the 'Right Wing Newspaper of record" puts out a story like this, it is evident they are sending a signal.

Do you want an Obamacare repeal? What will you lose?

The Right Wing leaning Wall Street Journal reported some truths today. They point out that many who voted for Donald Trump may get a surprise from an Obamacare repeal.

When he campaigned for president, Donald Trump made repealing and replacing the Affordable Care Act a signature issue. Polling suggests that such a move would have the biggest impacts on communities that gave Mr. Trump some of his highest levels of support, potentially complicating the politics of a repeal effort.

More than 20 million Americans now depend on the ACA, also known as Obamacare, for health insurance. Data from Gallup indicate that a lot of those people live in counties that favored Mr. Trump.

The Gallup analysis revealed that eight types of counties had substantial increases in health insurance coverage. Six of the eight county types voted for Donald Trump. 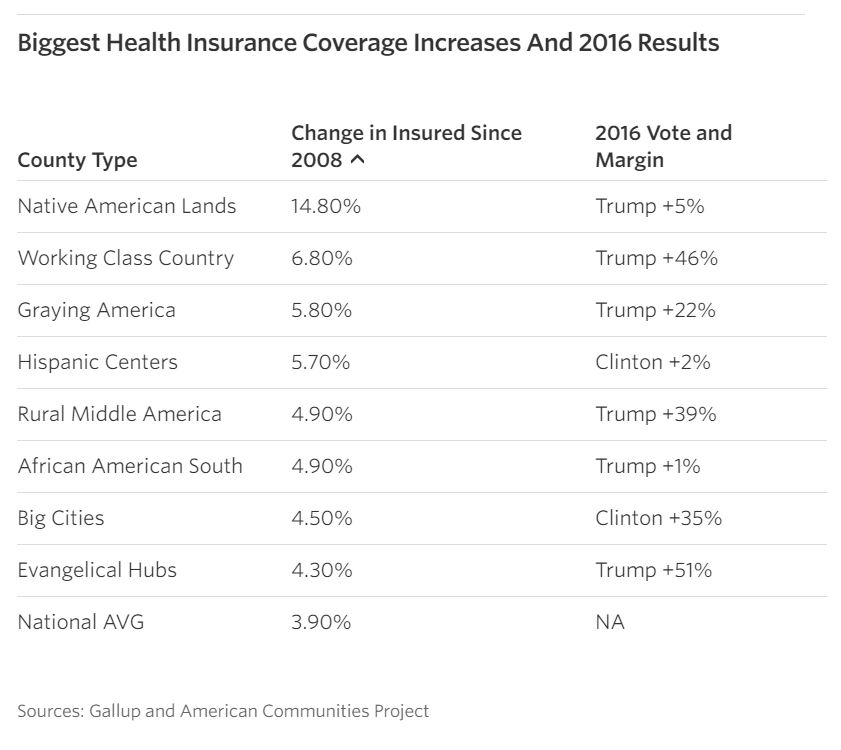 If Republicans choose to repeal Obamacare, it is imperative that Democrats do not provide a single vote lest they allow Republicans bipartisan cover in the 2018 and 2020 elections. Remember, President Obama received absolutely no Republican votes to pass Obamacare. The new law helped millions in ways that the Obama administration and Democrats failed to articulate consistently and effectively. One hopes Democrats learn how to fight for the American people and fight Republican middle-class destructive policies. Help them by faxing, writing, calling, and emailing your congressperson and Senators.