An unexpectedly large group of concerned citizens visited Senator Ted Cruz's office today. His staff would only allow four of us to go in. The others were escorted out by the police.

The unexpectedly large group of Texans swarmed into Senator Ted Cruz's office in a grassroots movement that is continuing throughout the country. 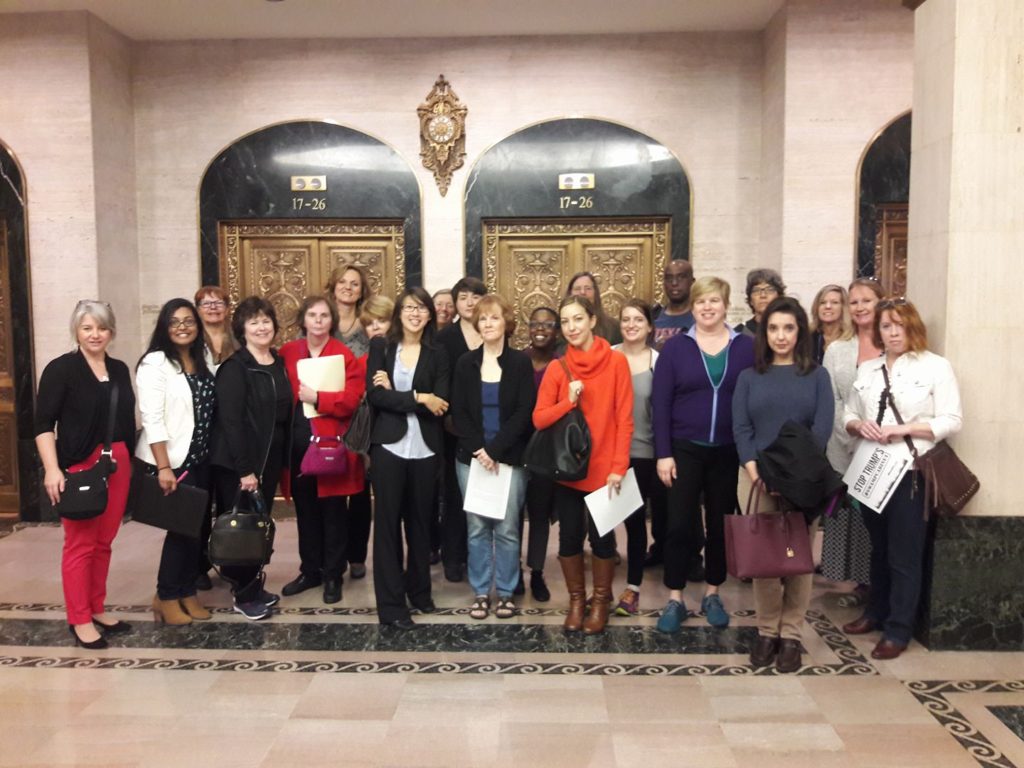 Lisa sent out an email call to visit Senator Ted Cruz's Downtown Houston office. The topics of discussion were Tom Price and Obamacare. I confirmed that I was going and expected maybe that five to seven people would show up. Much to my surprise, after getting there a tad late on account of being in a traffic jam and my inability to find close parking, there were more than two dozen people ready to talk to Ted Cruz or his staff.

Lisa conducted a short-checking to discuss our respectful approach before boarding the elevators to Cruz's office. We got to Senator Cruz's door and was told by a female staffer that the group was too large and that only three or four could come in. The group calmly protested but was forced to acquiesce to the Senator's staff's demands. 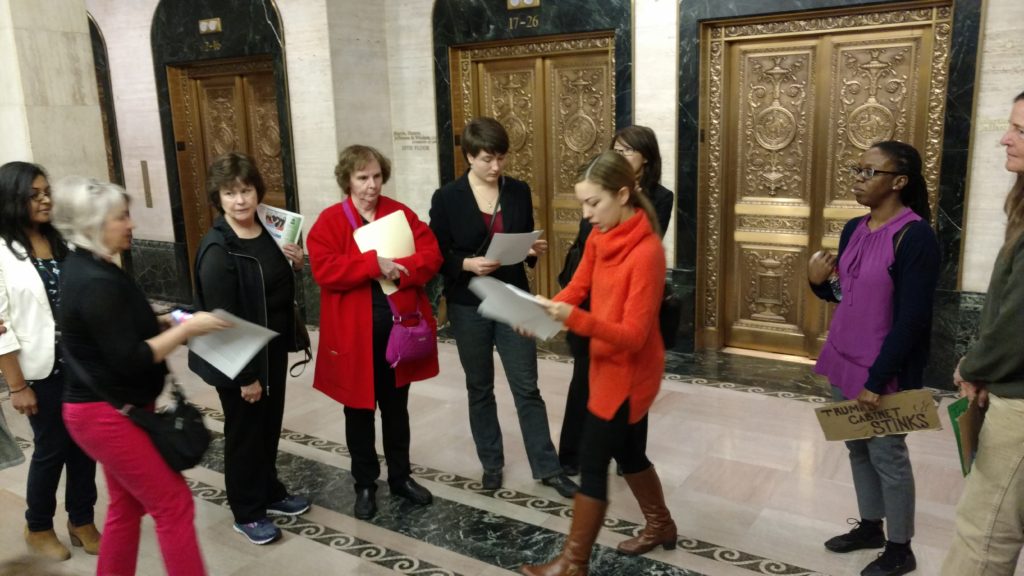 Lisa selected three of us, a doctor, a woman with an aneurysm (preexisting condition), and me, a business owner & blogger with a wife with a preexisting condition. The four of us entered the office while the other several dozen participants waited outside. 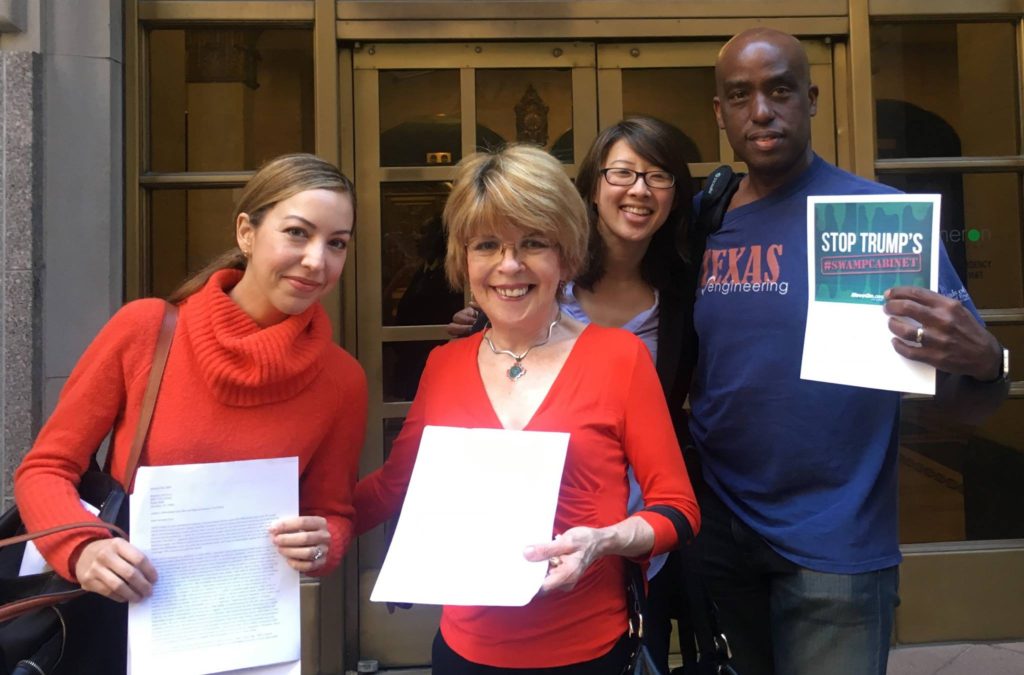 After a few minutes, the police was called and had those remaining outside removed from the building. Ted Cruz's staff claimed it was the building that did it and not Ted Cruz. It is clear that was likely not the case. 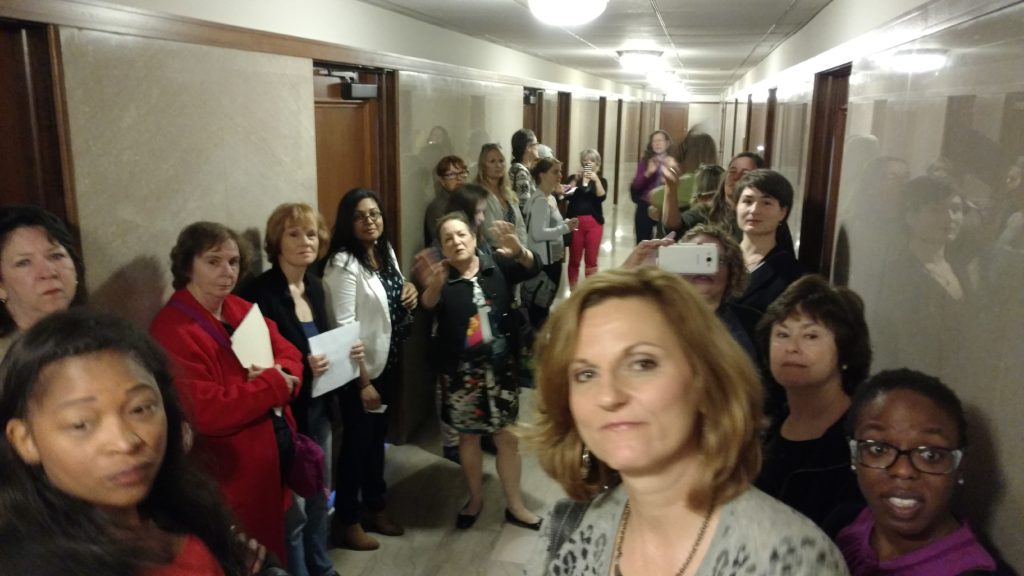 Lisa, our organizer, opened the meeting giving the reasons why Tom Price was a poor choice for HHS Secretary. Included was his conflict of interest and his draconian belief in privatizing every aspect of healthcare with no regards to humanity.

Melanie, the woman with an aneurysm, expressed that she will be uninsurable absent Obamacare. She pointed out how ridiculous high-risk pools are with fact-based numbers with detailing the number of people that would need to be in these pools and their caps.

Dr. Dona Kim Murphey noted that most of the indigent she sees are working people and not the stereotypes that those like Ted Cruz and his ilk demean with their rhetoric. She pointed out that Norway, a country she visited recently, has a healthcare system that is much more efficient while given the same if not better care citizens receive in America.

I expressed my disgust with treating health insurance as a product. I relayed my story about my wife who has Lupus, a preexisting condition. I then went into the narrative that is essential. Healthcare should be a right. One cannot have a country that is humane if its citizens are unable to get health care.

Ted Cruz's staffer told us that they would write up all that we said and present it to the Senator. Earlier I asked her if we were just spinning our wheels. She assured us that he would get our comments. I made sure to let her know that we are activating and educating folks. Moreover, we are talking to their people. The Trump voter will suffer as much if not more than the other citizens of the country under the draconian policies about to be unleashed on us, all absent our continuous engagement.

Folks, keep in touch with your Senators and Congresspersons. Do not let up. Call them daily. We can prevent them from destroying the gains we have made over the last few years. It is imperative that we stop them now.

Burnt Orange Report picked up the story later that afternoon.