Houston had a massive protest at its principal airport, the Houston Intercontinental Airport (IAH) over Trump's 'Muslim Ban.' I spoke to four attorneys present who were helping the detainees and their families. They had quite a bit to say.

The protest at the IAH was very peaceful. A few Trump supporters infiltrated several areas but were shouted down and edged out for attempting to instigate violence. I did a rough count inside and came up with over one thousand protesters in the building. As the evening progressed, more and more protesters kept coming. Eventually, the Houston Police officers, who were very pleasant and helpful, stopped entry into International Terminal E. There were several hundred protesters outside as well. 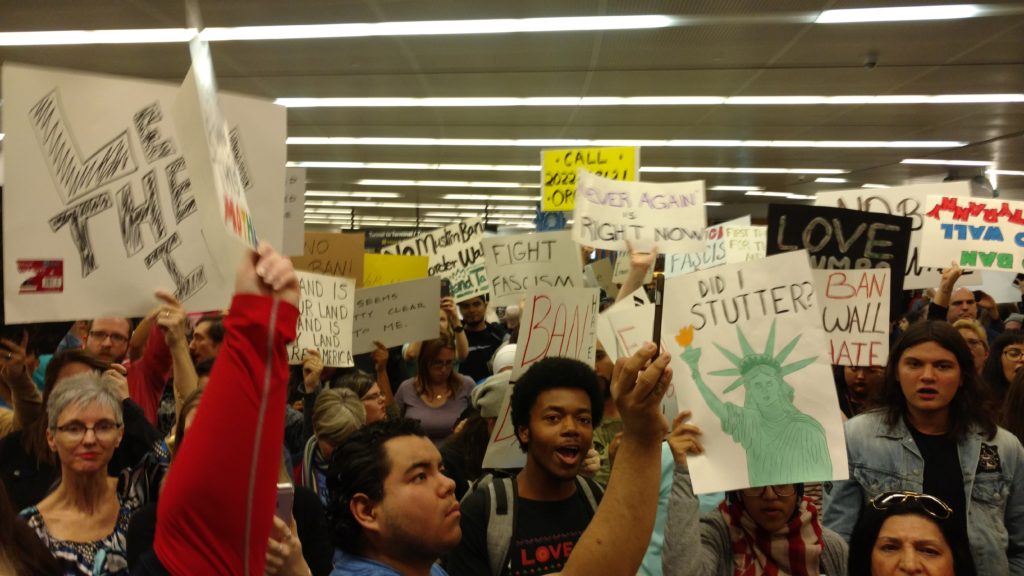 I spoke to four attorneys,  Salvador Colon, Anne Chandler, Elizabeth Mendoza, and Rosemary Vega, that were there to provide legal immigration assistance to the detained and their families. Ms. Mendoza said that the ACLU was able to get a stay on the executive order. She said that the lawyers are present to make sure that the stay is honored and are ready to lend their assistance to anyone who needs assistance to get into the country.

Mr. Colon said there were about 50 people detained. He said secondary interviews are taken a long time and as such, it is difficult to determine when they are considered detained.

Ms. Chandler said the attorneys will be at the airport for as long as it takes. She also pointed out that the lawyers are providing free help for the detainees and their families. 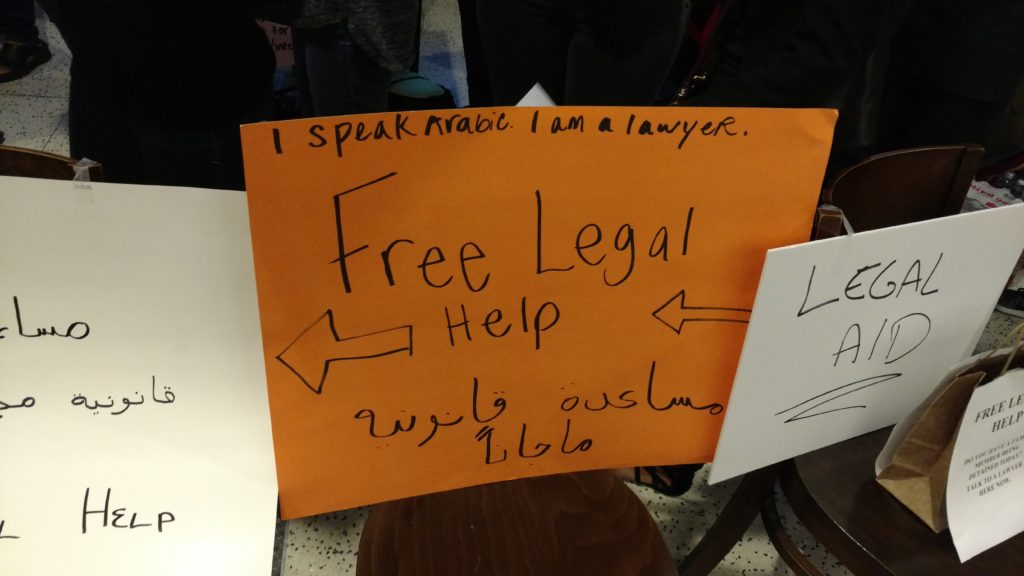 Immigration lawyer, Rosemary Vega said that many of the detainees are going through a secondary round of questioning. She said most of the times the detainees are not allowed to use their own cell phones. Ms. Vega said she is hopeful there will be enough attorneys at the airport.

A few hours before I left, one of the lead protest organizers shouted that they're 5o detainees released,