Citizens can be coerced into supporting a fascist state by instilling fear in its population. Trump’s claim that the media is not reporting terrorism was easily debunked. This report shredded the fear he is trying to instill in us by overblowing terrorism in the U.S. and Europe. We must ensure folks hear and see the truth.

MSNBC Cal Perry performed great researched journalism on terrorism to counter the flood of lies emanating from Donald Trump’s administration. Host Katy Tur pointed out that Trump attempted to justify his Muslim banning executive order by releasing a list of seventy-eight attacks saying that the media undercovered actual terrorist acts and implied that terrorism is prevalent.

Tur asked Cal Perry if Trump had his facts right. Perry said they had the wrong facts. He then proceeded to use the real numerical data to debunk the Trump’s administration’s lies.

“We covered extensively those seventy-eight terror attacks that were put out on a list by the White House,” Perry said. “But when you talk to people in the Middle-East and the African nations, they will say ‘Yes but you are not covering terror as it exists around the world.'”

Perry proceeded to show the real state of terrorism around the world based on data from the Global Terrorism Index generated by the Institute for Economics and Peace.

“On that list that was provided by the White House,” Perry said. “three countries were not mentioned. Those three countries were Pakistan, Syria, and surprisingly, shockingly, Iraq. I don’t know how you do that. I don’t know how you don’t mention Iraq. This is an idea, a look at the largest number of terror attacks. And you are talking here in 2015 three-quarters of all deaths from terror attacks took place in those five countries.”

Deaths from terrorism in 2015 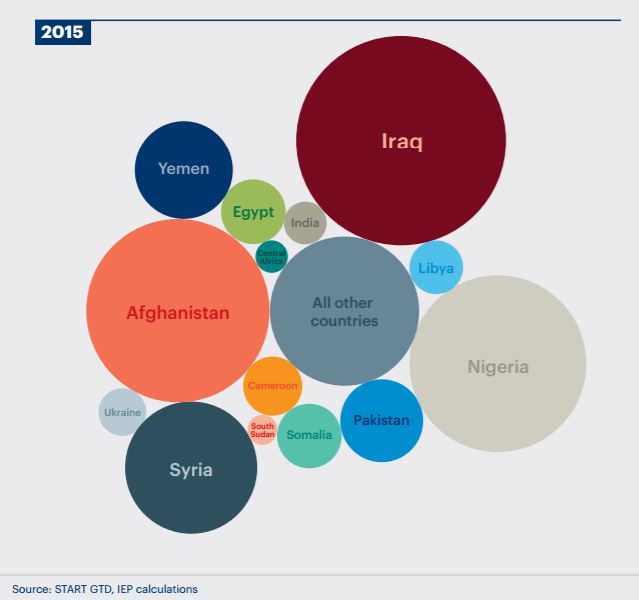 The five countries at the top of the GTI; Iraq, Afghanistan, Nigeria, Pakistan and Syria, accounted for 72 percent of all deaths from terrorism in 2015.

Cal Perry then proceeded to show the increase in terror attacks since September 11th. It shows a downward plateau between 2014 and 2015 after a sharp rise attributed to ISIL. 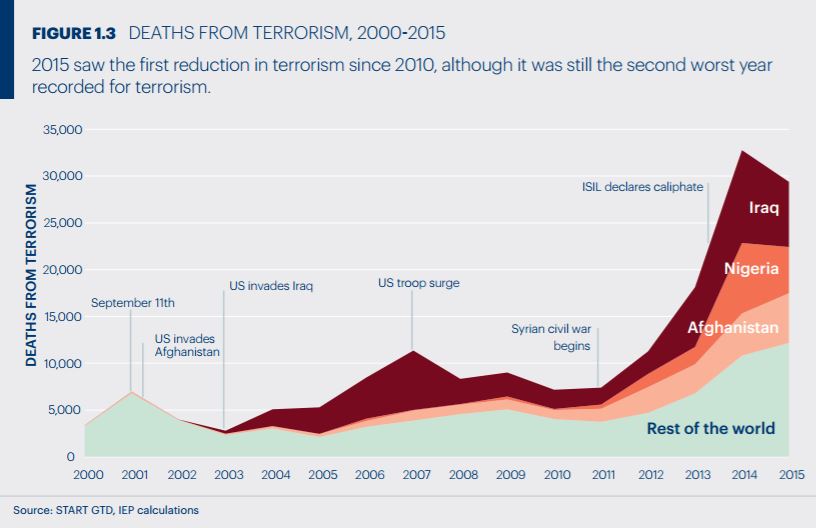 2015 appears to be a plateau year for terrorism, reversing the steep increasing trend of the three prior years.

He then pointed out the countries with the highest number of terror deaths. 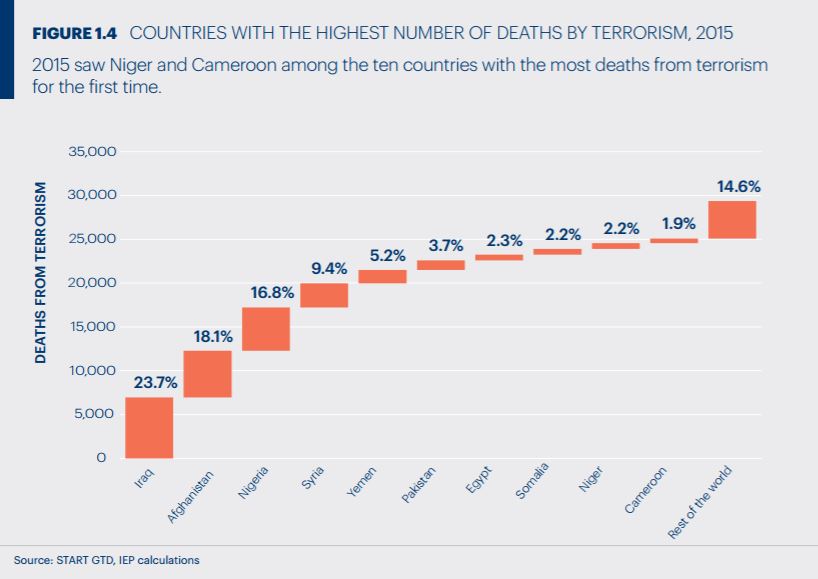 “Here are by countries,” Perry said. “The top countries, Iraq number one, Afghanistan number two, Nigeria number three. Syria is hanging in there as number four. Again, we haven’t reached a single European nation yet.”

And here is the coup de grace and the reason one should not listen to the alternative facts emanating from the Trump administration and the Right Wing. 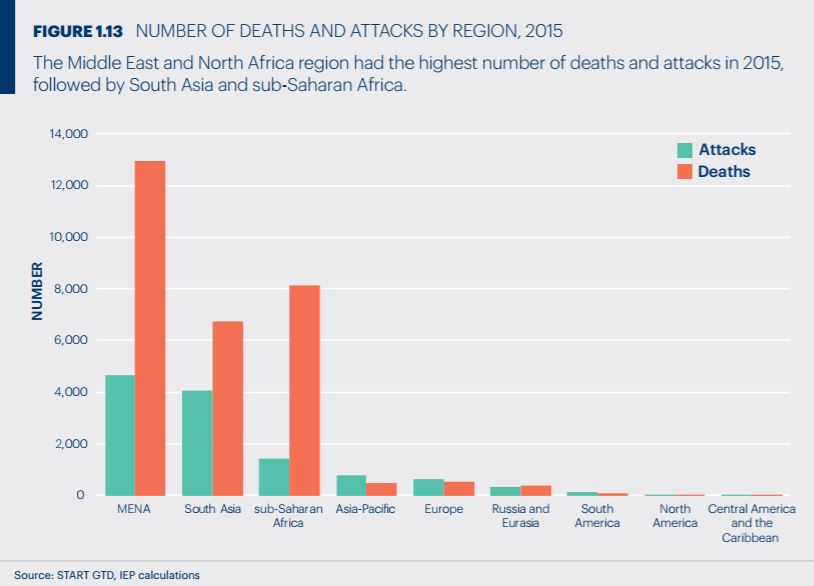 “in 2015, by continent,” Perry pointed out. “You can see, the Middle-East, South Asia, and Sub-Saharan Africa take it. Europe and America barely rank.”

Here is the reality. Americans should more fear very well-armed gun-touting Right Wing Nationalists, Militia, and criminals rather than terrorists. If you doubt it, read the Newsweek story “RIGHT-WING EXTREMISTS ARE A BIGGER THREAT TO AMERICA THAN ISIS” now. It isn’t the that the terrorism story is being underreported. It is that the Right Wing Extremist story isn’t being reported. I will be honest; I consider them Trump’s fascist army.