Once again Ali Velshi was forced to school a misinforming Right Wing Republican politician on the real facts about health care. He did not let the lies slide by at all.

Ali Velshi continues his attack on the fallacies coming from the Right Wing Republicans on health insurance in general and Obamacare in particular.

Velshi started by pointing out that the polls for both President Trump himself and the Trumpcare bill, in particular, are terrible. 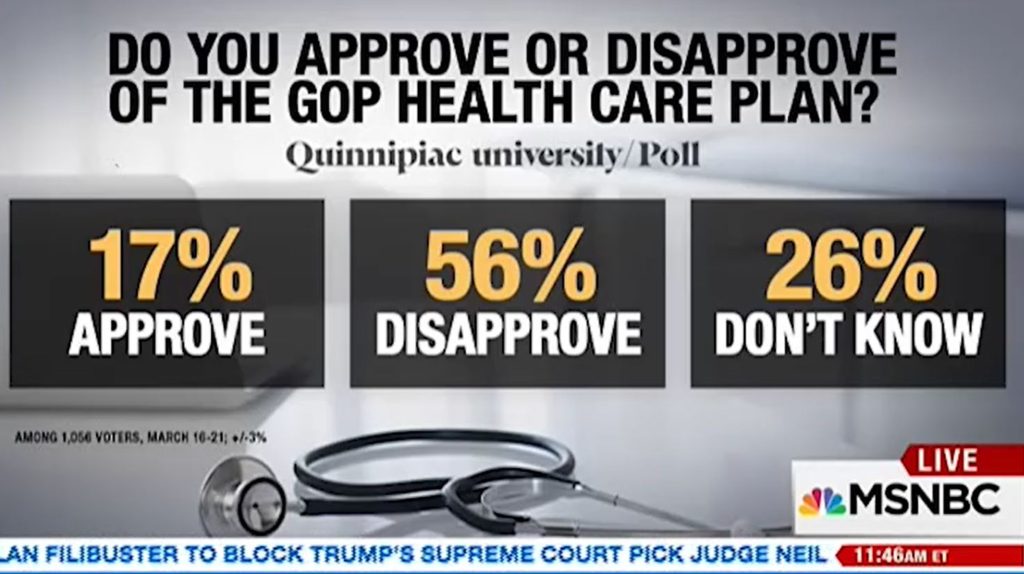 Former Senator Tom Coburn began to get flustered. He said polls should not be believed, using the 2016 election as an example. Of course, the reality is that 2016 polls were mostly accurate and within the margin of error. They just failed cumulatively in the wrong places for Hillary Clinton. But remember she won the popular vote by almost 3 million votes.

Velshi eventually pulled the poll off of the screen stating the Senator does not believe in polls.

Coburn implied the reason why polls may be bad is that no one understood the bill. Velshi said he has been doing his job to educate Americans.

Coburn agreed but blamed it on what people are saying about the bill. He forgot that Republicans in 2009 invented the lies about Obamacare, death panels, throwing grandma out of the bus, and much more. The difference is that the attacks on Trumpcare are truthful. The attacks on Obamacare were lies.

It only got worse afterward. Coburn went on the attack on the CBO.

Coburn then used one study in Pennsylvania to blame Medicaid for Obamacare problems. Ali Velshi hit back.

A flustered Coburn disputed the point saying it was not true.

"With all due respect," Velshi said. "Those are not poll numbers. That's a hundred percent true."

As Coburn continued spewing misinformation and lies, Velshi pointed out that our health care costs are more than double that of industrialized nations. He then gave the fact based numbers. 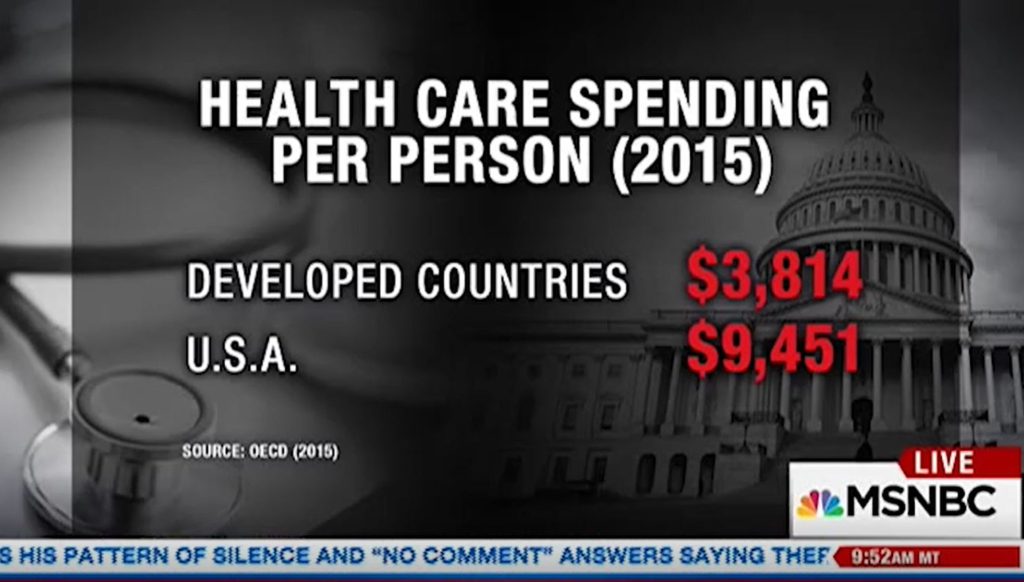 Coburn had to eventually concede if only tepidly.