When President Donald Trump launches his tax cut campaign today in Missouri, he will no doubt repeat the Republican mantra that slashing the corporate tax rate will lead to more and better jobs. He has proposed cutting the statutory federal corporate tax rate from 35 to 15 percent, while House Speaker Paul Ryan has called for a 20 percent rate.

To investigate this jobs claim, the Institute for Policy Studies has analyzed the employment records of the 92 publicly held U.S. corporations that exploited loopholes to pay less than a 20 percent effective U.S. tax rate from 2008 through 2015, despite making a profit every year. 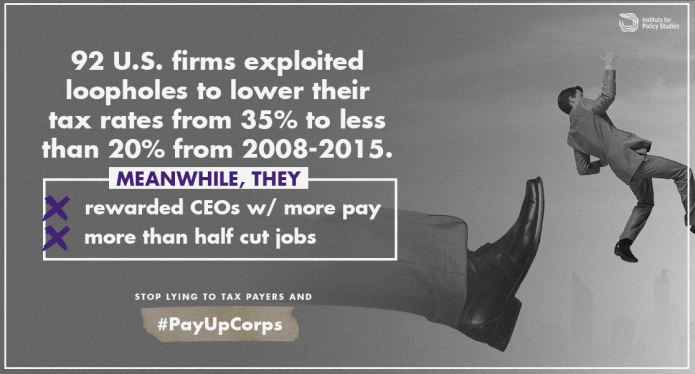 Tax-dodging corporations paid their CEOs more than other big firms 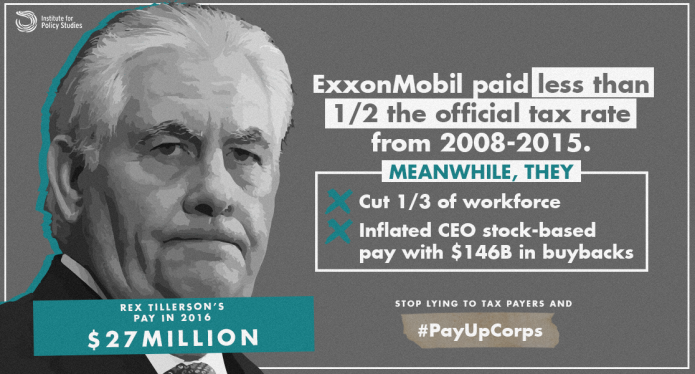 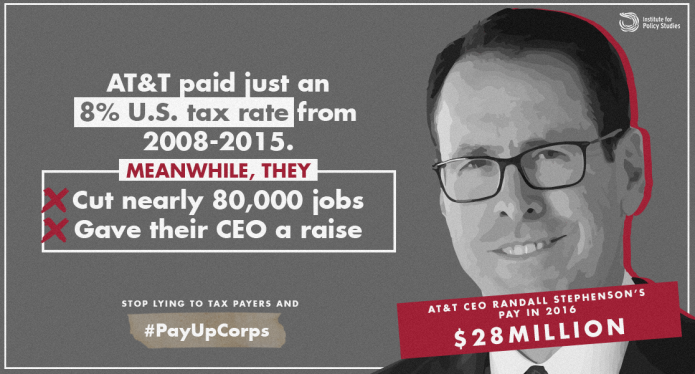 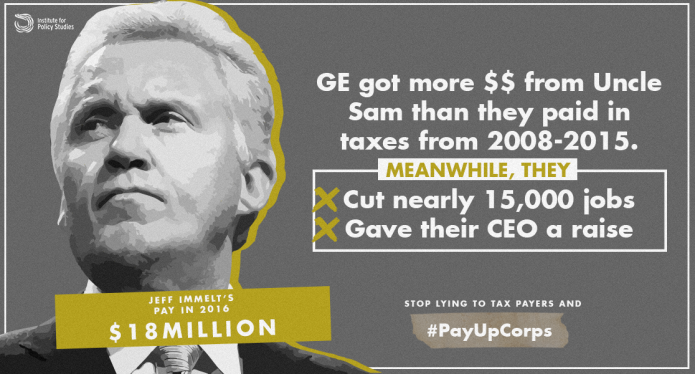 “CEOs have used the proceeds from tax savings to enrich themselves at the expense of job-creating investments,” notes report author Sarah Anderson. “The debate over corporate taxes should focus on ensuring that the corporations these CEOs run pay their full and fair share.”

This 24th edition of the annual IPS Executive Excess series also includes the most comprehensive available catalog of CEO pay reforms, including proposed legislation to eliminate the CEO bonus loophole.

About the lead author: Sarah Anderson directs the Global Economy Project at the Institute for Policy Studies and co-edits the IPS web site Inequality.org. She has been the lead author on all 24 of the Institute’s annual Executive Excess reports. Her executive compensation analysis has been featured recently in the New York Times, Fortune, and the Los Angeles Times.

The Institute for Policy Studies (IPS-DC.org) is a multi-issue research center that has conducted path-breaking research on executive compensation for more than 20 years. IPS also provides a constant stream of inequality analysis and solutions through our Inequality.org web site and weekly newsletter.