Indivisible Houston Action Chair Nisha Randle followed Jared Yates Sexton’s every move on Twitter when she realized he embedded himself to report on the Trump cult movement. When she found out he was writing a book, she brought it to the leadership team and invited Sexton to an Indivisible Houston sponsored book signing and discussion. Sexton did not disappoint as he laid out what he inherently knew and learned about the Trump movement.

Sexton’s new book, “The People Are Going to Rise Like the Waters Upon Your Shore: A Story of American Rage,”is a must-read. Listening to Jared made it clear he was not yet another author writing about the Trump phenomenon with an Ivory League understanding but someone who could relate. I purchased my copy as Jared was speaking. I knew his experience would inform me as a blogger, radio host, and activist communicate beyond the Progressive choir. 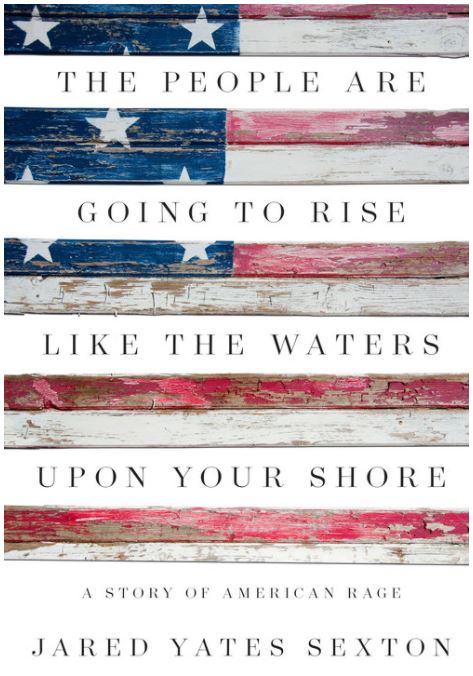 The People Are Going To Rise Like The Waters Upon Your Shore: A Story of American Rage

The People Are Going To Rise Like The Waters Upon Your Shore is a firsthand account of the events that shaped the 2016 Presidential Election and the cultural forces that powered Donald Trump past Hillary Clinton and into the White House. Featuring in-the-field reports as well as deep analysis, Sexton’s book is not just the story of the most unexpected and divisive election in modern political history. It is a sobering chronicle of the sicknesses that plague our democracy―a divided nation drowning in racism, misogyny, violence, fake news, and deep-rooted political polarization as a result of our self-constructed, technologically-assisted echo chambers. Like the works of Hunter S. Thompson and Norman Mailer―books that have paved the way for important narratives that shape how we perceive not only the politics of our time but also our way of life―The People Are Going to Rise Like The Waters Upon Your Shore is an instant classic, an authoritative depiction of a country struggling to make sense of itself…An instant classic.

Who is Jared Yates Sexton?

Jared Yates Sexton is a writer, academic, and political correspondent whose work has appeared in The New York Times, The New Republic, Salon, and literary journals around the world. He’s a regular guest on television, radio, and podcasts, and the author of three collections of short fiction and the political book, “The People Are Going To Rise Like The Waters Upon Your Shore.” Currently, he serves as an Associate Professor of Creative Writing in the Department of Writing & Linguistics at Georgia Southern University.