Phones calls, tweets, texts, and Facebook messages started flying between Houston area activists as they got wind that President Trump's Education Secretary Nancy DeVos was coming to town. She did not visit any of the Harvey Hurricane damaged schools in Houston proper. She went to the flooded upscale Kingwood High School in the Houston suburbs for a photo-op showing her painting the walls.

When Kingwood High School students are allowed into their school after Spring Break, they can chuckle about a few strokes of paint that were applied by our billionaire Education Secretary. It is not immediately clear what image the secretary was attempting to convey.

A small cadre of well-informed protesters greeted Nancy DeVos in Kingwood Texas. They had very little time to prepare a protest as they only found out she was coming a few hours before the photo-op. Those activists who showed up had a lot to say.

Betsy DeVos' Press Secretary Liz Hall said that the purpose of the Secretary's visit was to make it clear that the current administration has not forgotten about flooded areas like the Houston Metro Area. The photo-op was only available for the press, not the public at large.

It is clear why they did not have the event open to the public as DeVos is a magnet for protesters given this administration's policies. It is concerning that she would come to a fairly affluent high school that will open ahead of schedule, while Houston is filled with schools that are in much worse condition pre and post Hurricane Harvey.

Some Picture from inside Kingwood High School w/Betsy Devos painting 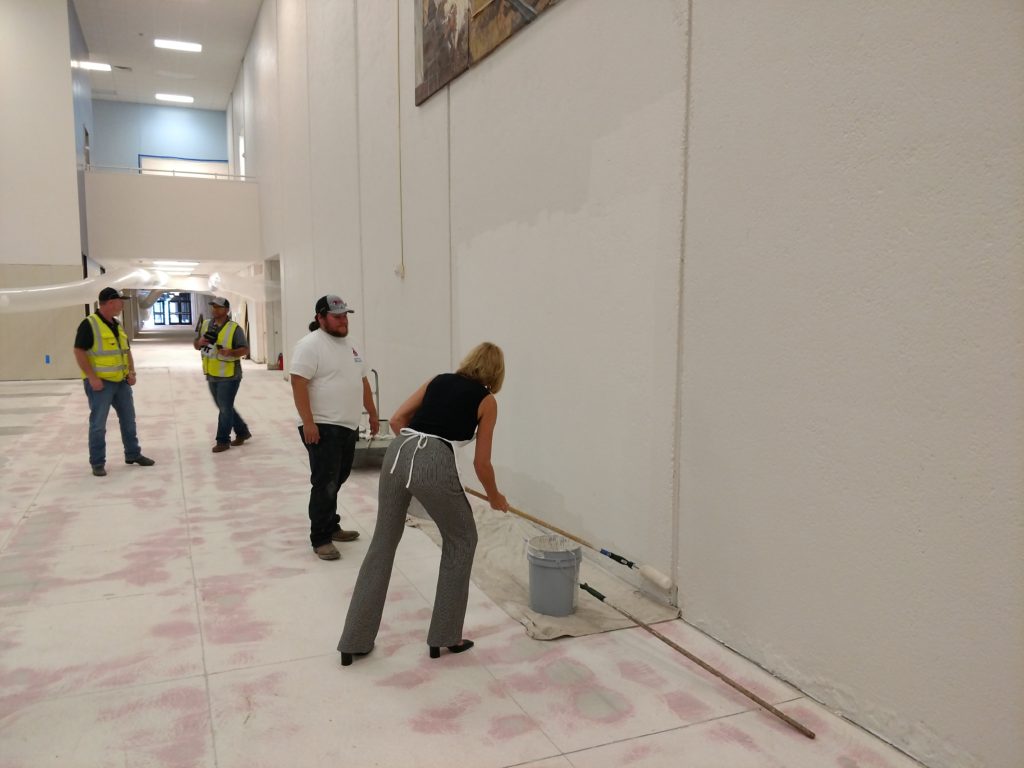 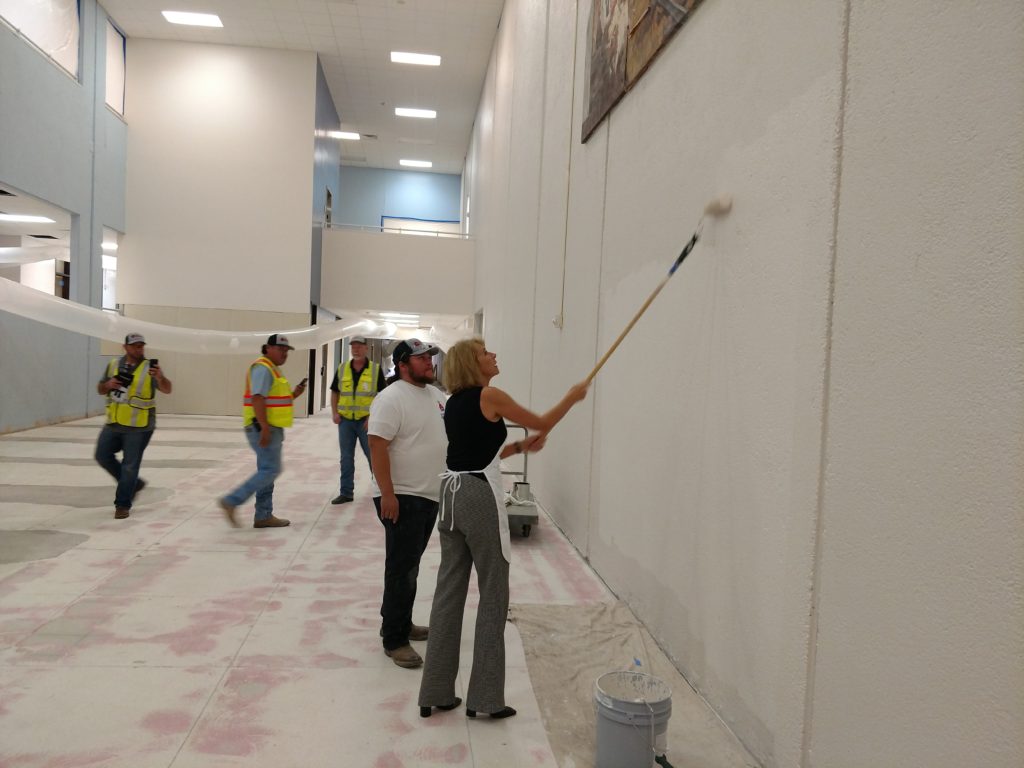 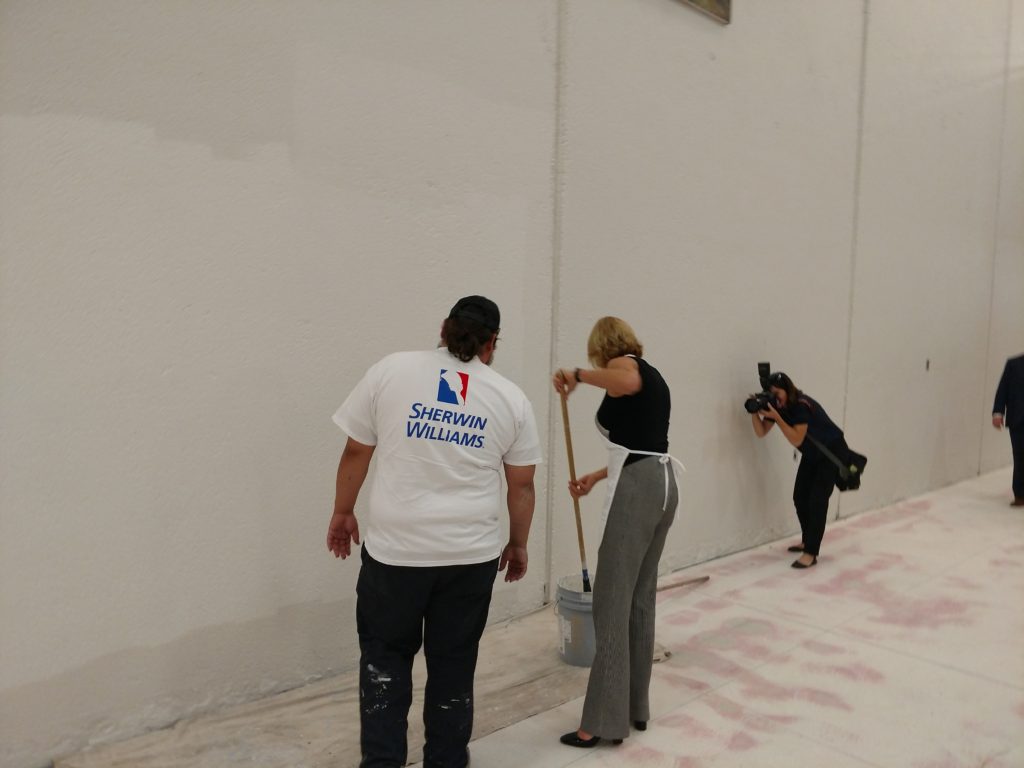 Betsy DeVos getting help from one of the painters. 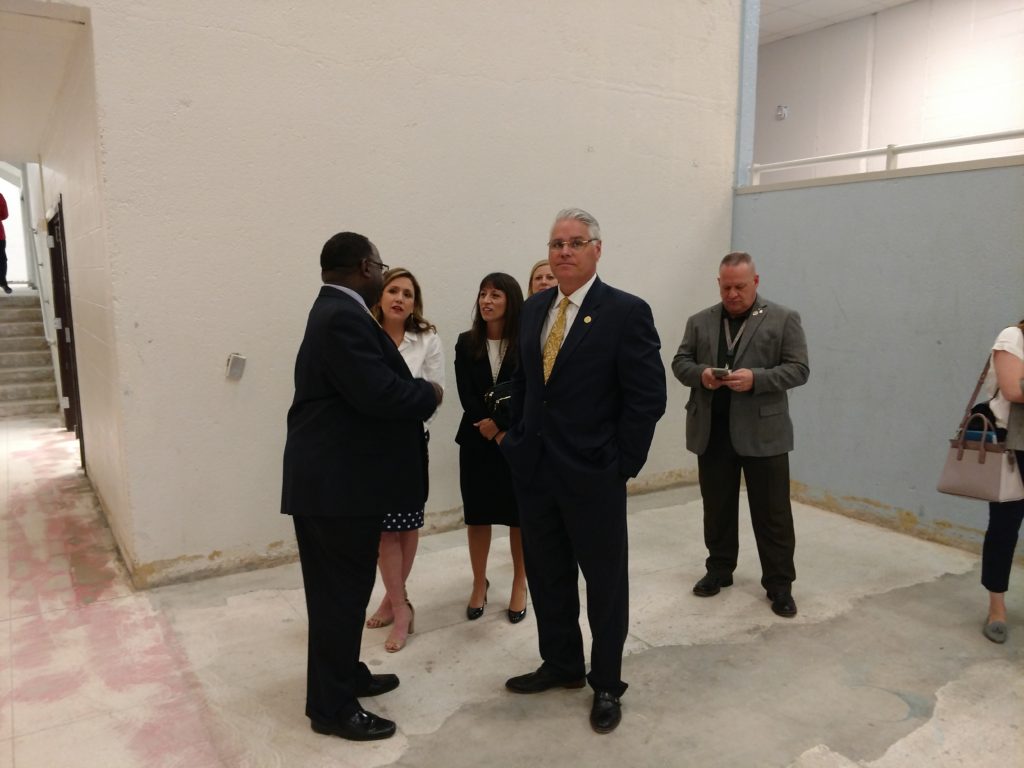 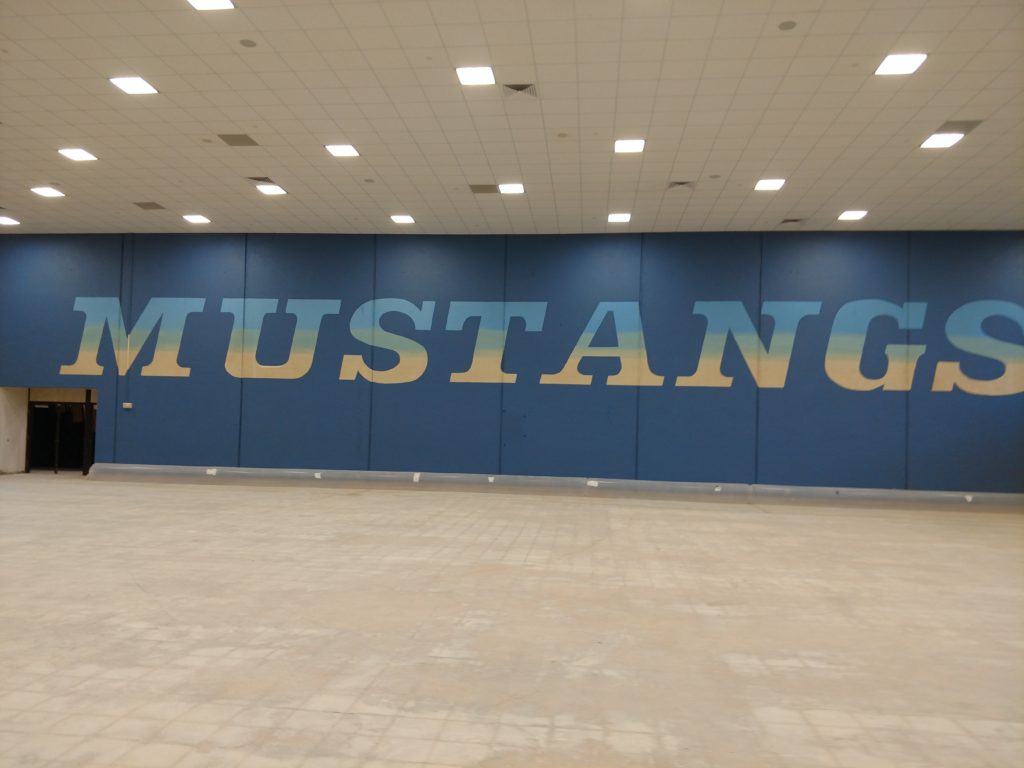