I spent two days in Havana Cuba. I learned a lot speaking to three Cubans from a political perspective with points of views that were different but that intersected. It illustrates that the political discourse about Cuba by politicians and wealthy ex-patriots is hypocritical, shallow, and at best lacking. These Cubans should make you think.

A group of my family and friends decided to visit Cuba for Christmas. We usually have a crowd of anywhere from 30 to 60 for Christmas dinner. While we missed the friends and families, we did not miss the work. This year we got pampered on an inexpensive cruise. 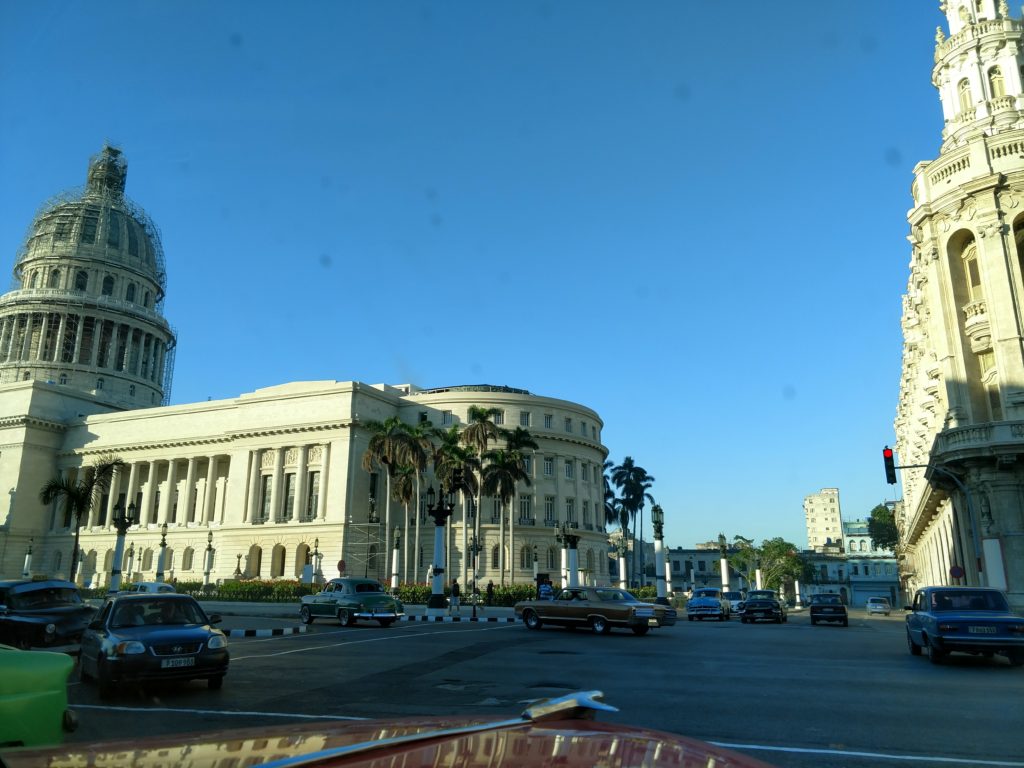 I did not know what to expect in Havana. The Royal Caribbean Cruise Line left the impression that the Obama executive orders overturned by Trump, made entering Cuba without purchasing one of their “educational tours” or .event could potentially land us in trouble. When we got onboard and probed employees directly in-the-know, it turned out we could have toured on our own. So beware of what the salespeople tell you. If you are in a state where recording a call is allowed when at least one party agrees, then tape the call and get a refund if you bought something you did not want.

We purchased two packages. One was entertainment only where we hoped we would have come a bit closer to the average Cuban in party mode. We did not. W were mostly among tourists. The second event indeed was a learning experience that I used to get different political points of views about Cuba from Cubans who are the ones living through the Cuban experience and all that it entails.

I spoke to a young Cuban who owned an excursion-by-vintage-car business, one who works for the government via the company promoting some excursions, and to a naturalize Cuban-American citizen who came to America at 14. These Cubans all love their motherland and just want it to work for all.

I know that people living in communist countries are very hesitant to talk to foreigners overtly about politics. As a Panamanian naturalized American citizen, I created an aura of comfort, first with language, I speak Spanish fluently and then with a pure nonjudgmental form of conversing where I acknowledged flaws in the American system. The idea was to have a more intellectual discussion than an ideological debate. 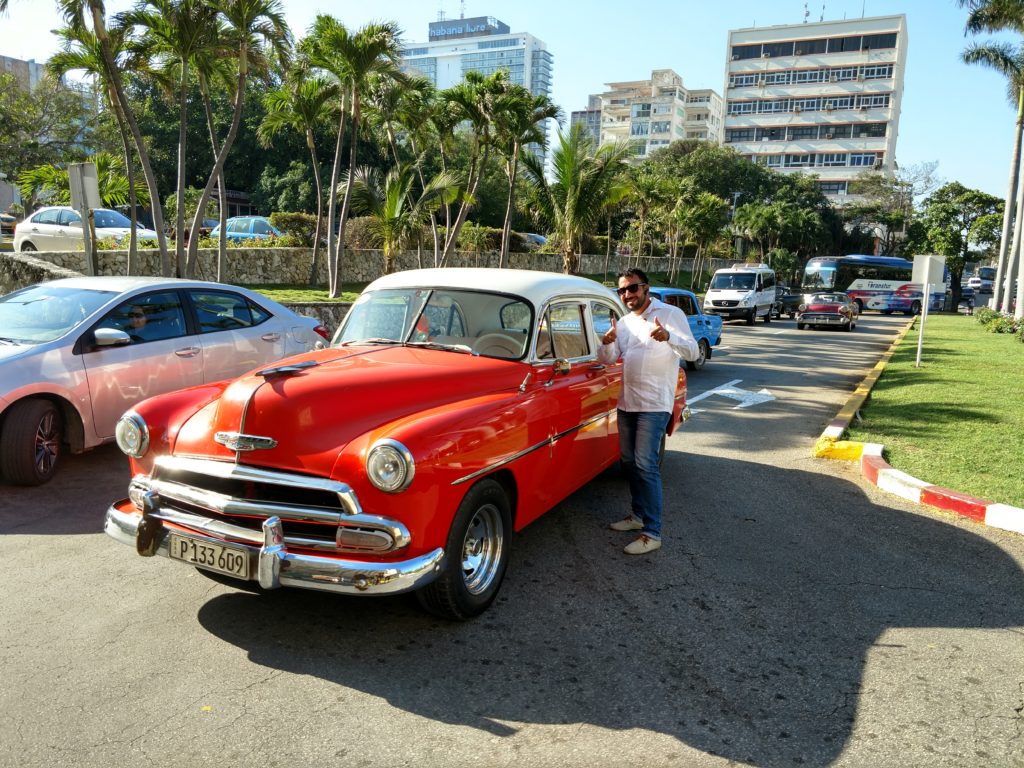 My daughter selected a millennial to drive us around Havana. He is an entrepreneur. He inherited his 1950 car from his grandfather. The driver has a degree in IT engineering. If he worked for the government, he would be making about $24.00 per month. He told me that doctors make about $60.00 a month. It should be noted that food is heavily subsidized and everybody has a right to healthcare. The allotment of food each person gets per month only lasts 10 days or so. As such Cubans know how to hustle.

Our driver said he has between $1200 to $1500 in revenues per month. He has to give the government $600 in licensing fees every month and a couple of other taxes. He has to pay a few more in other taxes. But he clears $300 to $500 every month. He purchased a home and is doing well but he decidedly wants to keep more of his money. He wants a change. 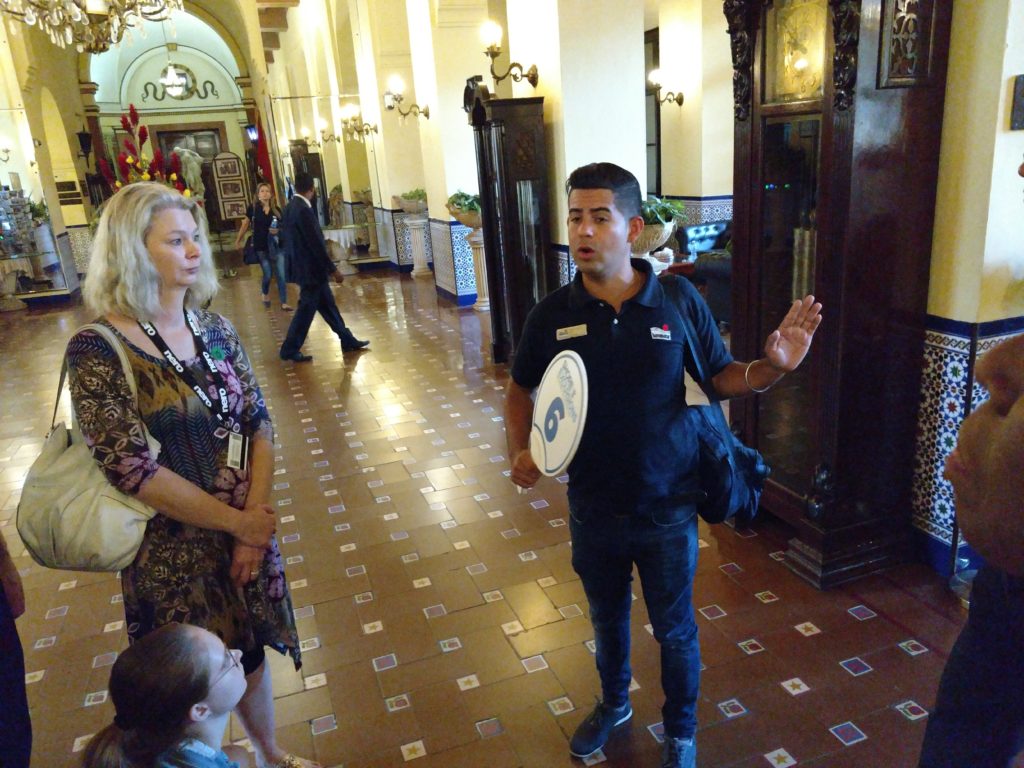 Our tour guide works for the government. He was a Spanish professor who decided to work in the hospitality business for better wages, likely the tips that people give him under the radar. He believes in the Cuban communist revolution but does want some changes that make life easier. He said there are two economies in Cuba. Everyone pretty much has a side job to make ends meet. There is a vibrant free enterprise economy not sanctioned by the government as they look the other way. But he is adamant in his support for free healthcare, food for all, and the fact that homelessness does not exist in Cuba.

These people understand their economy and the U.S. economy. What I found is they both wanted the best of the U.S. economy with the social security of theirs. The professor gave an interesting example. One cannot own land in Cuba. The only private land he said was for a cemetery in Havana. I am not sure if he meant all cemeteries or just the particular one. He pointed out that all land belongs to all Cubans. But people can own property on the land. Unlike in America where in many states property taxes are high and are paid every year, in Cuba one pays a 3% property tax one time until one sells the house. He then asked, “If you pay taxes every year on your property, do you really own it?” The reality is you don’t as it can be taken away if the taxes aren’t paid.

The professor agreed that instead of having ideological fights, it is time for molding an economic system that adopts the policies from them all that works best for all instead of for a few. 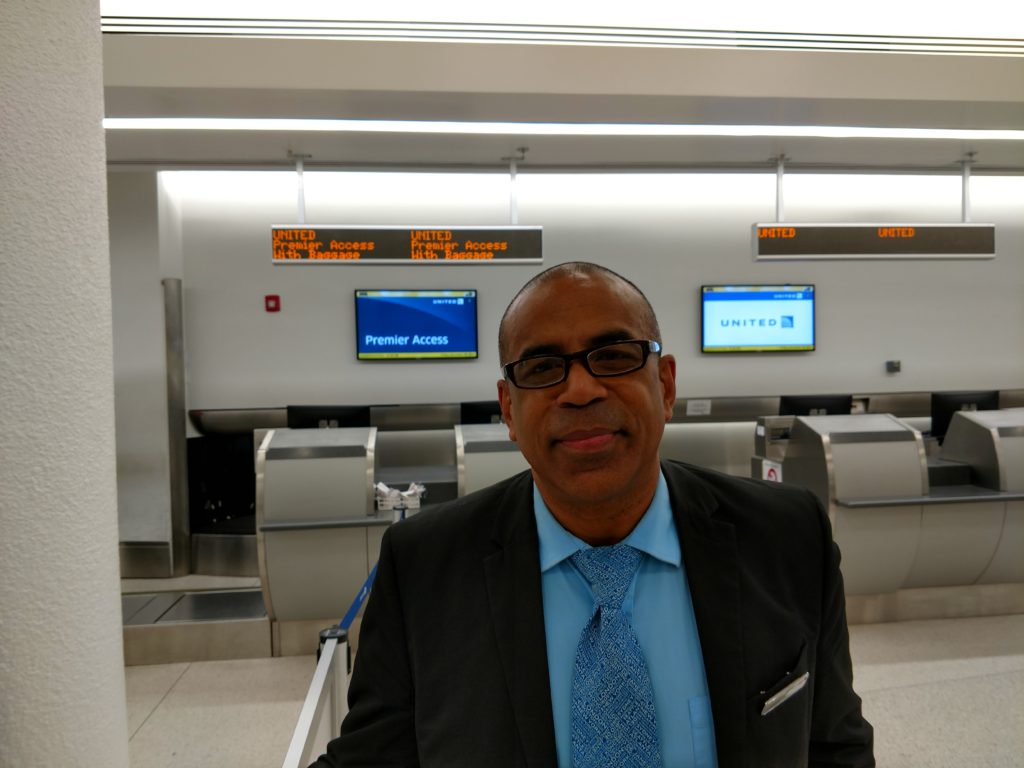 On my way back to Houston, I met a black Cuban at the Miami airport who helped me with my bags. He is a staunch Democrat, Obama and Clinton supporter, and supports normalization of relations with Cuba. He presented himself as somewhat anti-Castro using some of the standard American rhetoric.

When I was in Cuba I had the two Cubans confirm a reality that the Cuban revolution meant for many. As I stated in my article titled “Why I do not hate Cuba and no person of color should nor their white allies should,”

The Cold War had no concern for the socio-economic-racial angst in Cuba or elsewhere. But here are some results rarely discussed. Under Cuba post-Batista, people of color while previously relegated to menial jobs became doctors, lawyers, engineers, and other professionals that were exported throughout the world. When a democracy and economic system consign a particular segment of its population to a life of less than, one should not be surprised when they seek an alternative. That alternative was better for many Cubans. It gave them a dignity they never had. And in the process, it created a healthcare system that covers every Cuban who all now have better medical outcomes than those in America.

The Cuban-American in Miami ultimately agreed. He did say that a system cannot kill racism and that at times people of color even under the Castro regime do not have the upward mobility as their white counterparts. But he conceded it is nothing like in America or how it was in Cuba before. My Cuban driver and guide confirmed that reality as well.

I really enjoyed my short visit to Cuba as it confirmed what I thought it would. The people were very nice. Every tour guide sanctioned by the government or not wanted us to know specifically that unlike Donald Trump’s utterances, they love their county and they want good relations with the people of the United States. They want to exchange ideas. They are not clamoring to adopt our system but they want their system improved with the good attributes of our system, the Canadian system, and the European systems. They are well aware of the international communities. One Cuban reminded me that while relations with the United States are strained, for decades they’ve had relationships with capitalist and social democracies.

I encourage everyone to travel to Cuba. Let our government know that restricting what we can do in Cuba is nothing more than the United States, the bastion of freedom, taking away the freedom of its own citizens.