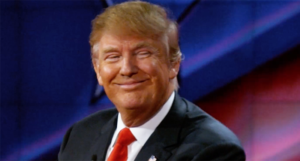 “Why are we having all these people from sh*thole countries come here?”

Sh*thole has been uttered on cable news over a dozen times. My only regret is that George Carlin didn’t live long enough to see the barrage of politicians, news anchors and pundits repeat one of the FCC’s seven banned words.

Almost a year into this experiment, the polarization in our country is just as palpable as it was on election night. Our choices are no longer Democrat or Republican. The people who defend Donald Trump’s daily attacks on civility are at war with commonsense and decency. This is bigger than a “poor choice of words”. It’s about a defining principle of this nation. Are we still striving to be the shining city on a hill, or is it time to finally admit the American dream was never meant for everyone?

I’m not going to write 1,000 words about this statement; it doesn’t require critical analysis. Fox news and other conservative media outlets will spin the president’s words in an attempt to drain them of their ignorance and racism. Left leaning blogs and websites will use this latest controversy for clicks. This cycle has no end in sight. Instead of engaging the superficial I want to make some statements that contextualize this moment.

Covering Donald Trump is exhausting. I have friends and acquaintances who make a decent living doing so, most are liberal, some are conservative, but almost all of them are worn out. This presidency is turning our beloved vocation into a dreaded occupation. I am tired of expending time and emotional energy cataloging and explaining our president’s racism and white supremacist ideology.