Tuesday night was a significant day for many reasons. First of all, it showed that Americans of all stripes would activate when some action by their politicians have an immediate effect on their lives or the lives of their families. Secondly, it showed that when the fear of the masses is made evident to politicians, they react in their self-interest. They execute the will of the people. They stopped the drive to charter schools. We still have a Democracy even as Trump tries to undermine it every day.

The fight did not come easy. The board used heavy-handed tactics in its attempt to silence the constituents who did not want their schools to become charter schools.

A board member can be heard saying that members of the board wanted to go to closed session. In fact, they did not allow Karina Quesada-Leon to finish the few words she had left after her time expired. The board president Rhonda Skillern-Jones called the police to remove her. Constituents did what they were supposed to do precisely in a democracy.

Shortly after that, another board member can be heard saying, “Clear the f$cking room. I’m sick of this sh$t.” That board member acted as if she was annoyed by those who elected her.

The short story is that the Houston Independent School District board was attempting to turn over ten low performing Houston schools to charter schools run by Energized For STEM Academy. The community did not want that, and they effectively stopped the board. 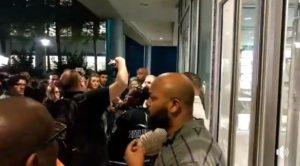 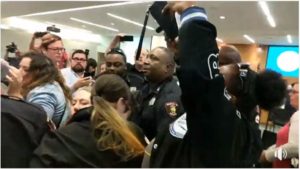 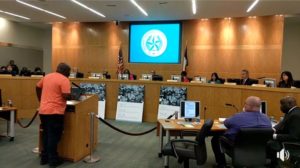 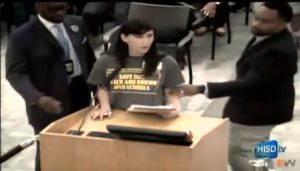 Two heroes, Kandice Webber & another woman, were arrested as they objected to the attempt of the public school coup, the prostitution of 10 public schools in the Houston Independent School district. All charges were subsequently dropped.

Progressives are going to need this same passion to win 2018. But we can and will do it.