My Starbucks friend Vickie introduced me to Peanut spiked Coke, so I thought after knowing her this long, it was time to get her on one of my blog posts. At first, she was concerned about the picture I would use. Come on Vickie; this is what I do.

If I had no interaction with other patrons at Starbucks, sometimes I wonder if I would spend that much time in that one corner. Well, to be truthful, I visit coffee shops all over Houston. I like the Black Hole, Agora, and a few others I cannot remember off the top of my head. But 95% of the times I am at a Starbucks somewhere in the Houston metro area or in whatever city I am traveling in, a creature of habit.

When in Kingwood, likely the most Conservative suburbs in Texas and home to the most active TEA Party organization, the guys, mostly Starbucks regular seem to get a kick out of ‘conversing’ with me, the only Progressive Liberal that wears his ideology outwardly. To be clear, 36% or so of folks in Kingwood are Liberal but tend to keep their mouths shut many times fearing when they see me that I, will somehow out them. Not to worry, I play the game very well for those that bask in being incognito.

Speaking to the women, however, is much more engaging. Interestingly, I generally learn more from them. Recently, a Conservative friend and his wife and a few others were sitting. I found it surprising the political conversation we had. I found it entertaining but most importantly, her willingness to unabashedly say what she believes and to listen and respect my point of view was unlike most of the guys I generally engage with there.

But the above is a long experiential preamble to the purpose of this post. Most of us regulars are aware what days, and approximate times everyone comes in. Since I use Starbucks as an office away from home, I virtually know them all. Vickie, a regular I usually see and talk to on Saturdays happen to be in on Monday. I wondered if I forgot the day of the week temporarily. But then I remembered it was the Memorial Day holiday. 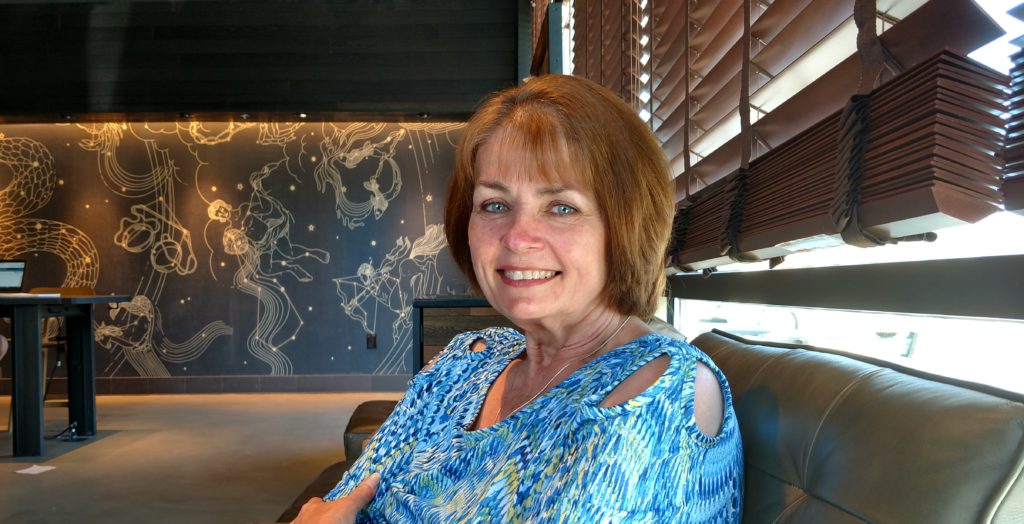 Usually, Vickie talks about some fantastic thing one of her students at her school did. She would also talk about her spot up in the Hill Country at the lake showing pictures of flora and fauna, deer roaming and the like. But her topics of interest always include something that she cooked or some cuisine at some restaurant.

I do not recall why I told Vickie about my recent car ordeal where I flew to Tampa to pick up a car, doing a complete turnaround in under 18 hours. Suffice it to say she thought I was crazy but at the same time turned me on to a Southern treat that she told me would have kept me awake, sugared, and satiated. And what was that? Peanut spiked Coke.

Of course this nerd, “yours truly,” wasted a few blogging minutes to research. After all, I kind of thought Vickie was pulling my leg. 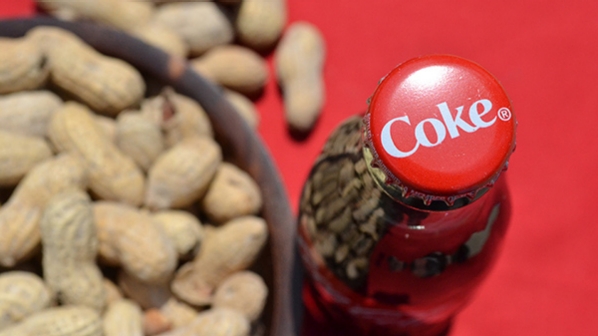 Well, I found the article “Coke and Peanuts: A Food Historian Speculates on How it Got Started.” It is a real southern thing, folks.

Southerners in the United States are a unique and eccentric group, as evidenced by the fact that we will fry anything that will hold still long enough and our favorite sport is watching a bunch of guys and a girl drive 200 miles an hour while making a continuous left turn.

When snack time rolls around, you might see your Southern friends do something else a little unusual.

“I remember Granddaddy sitting around the old country store down the road from the house,” says John Masters of Tampa, Florida. “Granddaddy would take a few good swallows of Coke, then tear off a corner of one of the little single serving bags of Tom’s peanuts, make his hand into a funnel and pour the peanuts into the Coke. It would fizz up for a few seconds, then he’d start drinking them down.”

Combining the sweet, ice-cold goodness of Coca-Cola with the salty crunch of peanuts is a practice that goes back for generations and brings back fond memories for Southerners of all ages.

I have not tried it yet as of the posting of this blog but I assure you I will. One note to Vickie; you always tell me about all those treats you cook. I have yet to taste any confirming your cooking prowess. Are you concerned I will write about it? LOL