This was a shocker. I found out when watching a reporter ask President Trump about his thoughts about Anthony Bourdain’s death. I thought maybe it was a heart attack, but suicide? He just seemed too together for that. Then one never knows. 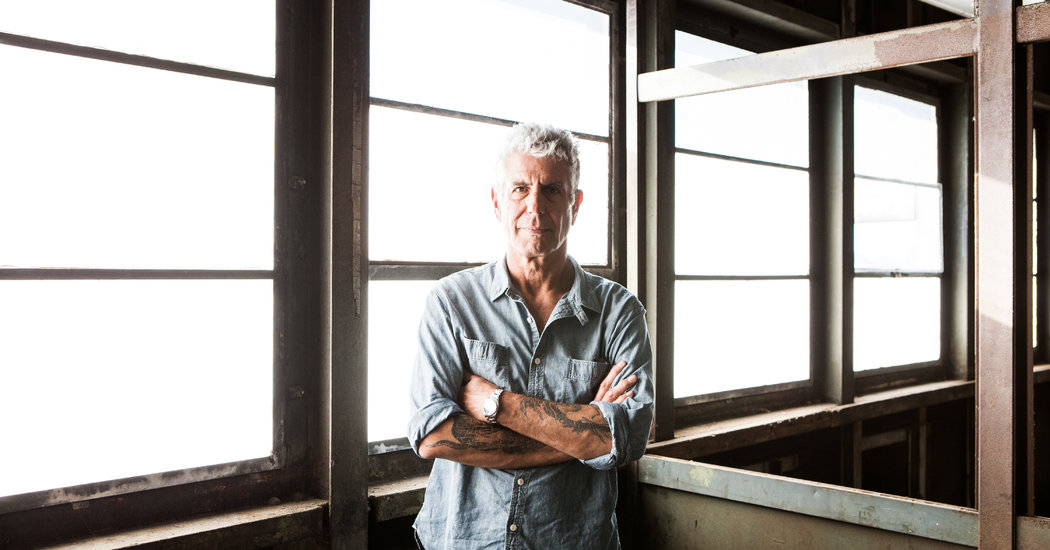 Mr. Bourdain started as a chef and became a popular television host of shows on the Travel Channel and CNN.
The travel host Anthony Bourdain, whose memoir “Kitchen Confidential” about the dark corners of New York’s restaurants started a career in television, died on Friday at 61.

For the past several years, Mr. Bourdain hosted the show “Parts Unknown” on CNN and was working on an episode in Strasbourg, France, when he died, the network said Friday morning. He killed himself in a hotel room, the network said.

“It is with extraordinary sadness we can confirm the death of our friend and colleague,” CNN said in a statement.

Bourdain will live on in the vast amount of work he has left us. But we will be deprived of so much more he was likely to unleash over subsequent seasons. Rest In Peace my TV friend.