The media was enamored with America’s most recent and effective con man even as they all knew the impossibility of a successful summit with Kim Jong-un. The media clearly knew that the Donald Trump/Kim Jong Un summit was a sham. They said as much. 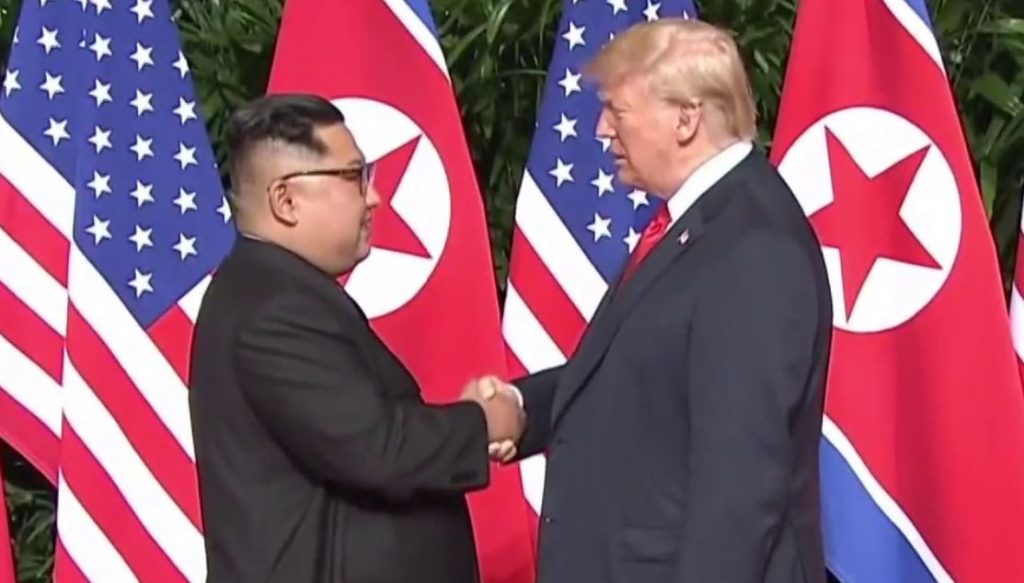 America’s con man, Donald Trump, got conned in Singapore. But unfortunately, in the process, the President duped Americans.

CNN reported the following in an article titled “Kim had a great summit. And he didn’t even need to give anything away”

Kim Jong Un couldn’t have scripted his Singapore sojourn any better himself. As he toured the streets on a night-time walkabout and posed for selfies with the Singaporean foreign minister, he was treated more like a rock star than a pariah autocrat. He may be the leader of a country with one of the worst human rights records in the world, but Kim was granted a friendly audience with Singapore’s Prime Minister Lee Hsien Loong, who had forked out $15 million to keep him accommodated in a luxury hotel and protected by dozens of security officers.
As his motorcade swept through the streets, excited Singaporeans even held up smartphones to capture the moment on social media.

But the real reward was five hours with US President Donald Trump on Tuesday, when the two leaders signed a document that essentially reiterated promises North Korea has already made, extracted no new or concrete concessions to demonstrate Pyongyang was committed to denuclearization, and further, spoke of “security assurances” the dictator had long sought from the United States. “The only thing that Kim has done is suspend testing of weapons, that’s not giving them away,” said Bruce Bechtol, a professor of political science at Angelo State University who has authored several books on North Korea. There was certainly nothing in the vague final statement that might result in potential blowback from his cadre of loyalists watching his every move from Pyongyang.

Here is the deal. Trump got conned. He ratcheted up fiery rhetoric against Kim Jong Un before and during his presidency. Jong Un showed the world that they had nuclear capabilities. Trump knew he had no options so he started to become more friendly with North Korea.

So how did Kim Jong Un con Trump? His nuclear testing was mostly over. He proved they perfected both a fission and fusion nuclear bomb (the hydrogen bomb). So, for American promising his security, he will stop what is already too expensive for him to continue, testing more nuclear weapons that he knows he is capable of building.

What is worse is that Trump even gave Jung Un additional gifts he did not ask for at all. According to CNN,

While the US President qualified that a troop withdrawal was “not part of the equation right now,” he made it clear that it could be, in the future. And to the apparent surprise of South Korea, Trump promised to halt what he called “the war games” — joint military exercises with South Korea — that North Korea has long regarded as a provocation. They were expensive, inappropriate — and “provocative,” he said.

To Korea-watchers, the commitment to suspend these regular training drills would raise questions about the continued presence of US forces in the region. “If we have a force of 28,500 military personnel that does not conduct training, then we may as well bring them home and this is what I fear from President Trump’s comments that war games cost a lot of money and South Korea does not pay sufficient funds,” said David Maxwell, a retired US Army Special Forces colonel and a fellow at the Institute of Korean American Studies. “A force that does not train is of no value to deterrence and no value to war fighting and does a disservice to those military personnel and our national security.”

Many balked that Donald Trump did not bring up human rights. I will be honest, that was the least of my concerns since America has its own human rights problem for the violence the state inflicts on people of color. As such, our country is in no position to castigate any country on human rights.

Donald Trump threw away a nuclear agreement with Iran that had concrete steps. His singular international agreement was one that had no fixed targets or milestones.

Now along with the mainstream media, Trump distracted Americans entirely away from issues that matter to their health and their personal economies to something that was nothing but a charade.

So then, Donald Trump may be right when he said that he does not believe the losses for Republicans in November will be all that bad for the Republican Party. Trump recruited the mainstream media from the inception of his campaign to the present and it’s paying off dearly.

Unfortunately, the Democratic Party Establishment decided to be complicit in the con man’s plan. They have not changed the narrative either on their own or forced the mainstream media to cover things that matter to Americans.