The heart-rending images of migrant families being separated at the border generated a political maelstrom for Republicans that resulted in the capitulation of President Trump on June 20th. Trump signed an executive order that he said, would keep migrant families together at the border. At the time of writing, 2000 migrant children continue to be in detention centers, separated from their families, as the Republican-dominated Congress struggles to consider an immigration reform bill. (The House voted the latest measure down; the Senate is considering an alternative.) In his statements, the President characterized his predicament as a dilemma between values such as “compassion” vs. “toughness,” vowing to continue to uphold his zero-tolerance policy even while signaling his acquiescence to family reunification.

Multiple protest organizers, commentators, politicians, and church leaders have approached the issue of migrant family separation as a reflection of American values. New York Times columnist, David Brooks, for instance, cited it as a policy example of an administration that “takes out” values such as affection, mercy, charity, compassion, and empathy.” As Brooks says, this is “not who we are.” (PBS Newshour, 06/15). Trump supporters, however, such as former White House chief strategist Steve Bannon, insisted that family separation is “the law” and the President is merely “enforcing it,” laying the blame repeatedly on Democrats for a failed immigration system. 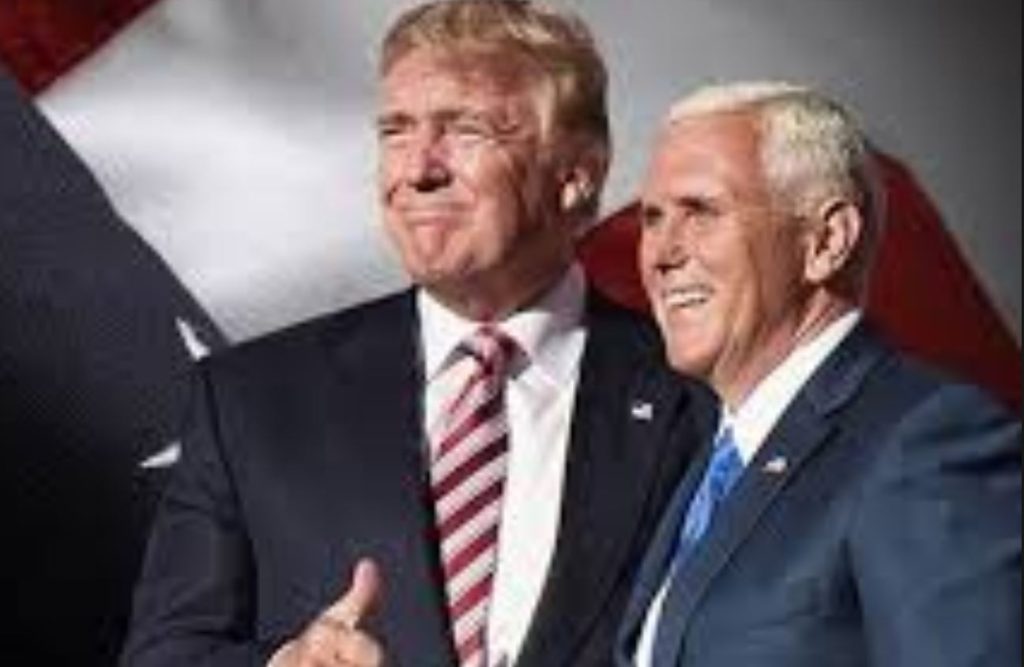 Despite the continued insistence of Trump and his base that family separation is first and foremost a “law and order” issue, the majority of the American people are far more likely to see the issue in familial terms. The President’s executive order is an acknowledgment of that reality. The irony is that Trump and Republicans in Congress have only themselves to thank for the political straightjacket they now find themselves in – one that exemplifies long-standing inconsistencies between morality and hard materiality in the inherited Republican family values agenda.

It just so happens that I have been studying the Republican deployment since the late 1970s of the family as the human touchstone for American greatness and moral values. It’s the subject of my new book, Polarized Families, Polarized Parties: Contesting Values and Economics in American Politics. What the record shows is that this phenomenon is quite in contrast with earlier attempts to mobilize around family economics in previous periods.

In its 1976 Platform, the Republican Party asserted, “families—not government programs —are the best way to make sure . . . our cultural and spiritual heritages are perpetuated, our laws are observed and our values are preserved.”Since then Republicans have roundly heralded families, not laws or programs, as the foremost, living and breathing, an illustration of enduring American values and success. Despite Trump’s own unconventional family life, the 2016 Republican Platform once again committed to a traditional (married) family values agenda, asserting that family “is the foundation of civil society… its daily lessons — cooperation, patience, mutual respect, responsibility, self-reliance — are fundamental to the order and progress of our Republic…. That is why Republicans formulate public policy, from taxation to education, from healthcare to welfare, with attention to the needs and strengths of the family.”

From 1968 to 2016 both parties tripled the percentage of their platforms dedicated to family-specific pledges and legislators in Congress increased their sponsorship of family values bills tenfold, from a mere 4 percent of all family-related bills in the immediate decade following World War II to almost 40 percent in the last decade of the twentieth century.

Led by Republicans, “family values” became the central frame through which the parties’ increased their attention to family and in many cases organized their policy agendas. From invoking family values merely 15 or so times in their 1968 platform, Republican platforms from 1992 to 2016 on average mentioned family values roughly 90 times (Democratic platforms for the same period invoked family values about half as many times). Similarly, whereas 84 percent of family bills from 1989 to 2004 sponsored by Democratic members of Congress stressed the more typical economic aspects of family life, such as costs of housing, schooling, and food, 65 percent of Republican-sponsored family bills emphasized traditional family private values, such as self-sufficiency, family integrity, and stability, in a variety of policies including taxation, welfare, education, immigration, marriage and abortion.

Since the election of Ronald Reagan in 1980, Republicans were able to achieve vast policy and electoral success among antithetical groups by pursuing their family values agenda and closely tying family to conservative economic and moral values. Republicans in Congress successfully pursued key elements of a neoliberal economic agenda – dismantling welfare and poverty programs for poor families and scaling back redistributionist programs such as estate and other taxes on wealthy families – all while accommodating social traditionalism by opposing programmatic assistance and protections for unconventional families, such as those of LGBT parents and never married-mothers. In their campaign to protect “family values” some families – their integrity, stability, and self-determination— have thus clearly mattered more than others, some deserving the utmost protection and respect even as others were more actively regulated and coerced.

The Trump administration’s attempt to have us temper images of families forcibly separated at the border and, instead, to coldly consider them lawbreakers and criminals, is yet another illustration of the malleability and inevitable double-standard in the family values ideology that has infused the Republican Party ideology since the late twentieth century. Yet this strategy may now be turning against the party.

Especially since the 2000s Democrats have steadily embraced family values as a political frame, this time bringing economic-focused family values – such as economic equity, inclusiveness and diversity – to oppose conservative policies and advocate for more liberal ones, such as equal wages for women, raising the minimum wage, and even same-sex marriage equality. If Trump’s executive order and Republican factional battles are any indications, it appears that Democrats may now have the upper hand in the battle over defining family and its values and their place in American public policy.

In any case much to the undoubted chagrin of our current President, the firestorm over family separation within the immigration debate demonstrates the continued powerful place of family in American politics and more crucially, in our collective consciousness of right and wrong – who we are and who we aspire to be as a people.

History News Network's mission is to help put current events into historical perspective. Given how public opinion is shaped today, whipsawed emotionally on talk shows this way and that in response to the egos of the guests, the desire for ratings by the hosts and the search for profits by media companies and sponsors, historians are especially needed now. They can help remind us of the superficiality of what-happens-today-is-all-that-counts journalism.