I am a Democrat. Like I give my family a hard time when one is not living up to their promises, so is the case with my critiques of the Democratic Party. Today I saw a party, more so than before, where the rank & file challenged the status quo.

Many of the more Progressive Democrats for some time have been complaining about a party where the top, the Democratic Party Establishment, does what it wants and then placates the rank & file, many times with heavy-handed passive-aggressive techniques. That would not be the case today.

R.I.P. Diane Mosier, a Stalwart in the Democratic Party 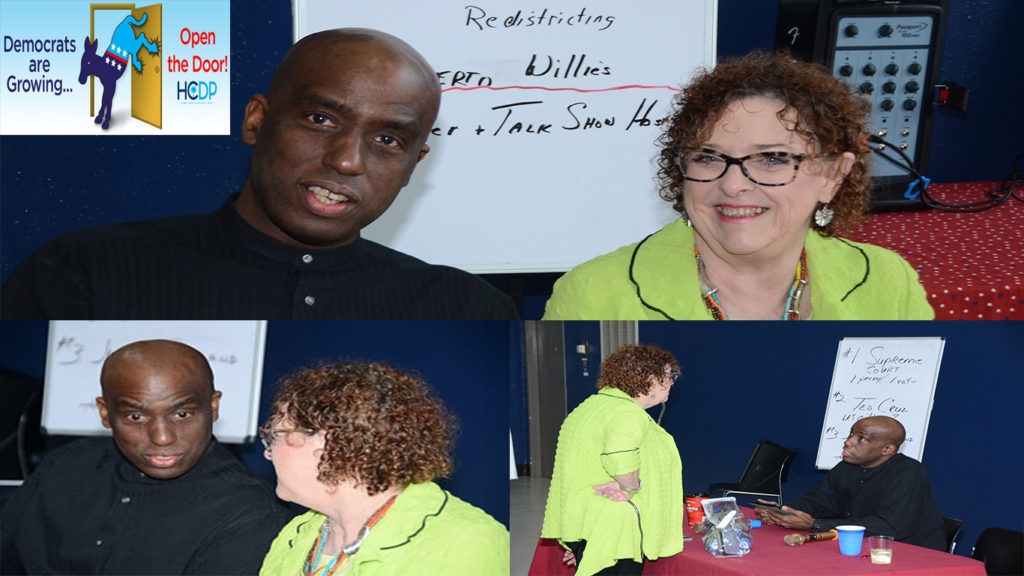 But before I get into what I considered a fairly combative but ultimately all-around-successful and inspiring Harris County Democratic Party County Executive Committee Meeting, it is essential that I provide my most sincere condolences to the family of Diane Mosier. This one hit me like a boulder today. Diane Mosier was instrumental in the Harris County Democratic Party and beyond. She made the party work for everyone. She focused on women and older folk but that did not detract from her passion as a Democrat. Even as we differed in the candidate in 2016, after the primary I so wished Hillary Clinton had won for obvious reasons but also for all the hard working women (and men) who are yearning for the culmination, a woman holding deservedly the highest office in the world.

I worked with Diane Mosier on so many issues and can’t help but remember and thank her for me learning through osmosis how to work with a particular sect within our party as we worked on the “War on Women” march and rallies throughout the state. Diane pulled me aside a couple of weeks ago at the “Annie’s List” brunch at the Houston Convention Center to discuss a new project with Politics Done Right to feature women in our county, Suffice it to say that will happen. She told me this time the county is ours. And I believe that. It was always great working with Diane because she made it clear we all had a purpose. And she never gave up. Even after we were unsuccessful with Wendy Davis, it was full steam ahead. We’ve got to get every single one of the many women elected in Harris County and throughout the state and country. Let’s make it “Mission Accomplished.” Hell, we will get every Democrat elected in Harris County.

Rest In Peace Diane. It will be legacy fulfilled. 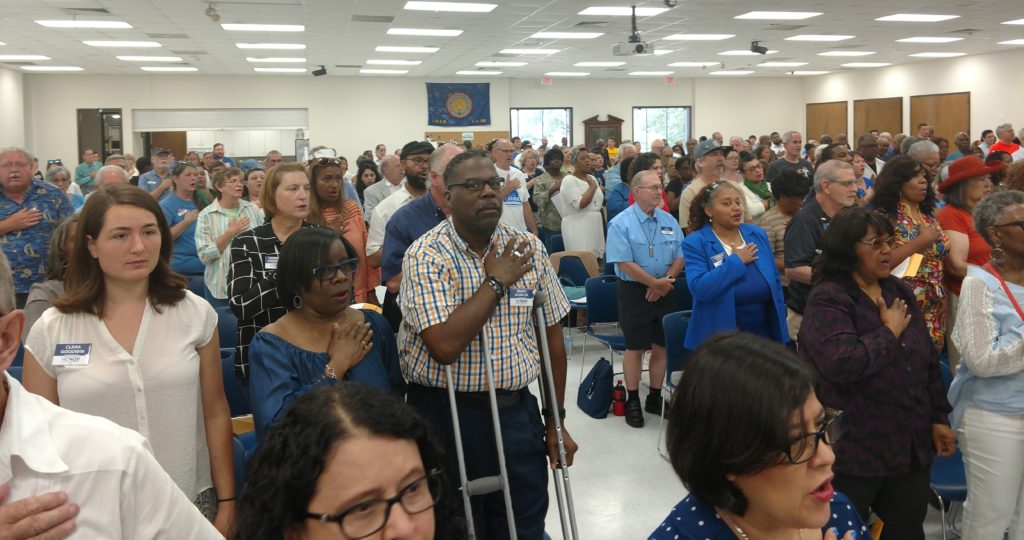 I have never seen the Harris County Democratic Party County Executive Committee meeting this well attended. The Party swore in new and re-elected Precinct Chairs. But what’s great is the number of precincts getting chairs. The influx of new blood means a flow of new ideas many from the more Progressive Wing of the party. This coalition will win the entire county if they work together to support policies and candidates that materially affect the Democratic, Independent, and independent thinking Republican constituencies.

During several instances in the meeting today as some tried to ram things through to the liking of the Establishment and the disregard of the rank & file, a few millennials, Progressives, and others balked and forced the slowing of the process including putting a critical issue to a room vote. Just before lunch an eighty-plus-year-old woman walked to the mic and scolded one of the male leaders assisting the Democratic Chair in conducting the meeting for attempting to treat many in the audience like children or with disregard. The fact is that the minor attempt at bullying by a couple of men was unsuccessful and for the most part ignored. The reality is that the Democratic Party Establishment is skating on thin ice even as the rank and file are busting their chops to win 2018. Adapting or relegation to obsolescence are the only choices going forward.

At issue was a vote for the Harris County Democratic Party to endorse the “$2.5 Billion Flood Bond Proposal” from the Harris County Commissioners Court. As explained there is a 3 to 1 matching dollars from the Federal Government on some of the monies. But the Federal Government has a bias in favor of the wealthy. Monies must be prioritized on a cost per property value basis. Supposedly the Bond Proposal has an extra billion dollars to mitigate low property value areas.

We all want something done. However, a resolution from the Democratic Party should include protective language for the least of our constituents. I can foresee the gates on the Lake Houston Dam and the dredging on the San Jacinto River going over budget and then commissioners forgetting that there are a billion dollars allocated for our low property value areas. The resolution should have included language that said the support is contingent on those areas fully funded. Likewise, we must stop coddling wealthy property owners on the Lake Conroe who continue to balk at lowering water levels and stop building more and more in floodplains.

Our voters are not stupid. They know that a lot of money gets collected but they usually see little of it. Why should the Democratic Party make themselves potentially complicit in a sham. The 1.4% increase in taxes will affect the vast majority of Harris County property owners. We must not continue looking out for those with the most as we give a pittance to those who have the least.

I spoke to a few new Progressive precinct chairs today. After one complained, I reminded him of a motto I think we should all consider the following.

“Hang in there. It is not a quick process, but the spoils go to those who have patience and never allow the headwinds to win.”

I had a great time hanging out with my Kingwood Area Democrats family. I have not been attending meetings lately because of workload, but I know they all know I love ’em. I do pay my dues like all of us should whether we attend meetings frequently or not. Kingwood has a tremendous Democratic club/group even as we live in hostile territory.

The Kingwood Area Democrats have a legacy of stepping in and stepping up and being wherever we are needed even as sometimes we feel that the party treats our area as mistreated stepchildren. Kudos to Charlotte Reinemeyer for her double if not triple duty as President of the Kingwood Area Democrats and Senate District 4 Chair, and more. And congratulations to Philip McNutt, our new Senate District 4 chair.

We’ve got to use the Harris county prowess to be the catalyst for the other big ones, Travis, Bexar, Dallas, Tarrant, and the border counties. If we stop sweating the petty and the grudges and we live up to our platform, no one can beat us because we represent what at least 90% of Americans want in the aggregate.