As more and more Americans lose confidence in the President and by inference the Republicans that continue to support him, the likelihood of not only the House but the Senate is winnable. The path is narrow, but it will get much broader if the Blue Wave develops as the likelihood seem to be increasing as the November 6, 2018 election approaches.

The 2018 Generic Congressional Vote stands at a +7.8% in favor of Democrats in the House of Representatives. That means many more Americans want Democrats in Congress. Unfortunately, Republicans redistricted, gerrymandered their states since they controlled most governorships and legislatures after the 2010 census. This means Democrats must overperform to gain seats in Congress. According to FiveThirtyEight.com at the current state of polling, Democrats have a 78.2 chance of winning the House of Representatives.

Democrats have a 7 in 9 chance of winning the House 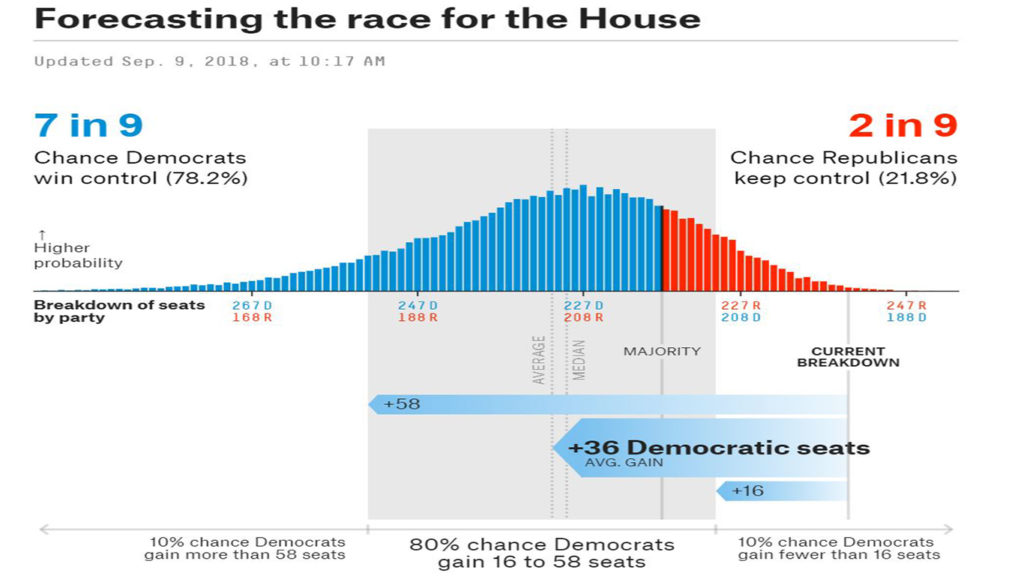 One of the things Progressives must do is not campaign solely among those in their base. They can mitigate gerrymandering by activating both non-voters not counted during the gerrymandering of the district as well as winning over voters with policies specific to their personal economies. I received an email blast from Adrienne Bell, the Texas Democratic Candidate for U.S. District 14 in Texas that points out a Progressive politician doing just that.

We were in Texas City on Saturday, knocking on doors, and telling voters about the upcoming election. We want voters to know the issues that this people-powered movement is committed to fighting for, issues such as Medicare for All, quality early childhood education, criminal justice reform, increased support for our veterans, defending cuts to Social Security and Medicaid. Issues that affect the daily lives of Americans.

Ms. Bell knocked on the door of a voter who told her she was not a Democrat, and added that she hated Trump. She further said, “you’ve got my vote”. She put a sign in her yard, to show her support of our campaign to flip Texas 14. 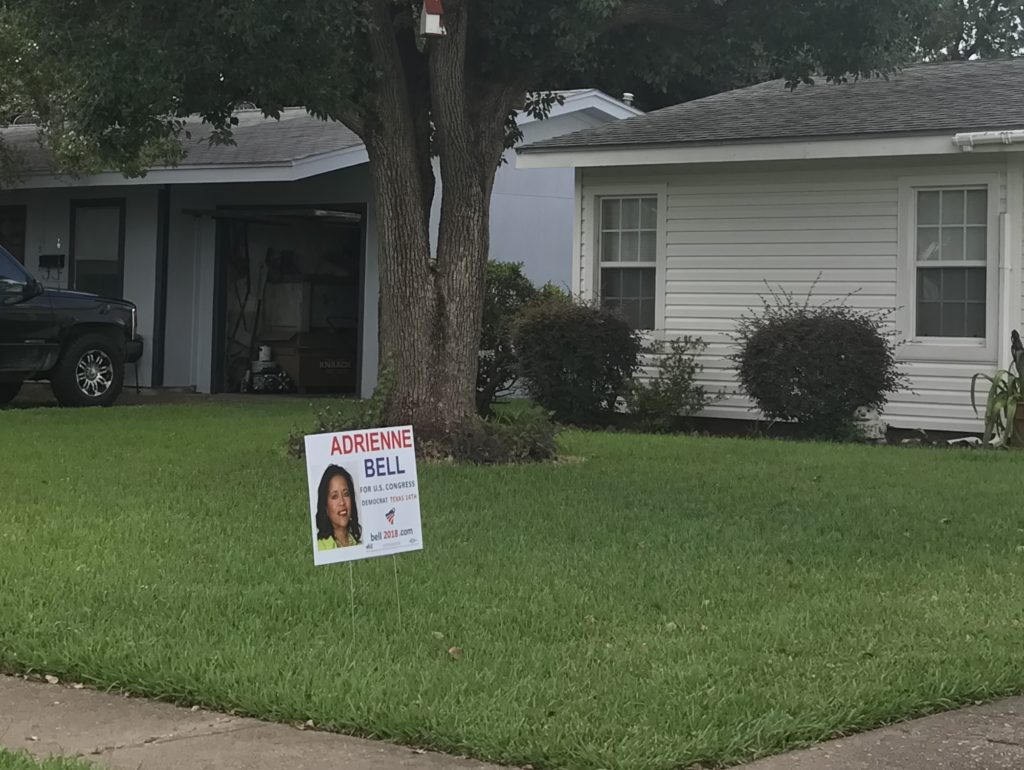 We believe there are more common sense voters in our district, who are fed up with the hateful rhetoric coming from this administration. Would you help us reach them? We are preparing mailers to be sent to voters in our area. The voices of Americans are being raised across this country. We are making history this November, thank you for being part of this movement.

What Ms. Bell is doing is how waves are built on the micro-district level. More must follow her template. It gives a better opportunity to make the wave a tsunami.

And then there is this for the Senate. There is, in fact, a path, however narrow to get there as reported by CNN.

There are two months until the midterm elections in November and Democrats still have a narrow path to the Senate majority despite a map that favors Republicans and includes 10 Democratic incumbents running in states President Donald Trump won, five of them by double-digit margins. …

The Blue Wall of Great Lakes states that Trump toppled in November 2016 so far looks to be holding for Democrats in 2018. Sens. Bob Casey (Pennsylvania), Sherrod Brown (Ohio), Debbie Stabenow (Michigan) and Tammy Baldwin (Wisconsin) are all favorites for re-election. Of that group, Baldwin appears to have the toughest race, facing a challenge from conservative state Sen. Leah Vukmir.

To be sure, the deep red states where Democratic incumbents are hoping to hang on may play to type and keep the majority out of reach for the party. But if a blue wave crests higher than expected, it could lift Democrats in states that would be all but lost in a more neutral environment.

Progressives have a chance to get the Senate, the House, and many state Senates and Houses if they remember to listen to and speak to their constituents. And remember that many who otherwise would not vote, will if Progressives and Democrats continue to push the message that speaks to their wants and needs.