I will go on a limb for this one. Brett Kavanaugh cannot survive Dr. Christine Blasey Ford’s testimony. She came across strong, credible, and secured in her memories of the Supreme Court nominee’s sexual assault, his rape attempt.

Dr. Christine Blasey Ford said she is 100% sure that it was Brett Kavanaugh who was drunk and attempted to rape her several years ago. 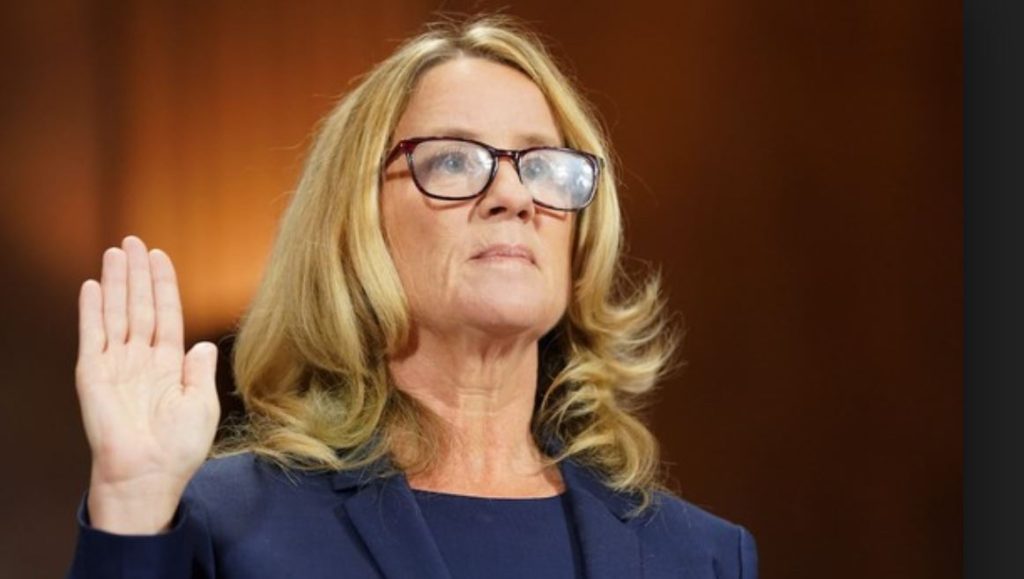 Dr. Ford gave a graphic recollection of Brett Kavanaugh sexual assault on her. She said what she remembered most about the attack is the laughter between Brett Kavanaugh and Mark Judge, another friend.

After two weeks of new revelations and Republican smears and attempted ambushes, here we go with the Senate Judiciary Committee hearing into sexual assault allegations against Brett Kavanaugh, Donald Trump’s Supreme Court pick. Christine Blasey Ford will appear before the committee before Kavanaugh, but first up, opening statements by Sens. Chuck Grassley and Dianne Feinstein, the chair and ranking member of the committee, respectively.

Grassley gavels in. He and Feinstein will make statements for as long as they want, then Ford will make her statement. Then five minutes of questioning from each senator (the “female assistant” asking questions for Republicans), alternating R and D. Breaks every 45 minutes.

Grassley giving Kavanaugh’s resume. Says FBI investigated his background six times, never found any issue at all. He’s wonderful. (The FBI didn’t ask any women about him, now did they?) Now we get the damned Dems with this secret letter (paraphrasing).

Grassley coming out of the gates with extreme partisanship. Just oozing cranky-old-Republican-man “how dare she.”

Grassley lies. Says FBI considers case closed. The FBI has said they would reopen if asked by the White House. Also, too, he’s basically calling Ford a liar before she has the opportunity to say a word.