Republicans and other neoliberals love to preach that America has the best health care in the world. The reality is America is generally last when paired against every single industrialized country in the world. We continue to accept the lie because of a derelict media. This transplant story included in this post should infuriate us all.

The following graph is telling. The U.S. is dead last in overall health care in the major industrialized countries. And it is not by a little but by a lot. You can read the full report by The Commonwealth Fund titled "Mirror, Mirror 2017: International Comparison Reflects Flaws and Opportunities for Better U.S. Health Care." 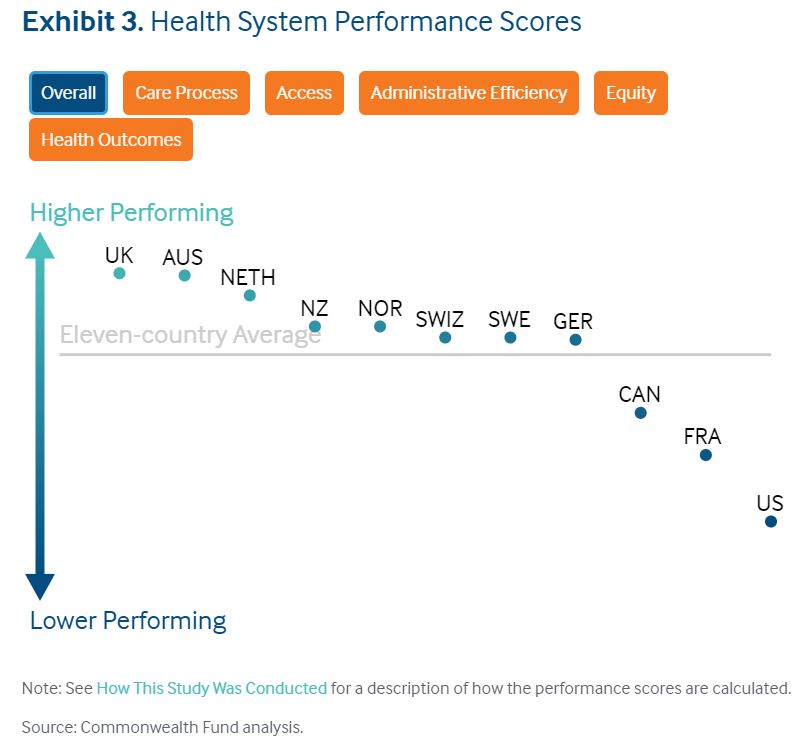 Why does American healthcare policy depend on sick patients having the extra stress of fundraising for the care that will keep them alive? Because we have an evil and immoral system, likely the worst in the world. It is based on profit extracting all that the "mythical market" will bear.

It is shameful that there are still wards of the plutocracy, the bought off politicians, fighting to stop Single-Payer Medicare for All which is the health care payment system most Americans want. Maybe more stories like the following will wake up the masses to fight for what they really want.

A Facebook post from a Grand Rapids-area woman that went viral over the weekend is highlighting the dysfunction and cruelty in America's health care system.

Hedda Martin, 60, needs a heart transplant or she will die. Spectrum Health's Heart & Lung Specialized Care Clinics denied her request for a transplant because she doesn't have $10,000 in her savings account. Martin needs that to cover the deductible and the $700 per month cost of medication that will allow her body to accept the new heart. 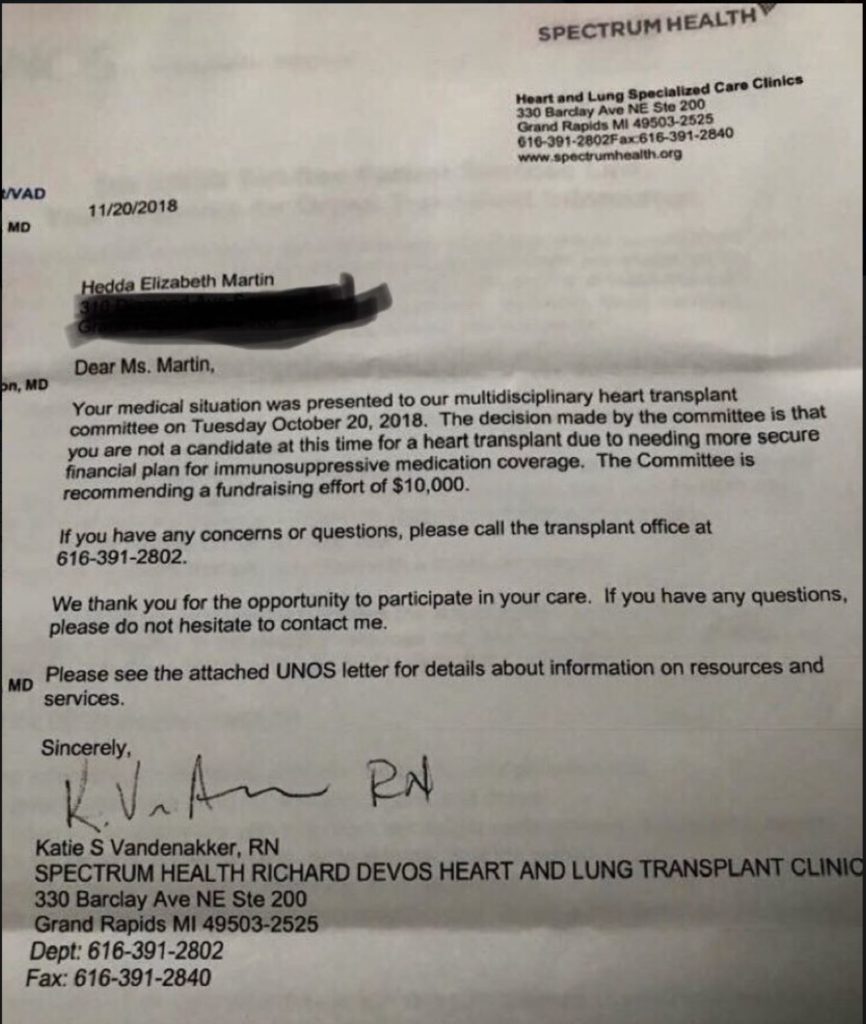 Per a GoFundMe page set up by her son, Martin is disabled and hasn't been able to work since 2017. She faces life-threatening congestive heart failure, which resulted from 2005 chemotherapy for breast cancer.

In its denial letter, the hospital stated that it's "recommending a fundraising effort of $10,000." Unsurprisingly, that suggestion isn't sitting well with decent and moral people. Proponents of Medicare For All are pointing out the cruel absurdity in the world's richest country telling a sick, old woman to beg for money to cover medication that she needs to live.

Alexandria Cortez took on the issue with the following tweet.

Insurance groups are recommending GoFundMe as official policy - where customers can die if they can’t raise the goal in time - but sure, single payer healthcare is unreasonable.

Sometimes the answer is simple. The complications exist to create a structure in which a few companies can rip off the American people.