I am starting to see the necessary turn. For too long we have been programmed to believe there was something special about the industrialists, the now billionaires or semblance of billionaires.

There was something special about them. Morality and ethics were not that which was special about them, however. After all, their billions are the excess labor and intellect of those who work for them, legally stolen capital.

I know many will talk about their philanthropy. We must look at those as coercive facades to attenuate calls for system change by endearing to selective groups segmented to maintain a system few can ultimately succeed in at their deserved level.

One hopes we can pull the veil wide open before it is too late. The battle is on. As I said to a young man sitting here with me at Starbucks — one knows how effective the coercion is in that while it is occurring, most are unaware.

Trump’s non-billionaire status may be unmasked but will the coercion of the rest? One hopes so. 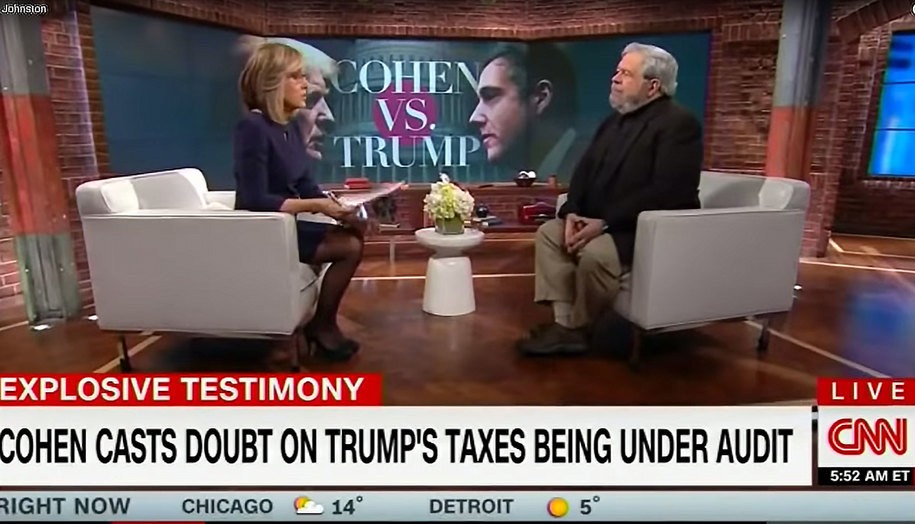 Donald Trump has surrounded himself with a revolving-door cast of billionaires. One of the silver linings of this disastrous administration is that it has exposed the billionaire class for what it is: just selfish and relatively unimpressive men (and a couple of women) mostly interested in making money for themselves, with virtually no meaningful ethical code. David Cay Johnston is a Trump biographer who has spent a considerable amount of time over the past few decades poking holes in the financial dealings and claims the Donald has made over the years. Michael Cohen’s testimony in front of Congress on Wednesday reminded Americans that Mr. Trump is very likely some kind of financial criminal. Calls for his tax returns to be investigated and released have picked up new steam. CNN’s Alisyn Camerota interviewed Johnston Friday morning to talk about Cohen’s testimony and how it supported many of Johnston’s assertions about Trump over the years.

Johnston: [I’ve known this] for years, since I revealed in 1990 that he wasn’t a billionaire and Donald called me a liar, until he had to put in the record documents showing he had a negative net worth of almost $300 million.

Camerota: When his taxes are revealed, which it suggests it will be soon, what will we see in there?

Johnston: Well, one of the things we’re going to see is that his adjusted gross income, that’s the last figure on the front page of your tax return, in some recent years was less than $500,000. We know that because he got something in New York called the STAR property tax crediton his principle home, which is in Trump Tower. You only get that if your adjusted gross income is less than $500,000. People are going to be very shocked about his finances, and what they’re going to see is that he has the lifestyle of a billionaire but he doesn’t have any kind of wealth.