Trump does not care. He claimed a bone spur to get out of serving in our military. But he had to have a vanity July 4th celebration purported to honor the troops, read prop up a weak inwardly self-doubting fragile man.

There are veterans and Americans in an economic emergency living on the streets. There are Americans away from the eyes of a lazy sensationalized media who are hungry. There are refugees at our border living in well-funded concentration camps where kids can't get a toothbrush and much more that human dignity requires. 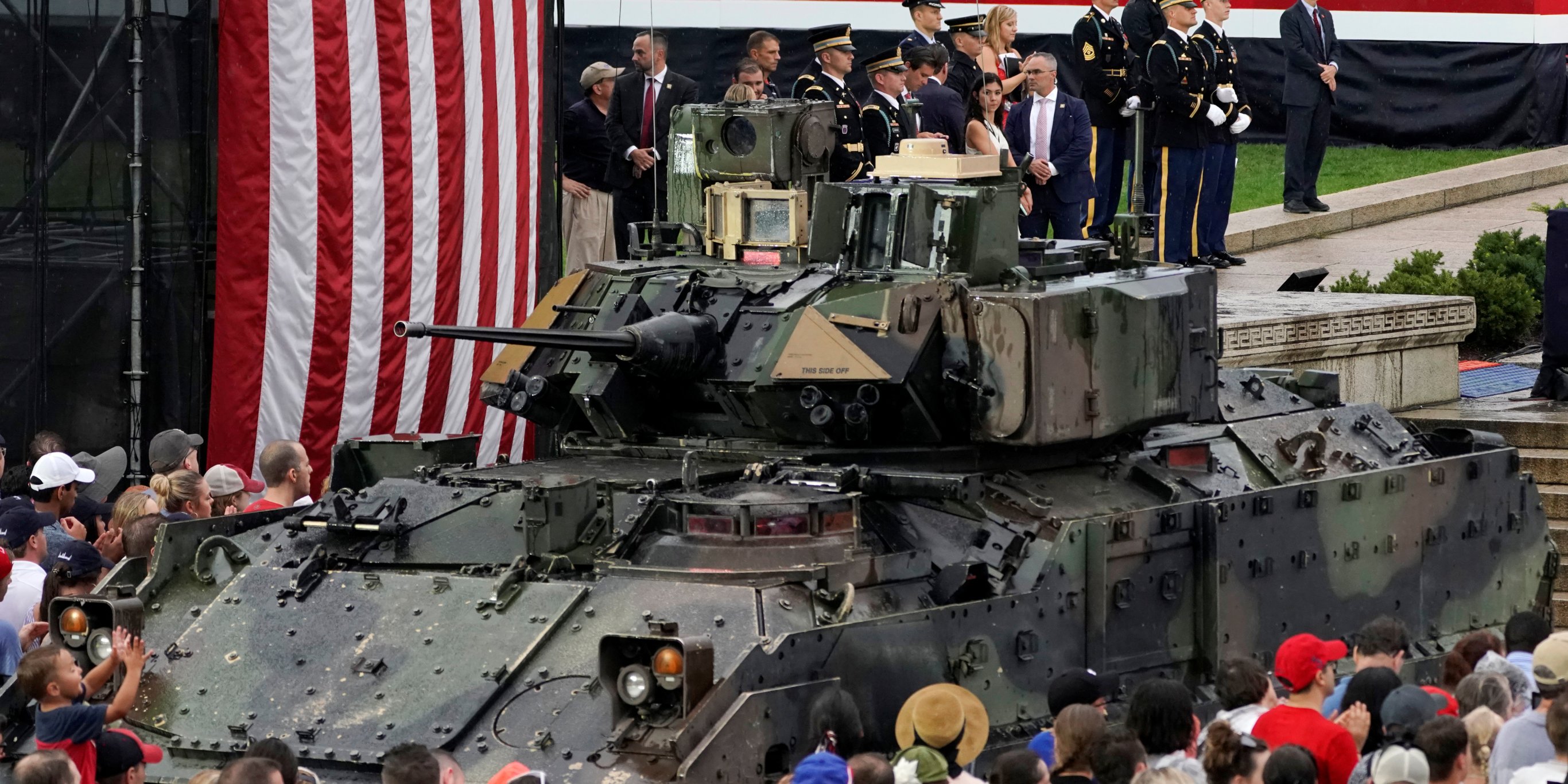 "The greatest parade of all times is going to be held today in Washington, that is what our Donald Trump has said. The American president announced he would show us the newest tanks," Popov said. Popov told the audience that, "these are Abrams and Sherman tanks, used during World War II and withdrawn from service in 1957." Trump had previously said both these retired tanks would be in the parade, but more modern equipment, Bradley fighting vehicles and M1A2 tanks, were actually featured in the spectacle.

Skabeyeva told the audience, "The paint on these vehicles is peeling off. There are no cannons, and their optics have been glued on with adhesive tape." Skabayeva also tweeted footage of a military vehicle being transported by truck in Washington, with the caption, "Putin's America." According to Julia Davis, a writer who studies Russian disinformation tactics, Russian state news also criticized Trump's display as being "low energy" and "weak," with "rusty tanks." "The hosts LOL at Trump's claim about ' revolutionary war airports' & other historical flubs. 'There's your city upon a hill, there's your world leader—and Martians have been defeated,'" Davis tweeted.

Check out the abbreviated Politics Done Right show on this issue.