Here is another one for my Trump Effect series. Before you tell me this happened pre-Trump, I agree. I am calling it all out going forward because it has taken on a bald-faced manner facilitated by our racist-in-chief.

A relative of my wife saw a photo I placed on Facebook showing that I used a gun case to transport the pipes for a banner stand along with promotional material to Netroots Nation 2019. She wrote, "  Be careful with that gun case. Wouldn't want Dirty Cops to mistake it for an assault weapon, and commence to shooting at you for no reason... ? IJS "

I replied as follows. "

You are so right. It is shameful that as a black person I have to keep that in my mind in addition to all the other stuff. Thanks for bringing that up in a public forum because there are still some who believe in the back of their minds that there is one America in which the police is always one's ally. I should put the following sticker on.

"Even though this is a country that claims to revere the 2nd Amendment, it does not apply to all. To be clear, this gun case has no gun in it. It has a banner stand and promotional material"

Then, of course, I ran across this story. A black engineer just waiting at building for his handicap friend is automatically a suspect for just being there. This is a sad constancy that unless ALL Americans are made cognizant of and intentionally trained to extricate the fallacies of who are criminals from their manipulated and indoctrinated minds. 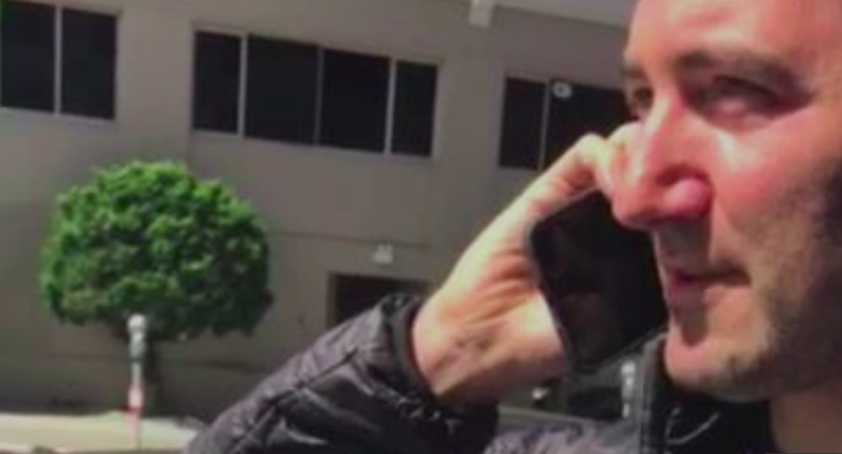 The misuse of the emergency call system continued over the holiday weekend when a YouTube employee called the police on a black man he believed was trespassing.Wesly Michel, a software engineer for Dictonary.com, filmed and posted the incident on Facebook on Thursday (July 4). Michel was reportedly waiting for his disabled friend near her building when Christopher Cukor called the police. Cukor claimed Michel tried to walk into the building, refused to share information about who he was and who he was visiting. As Cukor son begs him to leave Michel alone, he continues to accuse Michel of trespassing.

Folks, the change has to be intentional. We have the masters attempting to keep these false beliefs and values glued to your minds not to control the aggrieved but to control you and have you accept whatever they are willing to offer you.