Former vice president Joe Biden ran for president twice and failed both times. None of the women running now has run before. Biden has a track record of failure. They have none. It is funny that it is their electability that the powers that be are questioning? Does that not seem a bit backward?

I watched a Chris Rock stand up one time where he said something that knocked me. Paraphrasing, he said that we would have overcome prejudice when one can fail, and it does not virtually ban the specific person or a person of that classification from getting a second chance.

Daily Kos staff writer Kerry Eleveld hit the nail on the head with the following article excepted below.

Biden ran for president twice, lost twice, and yet the women are being asked if they’re electable 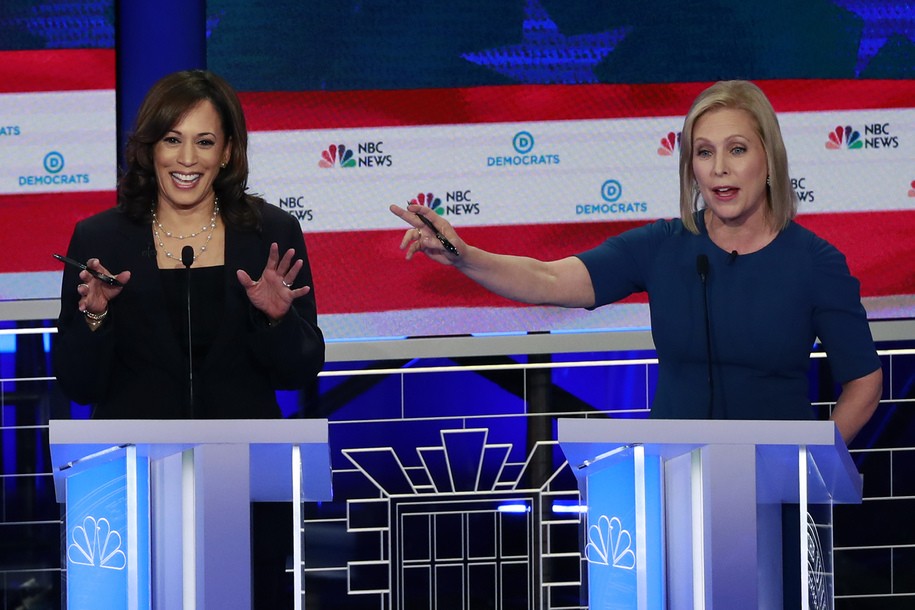 As I wrote recently, all the data points suggest that white men don’t do any better at the ballot box than women or people of color—they just run at higher rates. In fact, an NBC analysis of the 2018 midterms,  showed that non-incumbent female candidates widely outperformed non-incumbent male candidates, with Democratic women winning their primaries at twice the rate of their male counterparts. In addition, recent research shows that women of color, white women, and men of color get elected at basically the same rates as white men. As Reflective Democracy wrote last month in their report, The Electability Myth:

There’s no mistaking that white men dominate politics. At 30% of the population, they hold 62% of elected offices at the local, state, and federal level – more than double their share. But while white men may still have a monopoly hold on elected office, they do not hold a monopoly on electability. In 2015, our research found that when they’re on the ballot, women of all races and men of color win elections at the same rates as white men. Running the data on the 2018 elections confirms it: white men’s electability advantage is a myth.

Yet electability concerns dog Harris and Warren while Biden continues to benefit from being viewed as the most electable candidate—45% of Democratic leaning voters said that in a recent ABC/Washington Post poll, with Harris and Warren sitting at 9% and 7%, respectively. But Biden has an actual biographical reason to question his mettle after running for president twice, in 1988 and 2008. Biden’s first bid is best known for his withdrawal following a plagiarism scandal in which he admitted to quoting the speech of a British politician almost verbatim and without attribution. Biden’s second bid was marked by a series of gaffes, including one in early 2007 in which he hailed Barack Obama for being “the first mainstream African-American who is articulate and bright and clean and a nice-looking guy.” He dropped out in January 2008 just after finishing a distant fifth in the Iowa caucuses.

Biden’s bid to date has bore some of the same hallmarks that haunted him last time—he has stumbled twice over issues involving women and race, demonstrating an inability to adeptly handle either issue without making it worse. On the debate stage, Biden easily had more experience in a front a national audience than almost anyone, save Bernie, and yet he got repeatedly bested by a first-term senator making her debut in front of a national debate audience.

And yet people are hung up on the electability of Harris, who hands-down owned the debate stage, and Warren, who 31% of Democratic leaners say has the best policy ideas (Sanders is the closest second at 18%, with Biden at 11%).

So if you think people are being unfair to Biden when they note that he’s out of step with the demographics of the Democratic party or that he has a dismal track record of running for president, think about the female candidates who are campaigning harder, doing more interviews, turning in better debate performances, and pushing out more new policy ideas than the current front runner. Isn’t questioning their electability based on a singular data point in an election that was marred by rampant foreign interference and an unprecedented FBI intervention just a little unfair? After all, a lot more men have lost their bids to be president than have women.

Source: Biden ran for president twice, lost twice, and yet the women are being asked if they’re electable

We better come to a hard to accept reality sooner than later. Biden is not electable. One wonders if the Establishment is that inept or they simply want a Trump continuation for the pilfer that will benefit the political class that currently owns the government.