Donny Deutsch, a regular on Morning Joe panelist came up with a great marketing strategy for Democrats. The panel had nervous laughter when Donny was done with the presentation.

Deutsch is suggesting that Democrats tag every Republican with the “ASSAULT” moniker. As the party that is a protector of the ability to have assault weapons while not protecting healthcare and other life-saving social efforts, it is a pejorative that fits the bill.

Unlike Republicans making the word “LIBERAL” a pejorative that does not live up to the hype, “ASSAULT” does because one lives and sees the effects of their assaults in blood, flesh, tears, and pain.

Donny Deutsch suggests a campaign built with the following bullet points. It is simple, easily understood, and does not require a lot of processing. People can see every point in their own lives or the lives of their families and friends. 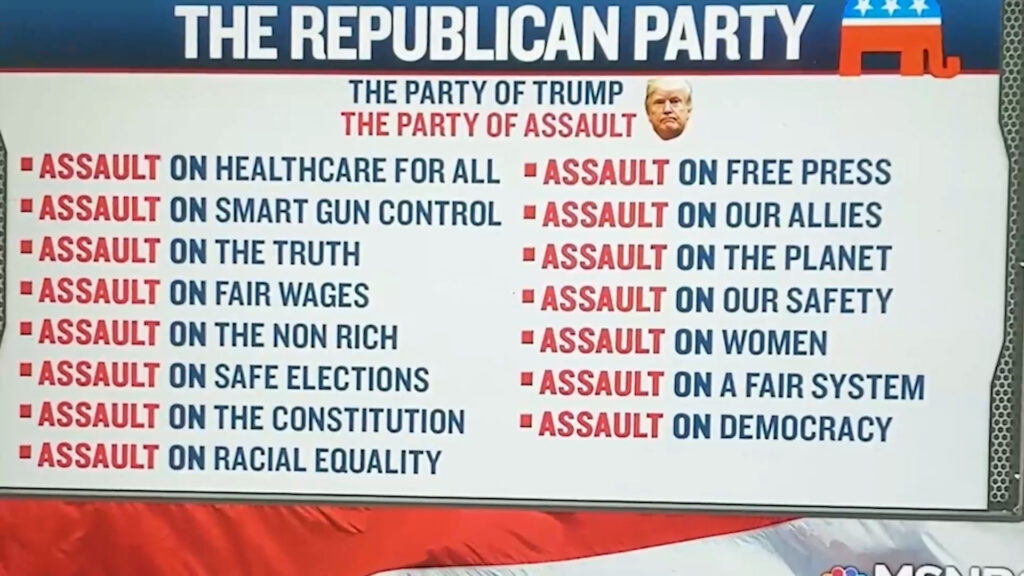 Donny Deutsch the broken clock is correct this time

Donny also has the bullet points that define the Democrats. When making the arguments in real-time, I think the points defining the Republicans implicitly defines the Democrats as saving citizens from the evil. As such, we should start the narrative with Republicans being the predator.

The Democratic Party – The Party of Protection 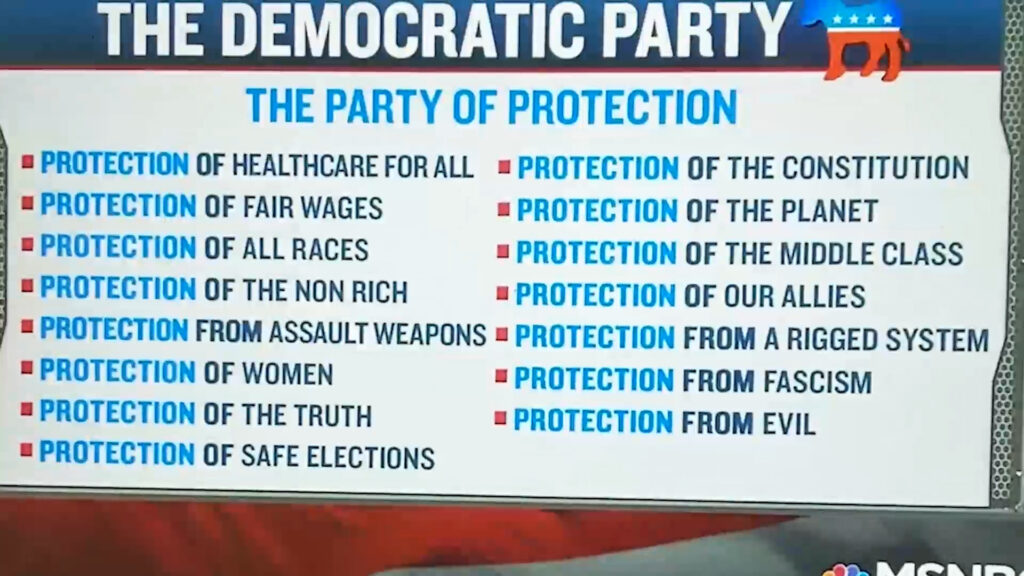 While I am with Donny Deutsch on this one, we must remember that he is the same person who said he would vote for Donald Trump if Democrats elected the likes of Bernie Sanders and Elizabeth Warren. It is ironic that when he is marketing the Democratic Party as he is above, he is basically using all the bullet points in what one could call the Progressive Manifesto. Evidently, he must be clear that in the long run, the mythical center cannot hold nor does it sell.

A defective clock, one that is not functioning at all has the correct time twice daily. In this case, Donny Deutsch used up one of his correct times on the stopped clock.