It is clear that Donald Trump is operating the presidency like a mafia boss. And it seems to be working. Note, however, that members of the administration have been making it clear they are just following the President's commands.

Mike Pence is flying daily, over 100 miles, to his meetings in Ireland because the Presidents "suggested" that he stay on one of his properties. The vice-president's chief of staff did not defend the president when asked about the genesis of the decision to stay at the president's resort.

Marc Short, Pence chief of staff, told reporters that it was Trump who suggested the vice president stay at his property The Hill is now reporting that the administration is now backing away from what seems more likely to be the truth.

"Because of some misreporting, we want to clarify that the decision to stay at Trump National in Doonbeg, Ireland was solely a decision by the Office of the Vice President and was based on the requirement to find accommodations near the Vice President’s ancestral hometown that could satisfy official meetings on both coasts of the Emerald Isle," the office said in a statement.
"At no time did the President direct our office to stay at his Doonbeg resort and any reporting to the contrary is false," the vice president's office said.

This is similar to Barr spending $30,000+ the President's hotel for a private party. Barr should know better. He is the chief law enforcer of our country.

Share this with your Trump friends. Remind them that our mafia boss President promised to drain the swamp. It is clear he is converting the swamp to a swamp-sized septic tank.

In the mafia, there is a name for what Pence and Barr did (Opinion) - CNN 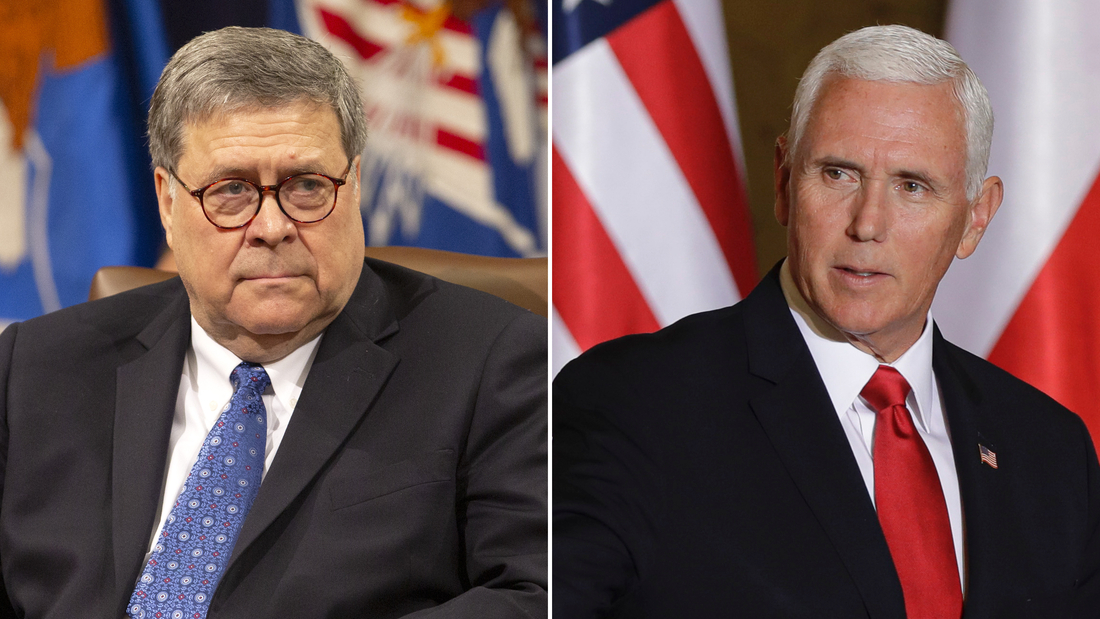 (CNN)As a federal organized crime prosecutor, I learned that the mafia uses a practice known as "kicking up" or "paying tribute" to the boss. Essentially, all members of a mafia family must make sure that some of their earnings end up in the boss' pocket. From the member's point of view, "kicking up" is a way to show respect, curry favor, and reinforce the hierarchical power structure. From the boss's point of view, it's a way to get rich.

The "kicking up" model works well for the mafia, and now a political version of it seems to be catching on within the Trump administration. Vice President Mike Pence has decided to stay at Trump's golf resort in Doonbeg, Ireland, during an official visit to Dublin (over a one-hour flight away, so not particularly close or convenient). On Tuesday, Pence's chief of staff remarked that the decision was made on Trump's suggestion. The Vice President's office later stated, "at no time did the President direct our office to stay at his Doonbeg resort." ...

Not to be outdone in the "posterior osculation" category (as Paul Begala colorfully put it), Attorney General William Barr reportedly will spend more than $30,000 of personal money to throw a private holiday party at the Trump International Hotel in Washington DC. Barr's defenders argue that he first tried to book two other DC hotels. But, of course, there are dozens of luxury hotels in DC that Barr could have chosen instead of one owned by Trump's company. Apologists can nibble at the margins, but there is no escaping that Barr's choice to patronize a Trump property, like Pence's, will put thousands of dollars in Trump's pocket.

Source: In the mafia, there is a name for what Pence and Barr did (Opinion) - CNN