I am not hypocritical here. Prime minister Trudeau has an intentional record of inclusion. I am less concerned about one’s heart and past than their actions that materially affect people.

Before I get into the subject, I have a confession. I am a black Caribbean Latino from Central American. I had seen many imported blackface films translated in Spanish on TV. I was not educated then to know the offensive nature of the practice and as such, I was not offended until I learned.

I talk to many people of all ethnicities. I have heard many say things or make assumptions mostly out of ignorance and not malice. When I decide that the act warranted an immediate pushback I do so. But unless one chooses not to learn after being informed, one should be forgiven.

Trudeau’s deed is not in the same realm as the President of the United States Donald Trump. He has likely the most inclusive government in the Western World. Trump has a documented racist record from verbal to housing to immigration and much more. It is important that we give every incident context. 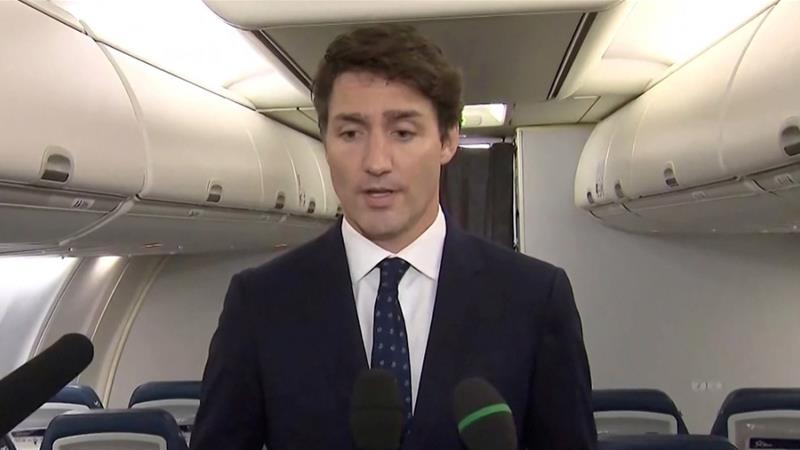 Canadian Prime Minister Justin Trudeau’s campaign moved to contain a growing scandal Thursday after a yearbook photo surfaced of him in racist brownface makeup at a 2001 costume party and two other similar incidents also came to light.

With the election a month away, Trudeau apologised and begged Canadians to forgive him.

Time magazine published the photo on Wednesday, saying it was taken from the yearbook from the West Point Grey Academy, a private school in British Columbia where Trudeau worked as a teacher before entering politics. It shows the then-29-year-old Trudeau in a turban and robe with dark makeup on his hands, face and neck.

Trudeau, who launched his re-election campaign a week ago, said he should have known better.

“I’m pissed off at myself. I’m disappointed in myself,” he told reporters on his campaign plane.

The photo of Trudeau was taken at the school’s annual dinner, which had an “Arabian Nights” theme that year, Trudeau said, adding that he was dressed as a character from “Aladdin”.

The prime minister said it was not the first time he darkened his face. He said he once did it while performing a version of Harry Belafonte’s “Banana Boat Song (Day-O)” during a talent show.

“I should have known better. It was something that I didn’t think was racist at the time, but now I recognise it was something racist to do and I am deeply sorry,” Trudeau said. “I’m going to ask Canadians to forgive me for what I did. I shouldn’t have done that. I take responsibility for it. It was a dumb thing to do.”

Late on Wednesday, Global News also reported on a third instance, broadcasting a brief video of Trudeau in blackface while raising his hands in the air and sticking out his tongue. A spokeswoman for Trudeau’s Liberal Party said the footage was from the early 1990s. The Canadian TV network said it was not clear where the tape was made.