CNN had the backup recording system rolling at the Democratic Debate as it picked up the tense exchange between Bernie Sander and Elizabeth Warren. 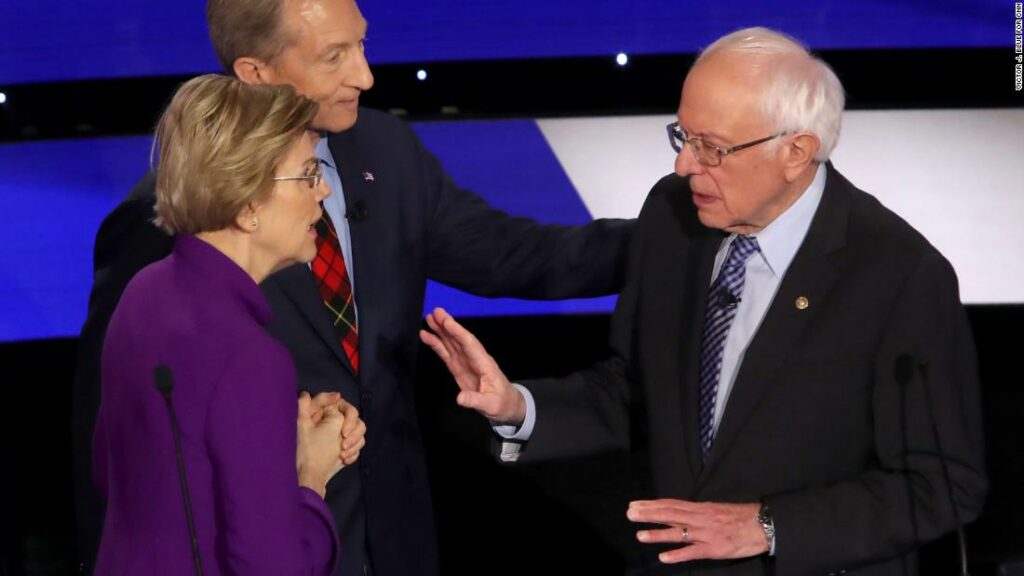 (CNN)In a tense and dramatic exchange in the moments after the Democratic debate Tuesday night, Elizabeth Warren accused Bernie Sanders of calling her a liar on national television.

Sanders responded that it was Warren who called him a liar and said they should not talk about it right then.

When the CNN/Des Moines Register debate concluded, the studio audience and viewers saw Warren walk over to Sanders and not shake his outstretched hand. The two senators seemed to have a heated and brief exchange before Sanders appeared to throw his hands up, turn and walk away. The video of the exchange aired live with no audio.

But sound of the moment was caught by CNN's microphones and found Wednesday.

There must be a misunderstanding in the context of whatever occurred between these two progressives. But Bernie was saying the right things before many.

I think we should put this one to rest and remember Warren's excellent comment.