If anyone wonders why I have been saying for some time I avoid the police as much as possible, this is classic. These officers know they are being watched but they know in America some lives don’t matter. There are generally no consequences for going just too far.

That is why it was so upsetting when this week a white woman who falsely accused a black man who asked her to leash her dog of threatening her called 911. She put on a complete act. It could have easily caused the murder-by-cop of another black man. 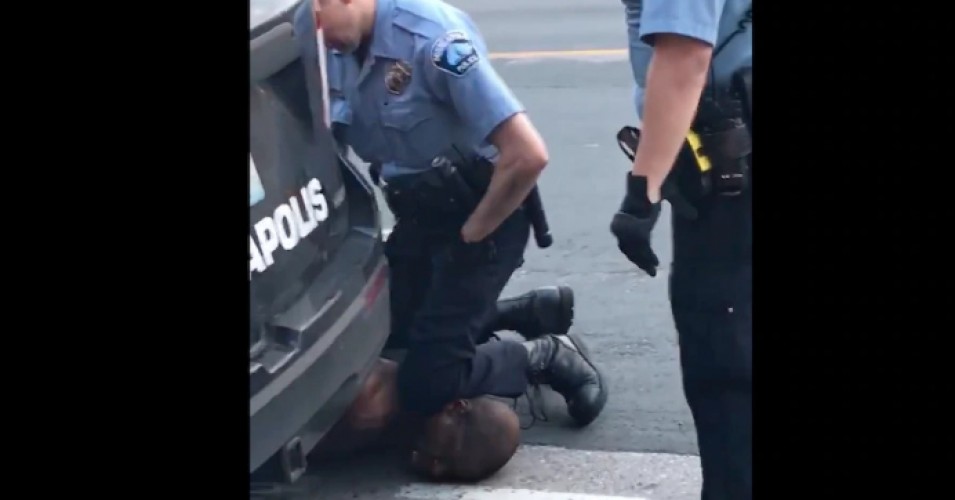 Video footage posted to social media Tuesday morning shows a Minneapolis police officer kneeling on the back of a handcuffed black man’s neck as he struggles to breathe and onlookers repeatedly warn the cop he is crushing the man to death.

The Minneapolis Police Department said in a statement Monday night that the man—who was identified Tuesday as George Floyd—died of an unspecified “medical incident” shortly after being transported to a local hospital, but eye-witnesses described the incident as outright murder.

“It is sickening to watch this black man be killed while helplessly begging for help. Black lives matter isn’t just a chant, it’s call for justice. It’s a call for our humanity to be recognized. This must stop.”
—Rep. Ilhan Omar

“The police killed him, bro, right in front of everybody,” said Darnella Frazier, who filmed the incident and posted a 10-minute clip on Facebook. “He was crying, telling them like, ‘I can’t breathe,’ and everything. They did not care… They killed this man.”

Floyd repeatedly says in the video that he cannot breathe as an officer keeps one knee on the back of his neck, forcing the victim to remain sprawled out face-first on the asphalt. The Minneapolis Police Department said the officers were responding to a “forgery in progress” and claimed Floyd “physically resisted officers.”

“He’s talking, he’s fine,” one of the officers on the scene says as bystanders plead in the video with the other cop to take his knee off Floyd’s neck.

“You’re fucking stopping his breathing there, bro,” replies one witness. Floyd eventually lost consciousness, but the officer continued kneeling on his neck until an ambulance arrived minutes later.