If we did not have the video, I would not believe this. 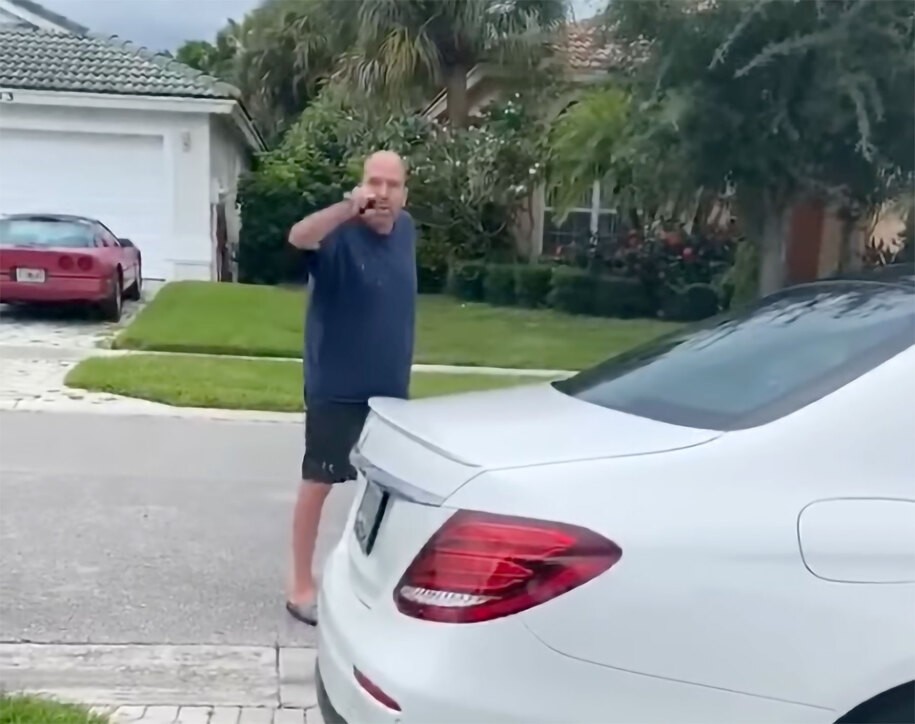 Tensions are high in the country. We are in the middle of a historic pandemic, our economy is going down the drain, our federal government is being dominated by a truly incompetent and cruel narcissist, and the racism and inequalities in our society have never been more transparent. But let’s be clear: the incidents of law enforcement, of “Karens,” and of white folks mistreating their Black neighbors are not new to this moment in time. We just have more personal recording equipment and easier ways of disseminating that information than we have ever had before.

According to the Palm Beach Post, Breonna Nelson-Hicks, 15, was riding around in a golf cart with other teenaged friends in her Wellington, Florida, neighborhood. In a police report, Nelson-Hicks said an unidentified middle-aged white man driving a Toyota sedan began following the group of teenagers. The man began very deliberately tail-gaiting the group and, according to Breonna, her group pulled over to the side in order to let the man pass. But it seems that man didn’t want to pass.

USCIS holds its employees to the highest standards of integrity and professionalism regardless if they are on or off-duty. We are looking into the matter that has been reported in the press about this individual’s off-duty behavior.

According to the report, when they stopped and the man in the car continued to just sit behind them, the boys in the group jumped out and ran while the three female teens began walking back toward Breonna’s home, where her grandfather was. Breonna is Black and her two friends are white, according to the Palm Beach Post. When the teens got close to the home the man reportedly began yelling at them, then stopped his car and got out to continue yelling at them. This is when one of the young women began recording the incident on her phone.

In the video, which you can watch below, the man menacingly tells the teens that they “don’t belong in this development,” to which the teens reply that they do, and that they live there. The man demands to know their name and where they live. “Why would I tell you any of this?” says one of the girls. The man threatens to have them arrested, and the girls say fine: “What did we even do wrong?” The man seems to walk toward a neighbor, who has come out of her driveway from across the street. He tells the neighbor that he “had to wait five minutes while they were strutting around the road.”